Skip to content
Now, everywhere is happiness, today ( August 5), Amit Shah presented the bill to revoke the section 370 for Jammu and Kashmir. On this occasion, people from all parts and even all category have full of happiness. They are celebrating it like eid and diwali. They are twitting about it.

Peace, prosperity and sustainable development for the people of #Ladakh and #JammuAndKashmir

After this speech Kashmiri Pandits: 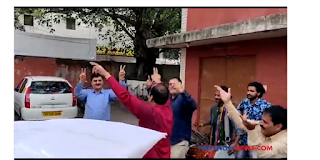 Delhi chief Minister Arvind Kejriwal  also support Modi govt. decision to remove the special status of J&K and twitted:
“We support the govt on its decisions on J & K. We hope this will bring peace and development in the stated.

Surjeet Sharma from from Jammu  and Kashmir tweeted:
I m from Jammu, I am feeling Proud that we have elected Modi Govt….#370gaya.
“ 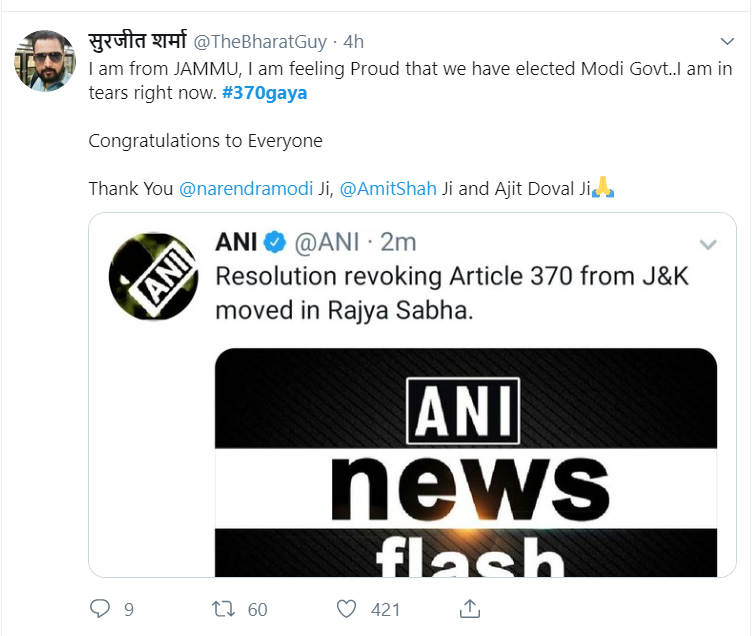 Rajat Ji From NDTV tweeted:” Congratulations Prime Minister @narederamodi and Home Minister @AmitShah for taking a historic step towards removal of #article370 and Congratulations to #J&K with #India.
He directed that A big mistake is corrected now.

Times of India tweeted the wording of BJD MP, Prasanna Acharya:
“” In real sense today, J&K has become a part of India. My supports this resolution. We are a regional party but for us nation is first.” According to Delhi-Magazine it’s the one of the best wording that any political leaders have ever said. Thanks to Prasanna Acharya ji.. We are feeling proud that we have such great leaders to serve our country. 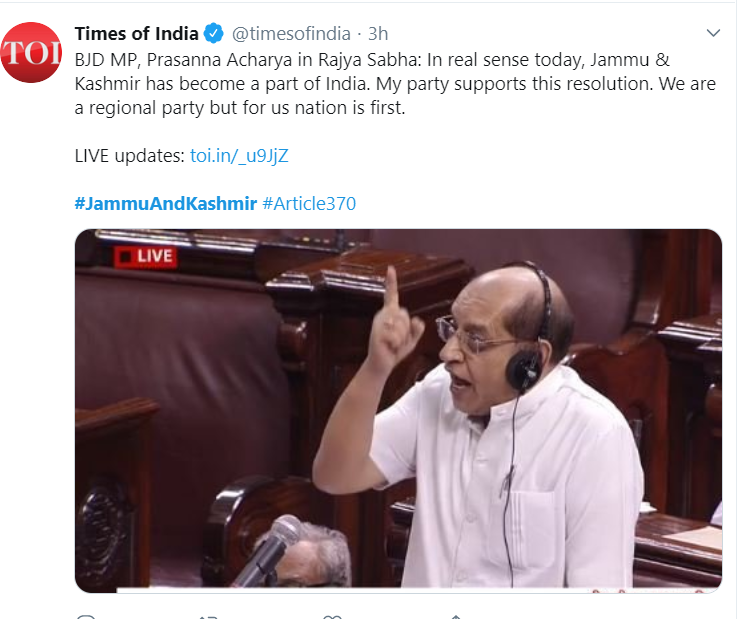 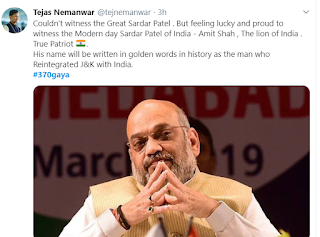 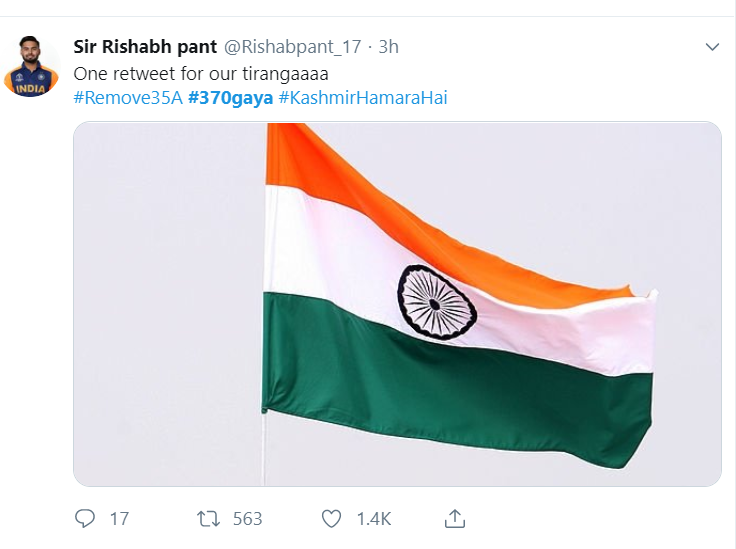 A twitter user Atul Mathur Twitted, “@akshay Bro ready for action. #370scrapped #370gaya” and a picture in Which Our PM and Action hero Akshay are together with caption, “Preparing script for your one more movie.” 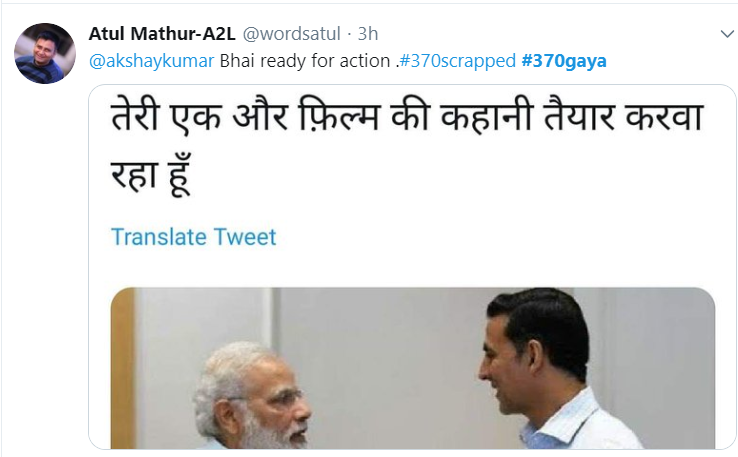 Another twitter user Sikhar Panday twitted a pic of congress mp and scolding him and caption with “gaddaar”. 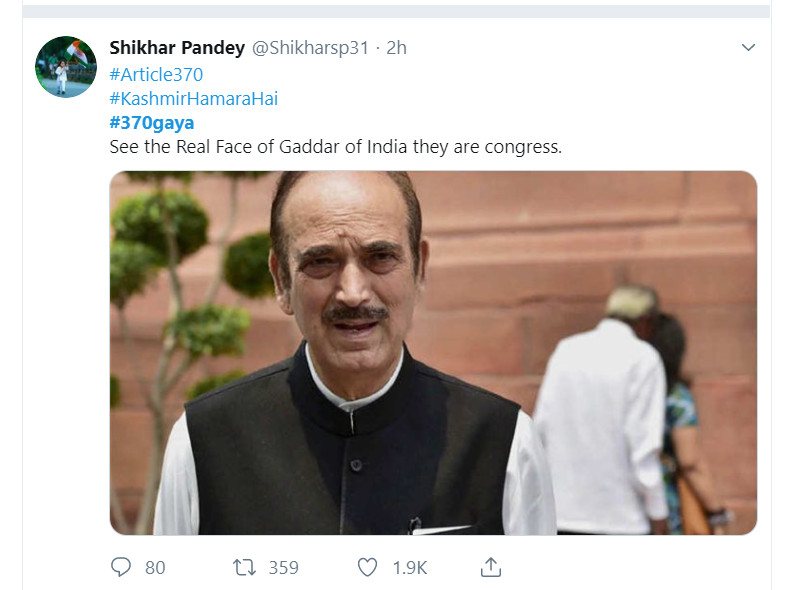