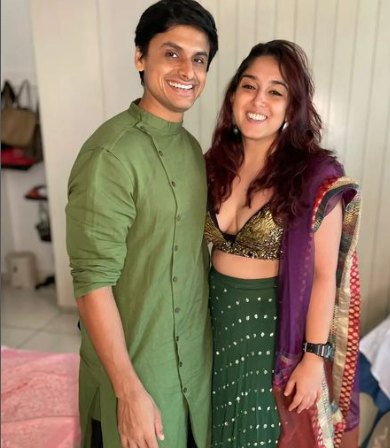 Bollywood Desk, Delhi Magazine: Bollywood’s Mr. Perfectionist superstar Aamir Khan’s daughter Ira Khan is all set to take her love life to the next level. Ira is engaged to her boyfriend Nupur Shikhare. Actually Nupur has worn a ring to Ira Khan in a film style by sitting on her knees. Both have shared the video of the proposal on their social media accounts. This video is becoming fiercely viral. From fans to celebs, they are wishing them a happy engagement.

A video of fitness trainer Nupur and Ira has surfaced on social media, in which Nupur is proposing Ira in a very romantic way.&nbsp;It is clearly visible in the video that Race approaches Ira in costume. Then he kisses Ira. After that, sitting on his knees, takes out the ring from the box and proposes to Ira and says, ‘Will you marry me?’ This proposal of Nupur is accepted by Ira immediately. Then Nupur makes her wear a ring. At the same time, the people present around cheer up for them. This video of both of them has been covered on social media. 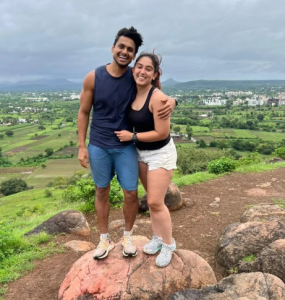 Ira and Nupur are dating each other since 2020. Fans like this pair of both very much. This couple often makes each other feel special by doing something. Photo-videos of both also keep coming out on social media. Ira’s boyfriend Nupur is a gym trainer. This cute video of Ira and Nupur’s engagement is becoming increasingly viral among fans. Celebs are also congratulating them.

As soon as he posted this video, it has become viral on social media. Many celebrities and fans have congratulated the couple by visiting the comment section. Many celebrities like Fatima Sana Sheikh, Sanya Malhotra, Huma Qureshi, Hazel Keech wished Ira and Nupur the best. Fans have also wished both of them by commenting on the video.

It is worth noting that Ira Khan has come in the headlines earlier for her birthday pictures. She was heavily trolled for the dress she wore while celebrating her birthday with her friends and family. Pictures and videos from her birthday celebrations went viral on social media in which her boyfriend Nupur Shikre and her parents Reena Dutta and Aamir Khan can be seen partying with Ira.

Who is Ira Khan’s Fiancee Nupur?

Nupur Shikre is 35 years old. He is a celebrity fitness trainer. Along with this, he has also been a state level tennis player. According to media reports, he has given fitness training to Aamir Khan as well as Sushmita Sen. while the
Unlike her father, Ira is not inclined towards acting. She started her career as a director in 2019. At that time she directed a play called Euripides’ Medea.