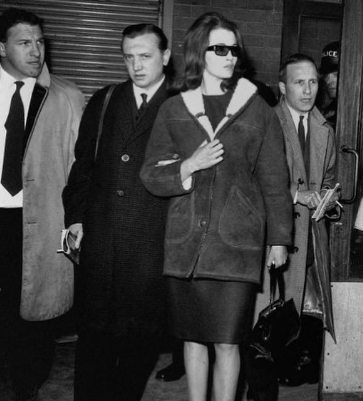 International Desk, Delhi Magazine: The Christine Keeler scandal rocked the London high society in the 1960s. After all, Minister of War John Profumo himself and assistant naval attache of the USSR in Great Britain Evgeny Ivanov were drawn into it. The spy sex scandal eventually led to the resignation of Prime Minister Macmillan, Labor came to power, and Keeler herself became part of “pop culture”.

Who is Christine Keeler?

Christina was born on February 22, 1942, her family lived in two old railway cars in the city of Uxbridge( England). Her father abandoned the family during the Second World War. Later, in her memoirs Secrets and Lies and numerous interviews, Kristin said that she had to work as a nanny from an early age, and her stepfather raped her as a teenager. He even offered 12-year-old Keeler to run away with him because he fell out of love with her mother.

The girl wanted to escape life in the provincial Uxbridge and the constant threat of violence. She admitted that she even had to sleep with a knife under her pillow, so at the age of 15 she left school and began working as a model in a clothing store in London’s Soho.

At 17, Keeler became pregnant by an American Sergeant in the US Air Force. The young man was African American and did not intend to marry Christine. He returned to his homeland when she unsuccessfully tried to get rid of the child. Christine gave birth to a boy, but the baby lived only a few days.

Miss Keeler made a bet on London, where she decided to settle permanently. First, she got a job as a waitress in a restaurant, and then as a dancer at the trendy strip club Murray’s.

It was at the club that she met Stephen Ward in 1961. Stephen was an osteopathic doctor and also a fashion artist. All the color of London gathered in his house. Later, in her autobiography Secrets and Lies, Keeler wrote that Ward worked as a double agent, having contacts with both high-ranking MI5 officials and the KGB, to whom he passed British state secrets. But there is no official public confirmation of these facts.

Kristin and her clubmate Mandy Rice-Davies became friends with Ward and lived at his house. And he introduced the girls to rich and influential gentlemen. So, Christine met the Minister of War Profumo at a beach party in the mansion of the third Viscount Astor, mediated by Ward.

Kristin also had an affair with jazz musician Lucky Gordon and his promoter Johnny Edgecomb. They completely lost their heads and even had a knife duel over Christine. And then Edgecombe came to Ward’s house, where she then lived, and started shooting.

Edgecombe was arrested, Christine was subpoenaed, and a scandal called the Profumo Affair began.

Christine Keeler Scandal – The Court and the Profumo Case

Keeler, trying to deflect accusations of prostitution from herself, began to talk about her connections with Profumo and Ivanov. With a Soviet citizen, the problem was resolved simply – on January 22, 1963, the Soviet government simply recalled him to Moscow.

But Profumo, Ward and Lord Astor, on whose estate Keeler met the defendants in the case, had a hard time.

At first, Secretary of War Profumo, husband of actress Valerie Hobson and heir to a multi-million dollar fortune, claimed that there was “nothing obscene” in his relationship with Keeler, but his letters to his mistress were presented in court, and everything secret became clear.

Keeler’s patron Stephen Ward was also involved in the lawsuit. He secretly approached the politicians, revealing that he lied about Keeler’s relationship with the Secretary of War, covering up for Profumo, and asking that the investigation against him be dropped. 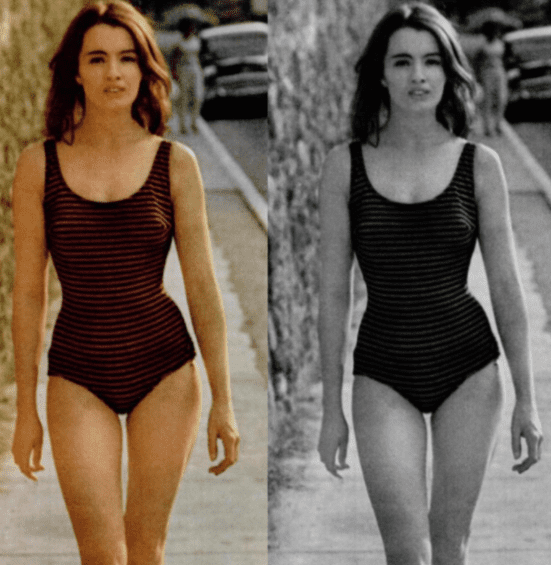 The leader of the Labor Party, and then Prime Minister Harold Macmillan, learned about the novel. Profumo confessed to his wife and the government and resigned. The whole story cost the conservatives power. Journalists condemned promiscuous aristocrats and politicians, and Labor said that Profumo’s affairs threatened national security – after all, he slept with Keeler, who was also dating a potential Soviet spy and who knows what secrets they exchanged under the covers.

A special investigation eventually found no evidence that Profumo was telling anyone British secrets or was disloyal to the government, but after the prime minister resigned, Labor came to power.

Oddly enough, but it was the minister who had sinned that escaped with little bloodshed. He was so remorseful of his betrayal and the fact that he had let down his party colleagues that he began to engage in charity work. The ex-minister became a volunteer in the Toynbee Hall organization, which helped the poor, and then led it. His wife forgave him and supported him in his desire to help the poor. The couple lived together until her death in the 1990s.

In 1975, Elizabeth II awarded him the Order of the British Empire, signaling to society that Profumo was “amnestied”. Margaret Thatcher invited him to her 70th birthday party, and when Profumo died in 2006, press obituaries portrayed him as a worthy man, not a sex scandal. 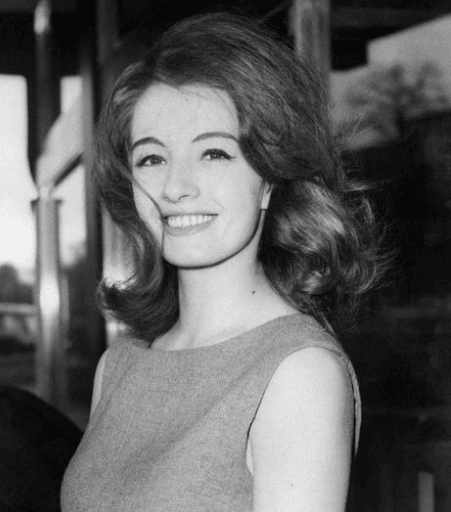 Stephen Ward was accused of immoral behavior, the details of his sex parties came out. He could not watch how the scandal buried his reputation and life and decided to take a lethal dose of sleeping pills.

Lord Astor, whose cottage hosted gay parties and a fatal acquaintance, became a social outsider and died in 1966, and the ill-fated estate was sold.

Yevgeny Ivanov returned to the USSR, divorced his wife and worked for almost twenty years as head of the analysis department of the GRU.

Keeler came to Moscow in 1993 and met with a former lover. According to her, he was “lonely and unhappy” and lived in a poor apartment.

Keeler herself became famous and tried to monetize the scandalous story in which she was involved. Moreover, her reputation could no longer be saved. A little later, she posed for the famous photographer Lewis Morley on a plywood chair with a wide back. A series of photographs became one of the symbols of the liberated era of the 1960s. 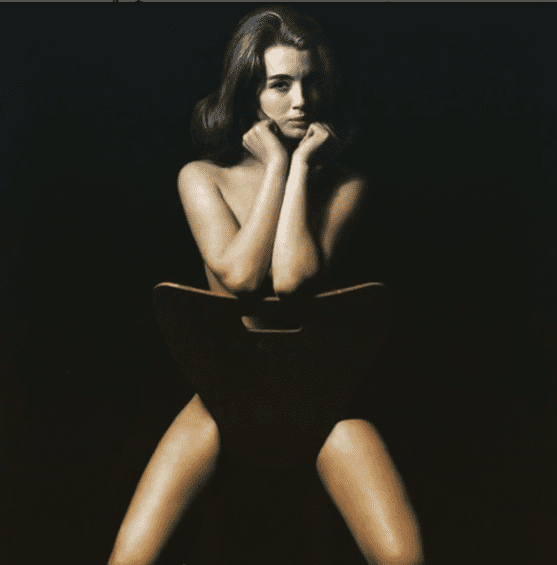 Christine’s pose in the photo became known as “Christine Keeler’s pose” and has since been cited in pop culture countless times.

Arne Jacobsen’s model 3107 chair was a bestseller, although Christine was seated during the shoot on a replica of the piece of furniture. Now the chair is in the Victoria and Albert Museum, as well as pictures of naked Keeler. Christine later claimed to have posed for the famous photo in her underwear.

Miss Keeler had to serve four of nine months in prison for perjury. She married twice and gave birth to two sons. The money earned from the scandal had to be spent on lawyers. For the last two decades of her life, Keeler lived alone in a small apartment. The only company she had was a cat. She wrote a book of memoirs, gave interviews in which she claimed that she was pregnant by Profumo, but had an abortion, and Stephen Ward was a Soviet spy and threatened to kill her. But at that time, the long-standing scandal was forgotten, the defendants in the case died, and therefore the press was not interested in these details. 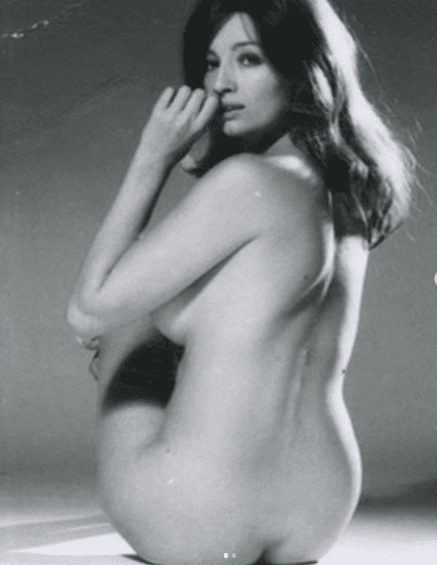 Christine Keeler passed away in 2017 from chronic obstructive pulmonary disease. Several films and series have been made about her life. In 2013, the biographical musical Andrew Lloyd Webber premiered.

Keeler became a symbol of her time (her portrait, taken in 1963 by Lews Morley, is one of the most famous British photographs of the 1960s), but never made a career as a model. As always happens in such cases, the Profumo case completely defined her life. For the next decades, according to her own later recollections, she lived on bread and water.

She worked in restaurants and laundries, hiding her real name; She married twice, gave birth twice and quickly divorced twice. She was sometimes remembered – in the late 1980s, when Bryan Ferry shot her in his video “Kiss and Tell”, and Joanna Whalley played her in the film “Scandal” based on the Profumo case; in 2013, when Andrew Lloyd Webber’s musical Stephen Ward was released in London. Sometimes she reminded of herself – for example, when in the early 2000s she released a memoir in which she statedthat Profumo had an abortion and that Stephen Ward was a Soviet intelligence agent who tried to kill her. Of course, no one believed her.

Life after the scandal

Towards the end of the Profumo Case, Christine herself ended up in the dock – the girl said that her ex-lover Lucky Gordon attacked her. Gordon did not admit his guilt, citing eyewitness accounts that the investigation could not find. As a result, Gordon was imprisoned, but almost immediately it turned out that he was telling the truth. But Keeler was accused of perjury – she was sentenced to nine months in prison, of which she actually served four and a half behind bars.

After being released, Christine continued to earn money by selling details of her connection to British high society to the media – she received royalties for interviews and filming. The modeling career never took off. Shortly after her release from prison, she married for the first time, but divorced rather quickly. The second marriage also lasted about a year. From both husbands, Christine gave birth to a son. After that, she vowed to get married – and she kept her promise, spending the last decades of her life alone. As Keeler later said, in the 70s she barely made ends meet. And then she discovered her writing talent and began to publish memoirs, flavored with juicy details of a story that interests everyone. In one of the books, Keeler wrote that during her relationship with Profumo, she became pregnant, but decided to have an abortion.

Christina Keeler died on December 4, 2017, having long outlived all the main participants in the Profumo case. She was 75 years old. She spent most of her life alone.

You would also love to read about famous body builder Kristen Nun.