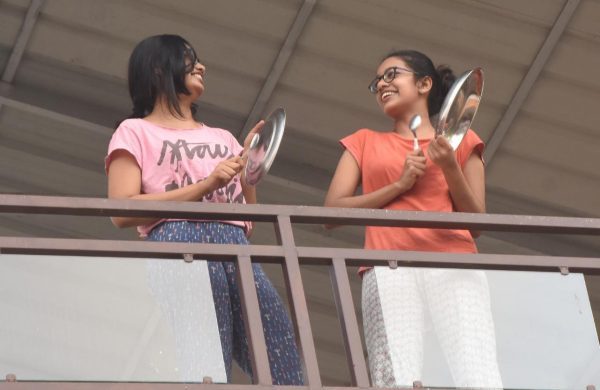 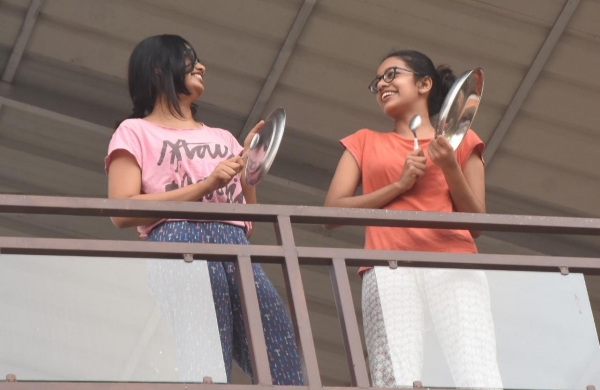 Upon the request of the respected Prime Minister Narendra Modi, Indian citizens thanked the health workers with a loud applause that soon turned into beautiful voices of spoons and plates as if each one was thanking it their own way. This moment became emotional for many as tears came out naturally on seeing everyone in solidarity with one another. At 5:00 p.m. the country stood united in gratitude towards the efforts of the health workers who are working day and night for the betterment of the citizens of the country. 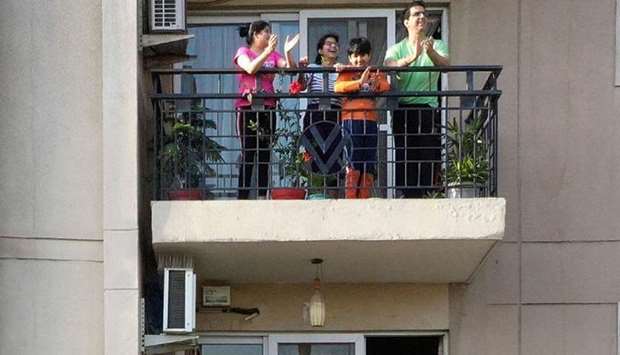 They say that good things and positive vibes attract more goodness. Coming from the European countries, where each day at a fixed time, the people of these countries stand united against the Corona Virus. They reflect their thanks giving attitude towards the doctors and nurses who are working tirelessly in healing the ailing. People clap, horn or sing at a fixed time every day to encourage the doctors, nurses, people in the healthcare sectors and social workers.
In the past few days, in Italy, Spain, France, Switzerland, Sweden, Turkey, people have tried to show their gratitude in this manner. The entire area resonates with the thunderous applause in the darkness of night. This applause is dedicated to doctors and nurses. The videos are also becoming increasingly viral on social sites.
On the request of Prime Minister Narendra Modi, countrymen yesterday thanked the people serving others with a loud voice.
In Spain, at eight o’clock, people clap near their windows or balconies. Some used to sing songs, some danced and encouraged the doctors and service providers. Such efforts also give an impression of people’s loneliness and how at each step they want to stand up with each other.

Similarly, in Italy and France, people living in isolation in their homes are expressing gratitude. Whether people are in residential area or hospital or office, people are clapping all over the place and doctors are being greeted with respect.

Due to this effort of the common man, the desolation of the city gets a little far between eight-nine o’clock at night. The situation in France has become so bad that a day has taken lives of hundreds of people. While Spain and Italy are already completely locked down.  In France, they have started imposing fines on those who needlessly move out of the house. The situation is that people are not even seen around the world-famous Eiffel Tower in Paris.
In Sweden at eight o’clock at night, a clap of gratitude rings from the window or balcony of the house. During this time, people driving on the road pay respect by honking in their vehicles. This effort emanates  positivity and is much appreciated.
Such a campaign is boosting the morale of the doctors, nurses and other health workers. On the other hand, doctors are of the opinion that such campaigns are positive for the mental health of the people living at home. Among those who have isolated themselves to protect themselves from coronavirus, such activities bring each other closer psychologically.
Through them, from knowing the speed of the neighbour to online studies, shopping, job interviews are being done. The number of employees working from home to work (work from home) is also quite high. After isolating themselves, people are doing all their important work from home.
At the same time, hospitals and health workers are working day and night to take care of the patients, giving information to the people on the telephone and spreading awareness. There are many doctors and nurses who have not been home for several days and are constantly treating patients. While treating patients, some doctors have also suffered from coronavirus. Some have also lost their lives. These unmatched efforts will always be remembered and will be written in golden words in the history of the country.

One thought on “Janta Curfew Updates: Solidarity in This Hazardous Time is Vital”