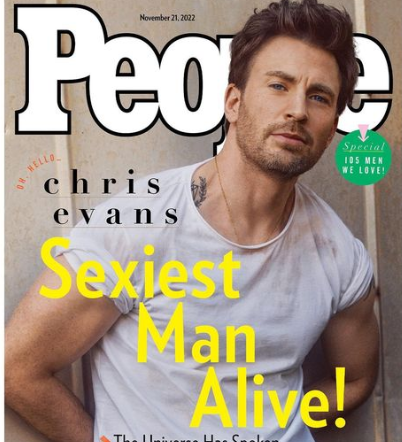 As the 41-year-old actor himself told reporters, this news pleased his mother Lisa most of all. “She’s proud of everything I do, but that’s something she can really brag about,” Evans said. But friends, according to the actor, will make fun of him.

Boston native Evans began acting in films in 1997. He is best known for his role as Steve Rogers (Captain America) in Marvel films. In 2014, he tried himself as a director with the film Before We Part, in which he also played one of the main roles.

The tabloids wrote about Chris Evans’ novels with various actresses, such as Jessica Biel, but he never married.

Last year, People voted actor Paul Rudd, who plays Ant-Man in the Marvel franchise, as the most attractive man.