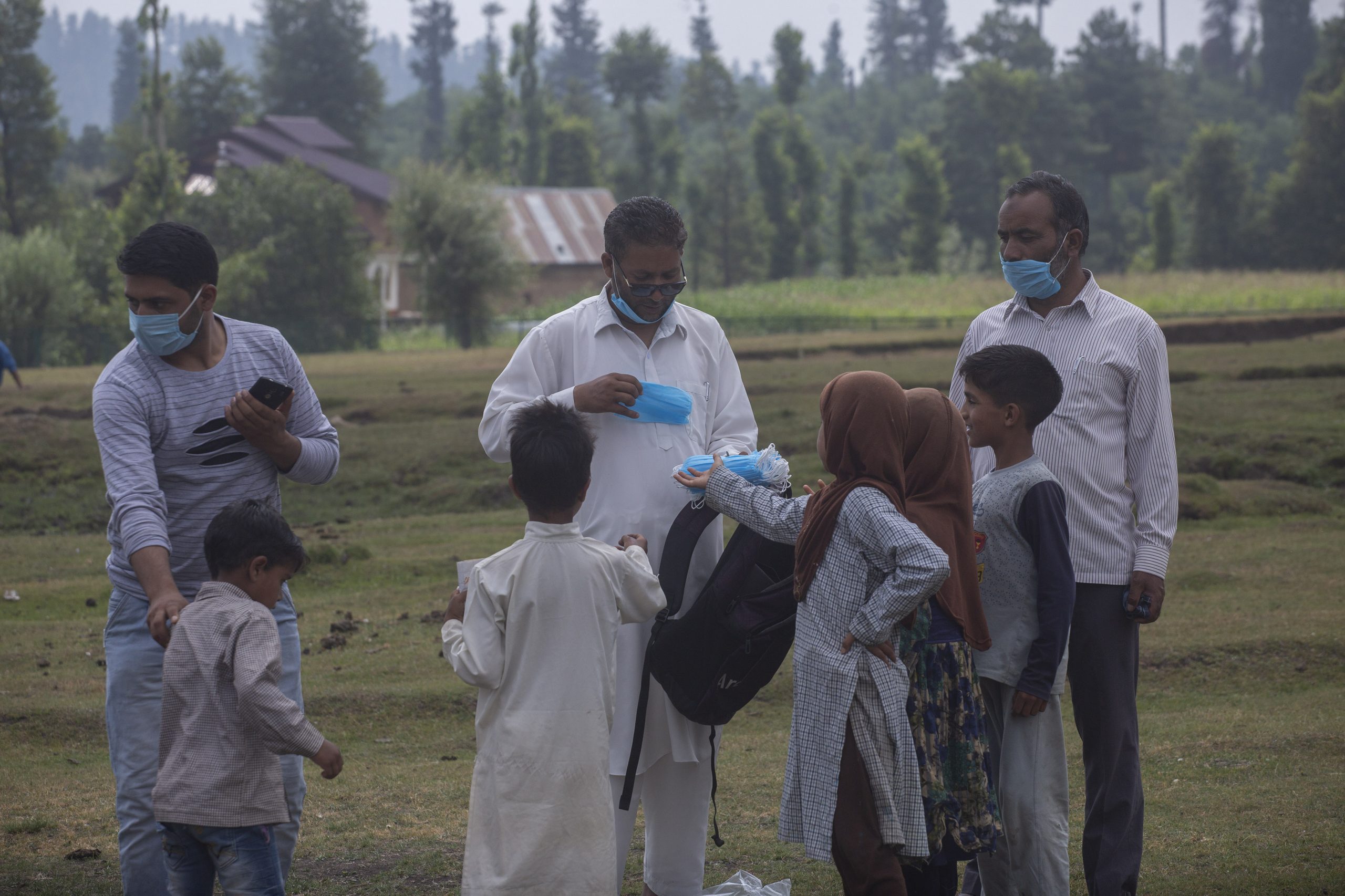 `Corona Pandemic has hit everybody very hard. Not just the work front for the workforce, but also education and other children’s activities. Schools across the country have been closed for the last four months due to Corona. Corona infection is spreading rapidly in the country, which is why schools are not allowed to open even after Unlock-3.   Although the government allowed the online medium of education which did bring some relief to the children. However, the economically weaker section did not get relieved even after this. In fact their problem enhanced further. A need of an internet connection and a device for online classes became more pertinent.

But not all the state governments remained ignorant of this issue. The new government of Kashmir made a considerably wonderful effort to educate all the children irrespective of their financial status. In the villages of Kashmir, children are now being educated through the Open Air Community School. These classes are held in open fields and on the mountains and social distancing is also taken care of. Also, masks and hand sanitizers are also given to children before the classes start. Children are placed in eight groups according to their age.

School Teacher Fatima has a big role in this

Some children could not access virtual classes in the absence of mobile, internet. Some  parents claimed their inability to buy a smart phone that could align with their online classes. Fatima explained to those children about the way to connect. For this, she discussed with the Commissioner Secretary and Director Education and eventually initiated  the idea of ​​Open Air Community School.

Another teacher Manzoor Ahmed says that he did not like getting paid and not doing his bit as a teacher. So he decided to teach the children in an open school environment instead of the school building.

Kashmir has often seen endless days of school holidays, this year it is due to pandemic and last year it was owing to the removal of Article 370, abolishing the status of special state from Jammu and Kashmir. A few months after the curfew about Article 370 was lifted, lockdown  happened again due to corona.  .

These community schools do not have arrangements to avoid sun, rain

A student studying in 8th class in this community school, which operates in Tangdhar, said that everything is fine here but studies cannot be done in the hot sun and rain, if the authorities arrange tents here, then we will do better. At the same time, Anisha Johar, who studies in 7th grade, says that earlier teachers used to come and teach in homes, there was not enough space in the house that we could study but it is nice to study in community school.

These feedbacks reflects the zest in the children to study and learn. We wish they are granted the best education and are empowered to make right decision in life.

Are you struggling to find sources of images and videos in one go? Today, we want you to know that the reverse search...

“China’s actions against the Uyghurs are genocide” – the United States

The US government considers China’s actions in the Xinjiang Uyghur Autonomous Region “genocide” and “crimes against humanity.” The statement was made by US...

Phil Spector: Imprisoned US Music Producer Died at the Age of 81

The imprisoned former US music producer Phil Spector is dead. He died on Saturday at the age of 81, as the prison authorities...

French Interior Minister Gérald Darmanin announced today that nine mosques or Islamic places of worship have been closed in recent weeks, following a...

The delivery of Bharat Biotech’s Kovaxin has also started a day after KoviShield of Serum Institute. The first consignment of Kovacsin was flown...