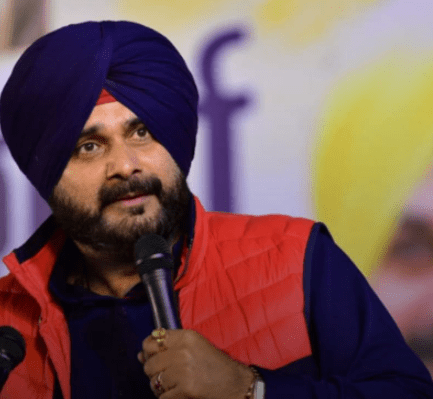 Political Desk, Delhi Magazine: There has been a political uproar in Punjab after Navjot Sidhu called Pak PM Imran Khan as his elder brother. It is noteworthy that a video of Punjab Pradesh Congress President Sidhu has gone viral on social media, in which a Pakistani official is seen welcoming him on behalf of Imran Khan and the Punjab Congress President is heard saying that Khan is his “He is like elder brother and he loves him very much”. People of all parties are taking advantage of this opportunity. After BJP, now Akali Dal and AAP have also opened a front against Sidhu. Former Union Minister Harsimrat Badal said that Sidhu’s statement is an insult to the Indian Army. He termed Sidhu’s statement as a threat to the peace and communal harmony of Punjab.

Former Indian cricketer Gautam Gambhir said that India has been fighting Pakistan-sponsored terrorism for 70 years and it is shameful that Sidhu is calling the Prime Minister of a terrorist country his elder brother. Taking to Twitter, Gambhir wrote that send your son or daughter to the border and then tell the head of the terrorist country as your elder brother.

Send ur son or daughter to the border & then call a terrorist state head ur big brother! #Disgusting #Spineless

Tarun Chugh said in a statement that it is the saddest thing for Punjab and the country that Sidhu does not have words of praise for his motherland in Pakistan, but he is praising the Prime Minister of Pakistan, who operates drones and drones in Punjab. Sending tiffin bombs. He said that Sidhu loves Pakistan more than India and is behaving like an agency of Pakistan here in Punjab.

Harsimrat said that Imran Khan and his government try to create unrest in Punjab all the time. Sidhu is making such people the messiahs of peace. Harsimrat said that Sidhu did not lose anyone in Pulwama, Mumbai and Pathankot. Punjab is suffering a lot due to the narco terrorism of Pakistan’s intelligence agency ISI.

The Lok Sabha member from Anandpur Sahib in Punjab asked, “Have we forgotten the martyrdom of our soldiers of Poonch so soon?

AAP Punjab’s co-in-charge Raghav Chadha called it a matter of concern. Sidhu is calling this controversy to make a mess of things. Sidhu, who returned from Kartarpur Sahib on Saturday, spoke to reporters at Dera Baba Nanak. On the controversial statement, Sidhu said that he does not want to say anything on this.

Sukhbir’s question to the Gandhi family, does he also agree in this?

Akali Dal chief Sukhbir Badal said that Sidhu is insulting our brave soldiers by continuously reading the ballads of Pak PM Imran Khan. The Gandhi family should tell whether these words of Sidhu are personal or this is the thinking of the entire Congress. For us the country is above all and will not let it weaken at any cost.

You would also like to read:  Vastu tips for home.