Political Desk, Dehi Magazine: Russian tiktoker Danya Milokhin  may be recognized as a foreign agent. Vitaly Borodin, the head of the Federal Project for Security and Combating Corruption, sent a corresponding request to the Russian Prosecutor General’s Office, the Shot Telegram channel reports.

“Milokhin had many ways to develop in Russia, but he made his choice by fleeing abroad,” reads the text of the letter addressed to the country’s Prosecutor General Igor Krasnov. 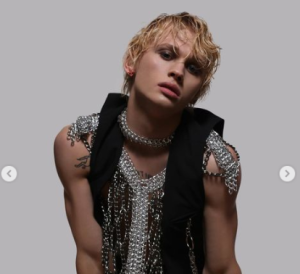 Milokhin was at the center of a scandal due to the performance of the Ukrainian anthem during the stream. After that, criticism from the Russians rained down on the blogger. Tiktoker tried to justify himself by the fact that he had previously sung the Russian anthem. You would also like to read: Angel No. 1111.

At the end of October, Milokhin announced his departure from the Ice Age show. The blogger explained the decision by the fact that he was tired, and he was tired of skates. According to media reports, after refusing to perform in the show, the tiktoker flew to Dubai, and from there to Los Angeles.

Earlier, singer Olga Buzova expressed the opinion that rapper Morgenstern * betrayed the Motherland. She stated that she no longer listens to this artist, who left Russia.