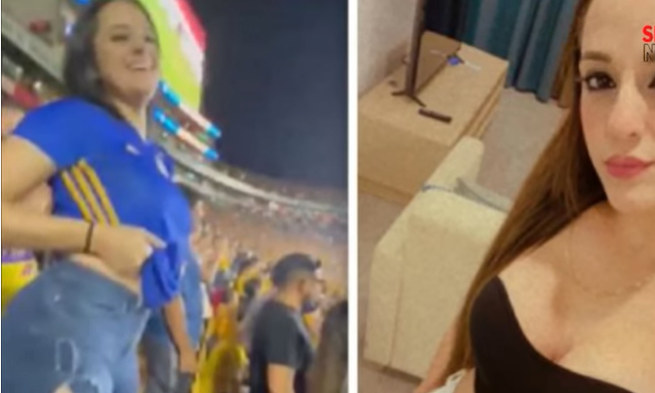 Sports Desk, Delhi Magazine: A Mexican female soccer fan went viral this week after exposing her breasts in the stands to celebrate a goal scored by her favorite team. The video has reportedly garnered over 2.2 million views on social media, with soccer fans cheering on the young girl. 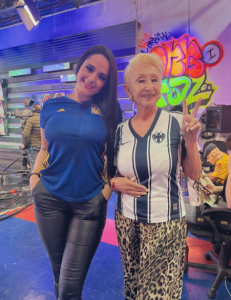 The incident occurred on October 13, when the Tigress UANL soccer team faced CF Pachuca in a championship game in New Leon, Mexico, Jam Press reported. The home team Tigers got a penalty kick and scored in the last minute of the second half. They won the game and the crowd went uncontrollable at that point.

The girls name is Carla Garza. She has gone viral for lifting up her shirt and exposing her breasts in response to a Tigres UANL goal in Friday’s match against Pachuca. Former France international Andre-Pierre Gignac tucked home an 88th-minute penalty to win the game for his side.

In the footage, the female fan can be seen lifting her blue shirt and showing her boobs in front of thousands of enthusiastic fans. At one point one of the people standing in the crowd clung to her to take a selfie with her.

Needless to say, the video caused an uproar on social networks, with several surfers sharing their opinions with each other in the comments. Many praised the young woman, on the other hand, many criticized her for the fact that there are very young girls in the audience who can take an example from her actions. “She looks so happy, I don’t know what you want,” wrote one commentator.