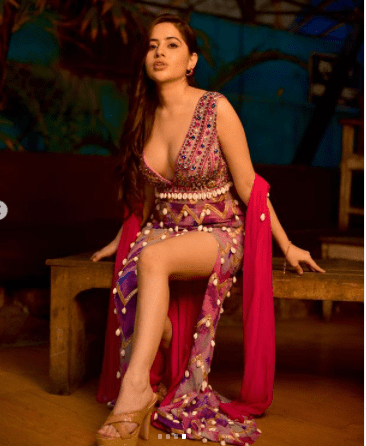 Entertainment Desk, Delhi – Magazine: Actress Urfi Javed, who appeared in Bigg Boss OTT, often remains in the discussion about her looks and outfit.
With her fashion choices, Urfi Javed, who has blown the minds of the people, is once again seen in a wonderful style.
Urfi Javed has shared some pictures on his Instagram account. In these pictures, Urfi is seen wearing a hot pink color dress. This urfi dress was looking very beautiful.

Urfi Javed looks amazing in a dress with deep neckline and Thai high slit. She has also carried a hot pink color dupatta with this dress. While sharing the photo, Urfi told that he is very excited for his birthday.
Urfi wrote in the caption of the photos, “My birthday is coming. By the way, I do not get much enthusiasm about birthdays. But this time I am going to be 25.” Actually her birthday is on this 15th Octber.

And whose birthday falls in October? Are you a Libra like me?’

Storng Reply to Trollers and haters

Urfi Javed shared a video on her Instagram, in which she is seen replying to those who have trouble with the bold fashion of the actress. In this video, Urfi has told that she is being discriminated against. Also, the actress has talked about Star Kids. Urfi is seen saying in the video, ‘I wore a bikini, so I became cheap and am showing skin. But when star kids wear bikinis, they look so bold. 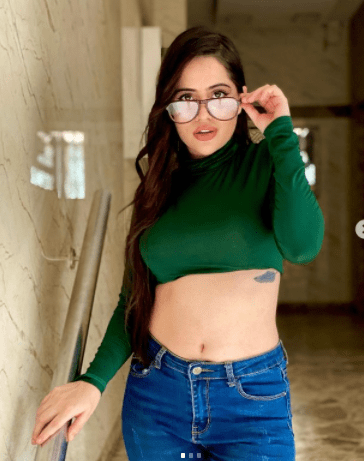 Urfi is mostly seen in glamorous look. Sometimes flaunting a bra in a short denim jacket, sometimes cutting a T-shirt and making a half-shoulder top, Urfi, who comes into the limelight, not only stuns people with her western look, but also looks amazing in saree. Urfi has been seen in saree many times. Urfi specializes in carrying simple printed cotton sarees in a stylish, glamorous and bold style.

You would also love to read about bollywood dance queen – Nora Fatehi.