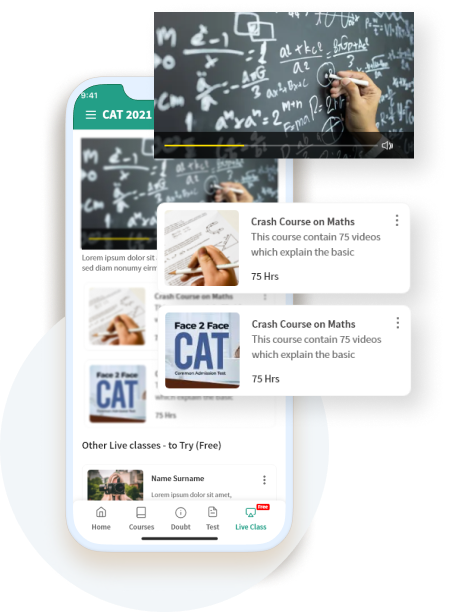 Press Release Desk, Delhi Magazine: The EdTech industry in India is a billion dollar industry and according to reports the industry has also been one of the biggest job creators in the past few years. However, talks around the future of this industry have risen and questions around its success and failure are more prevalent than ever before. Whether this industry is going to boom up the economy in days to come or no can be a topic of discussion for another day, an EdTech company that is making news and has taken a bold step is EduCrack as they have recently announced having declined a funding of INR 20 Crores from Chepall Technologies Private Limited Pune. The organisation further added that they do not wish to compromise on the quality of education and believes that the way forward would be by not being in the valuation game but the value ecosystem.

While the industry is undergoing some massive reworking on its model as offline schools are back to life and it witnesses a dip in its online users. Now, how the existing platforms find a way to co-exist with an offline and online model is something that only time can tell. The major focus for EduCrack amidst this transition has solely been on ensuring that the quality of education they deliver to students is not hampered in any manner. ‘We need to re-examine the entire ideology of valuation-based businesses rather than profit-based businesses, while providing quality education. Very often in a valuation-based model, popularity is mistaken for quality. While profit is a key aspect of any business, at EduCrack, delivering quality education is something we won’t be compromising on. EduCrack is here for the long haul and with Lexicon as its promoter that has been around for nearly 20 years, we are certain we will accomplish bigger milestones together, says Anand Bhushan, CEO EduCrack.

Another interesting aspect about the valuation game is that it depends on the number of people using the service. For increased users the price of the service rendered has to be lesser than the competitors which isn’t always feasible. Valuation also depends on the quantity of content available, which in turn depends on the quantum of advertising. The cost of generating business, thus is disproportionately large. “In todays world people get confused between Value and Valuation. Through our institutions our focus has always been about adding value and growing through a value-based system and this has been the catalyst to growth for our students, partners, and us. At EduCrack we want to continuously add value through quality faculty, content, technology and social engagement (EduMeet at EduCrack) and thereby creating a value ecosystem for our students to prosper, gain and achieve their true potential. Our team’s singular focus is the students, and the financials will there by fall in place on its own. Nasir Shaikh, Group CEO – The Lexicon Group of Institutes, MultiFit and EduCrack.

Moreover, to generate and deliver more content the cost of human resource is high compared to a local education centre which is focussing on a limited geographical area. “In the valuation model of business, profits will happen at some point of time in the future. Valuation is based on present value of future cash flows, not on the ability of the organisation to generate sustainable profits. This is one of the reasons, why EduCrack has decided not to go in for the valuation game and turned down investment from Chepall Technologies Private Limited Pune in EduCrack to the tune of INR 20 Crores, says Neeraj Sharma, Vice Chairman – The Lexicon Group.

EduCrack have always believed in giving students what they need and not what they want. EduCrack believes in sticking to our ideology. While there may be many who provide education, not many who provide quality education. EduCrack strives to achieve the highest standards in quality which they believe is not possible if they indulge in entertaining rather than educating.