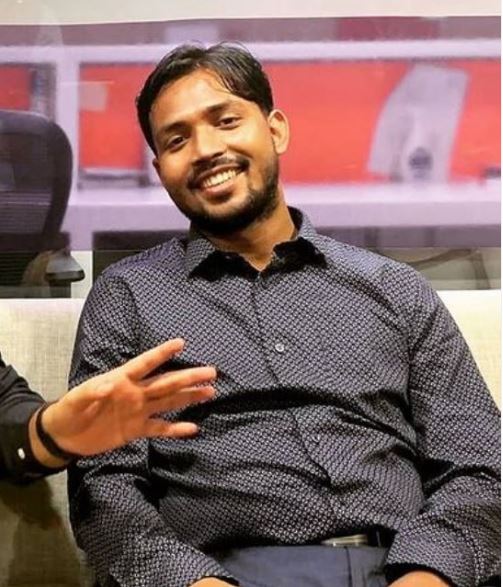 Who is Khan Sir ?

Khan Sir is the founder of Patna’s famous coaching institute “Khan GS Research Center”. This institute prepares the children for the entrance examination of government jobs. These institutes in Patna are considered as the best for UPSC, UPPCS, BPSC, BSSC, UPSSSC, SSC, Bank, Railways, Airforce Coaching.

In April 2019, he opened a channel on YouTube – named “Khan GS Research Center”. Now this channel has become the reason for the popularity of Khan sir all over India. His YouTube channel added 10 lakh subscribers in just one month! 10 lakhs, in 1 month! There will hardly be any such fast growing channel of education channel. You can guess yourself on the specialty of Khan sir.

Khan sir’s teaching technique is so simple that anyone can understand any subject very easily through his videos and classes done for him. Apart from these, Khan sir also makes videos on various current affairs of the country, today his videos are seen in millions. Khan sir prepares students for general studies. Khan Sir is quite famous in Patna and all over Bihar. He was very popular among his students.

Khan sir was born in a middle-class family in Gorakhpur district of Uttar Pradesh. His father was working in the army. He is retired at this time. His mother is a housewife. He has a brother who is a commando in the Indian Army. Khan sir teaches children in a very different way. Due to which he remains in the discussion. However, a lot of people want to know his name? Because, there is a duality among people about his name and many kinds of things are also happening.

His real name is Faizal Khan. But Some people claim that his name is ‘Amit Singh’. In a video too, he has said that people know him by this name. He is also know as 2nd Abdul Kalam.  Khan sir answers questions from history, geography to Hindi, chemistry and physics in an excellent manner. The big thing is that more than 92 lakh people have subscribed to the channel of ‘Khan Sir’ on the social media platform YouTube.

Salim Ali along with Khan sir did his schooling from Parmar Mission School in Bhatparrani town of Deoria district of UP. Salim Ali, who was with him in school, told that the real name of Khan sir is Faisal Khan.

A Teacher Mahendra Sagar, who taught with Khan Sir at Khan GS Research Center in Patna, had told that he has been teaching in this center for four years. Khan sir’s name is Faizal Khan. The owner of the building in which this center is located has all the documents in which his real name is written.

Khan sir completed his primary schooling from Gorakhpur. He was interested in studies since childhood. Khan sir has done his graduation from Allahabad University. He was preparing for IIT engineering exam in 12th, but the day the exam was held, he kept sleeping and missed his exam. Then he did a simple graduation. It has always been their wish that small goals should be set and complete efforts should be made to fulfil them. He was part of the Student Union at Allahabad University. For some reasons, he had to go to jail thrice because of this. He, however, never gave up and kept working hard to achieve his goal.

khan sir teaches in very comedy style. The student enjoys it, however his idea behind it is that the study should be made entertaining to make everyone feel like studying. They believe that by adding real examples of life to the students, they get completely penetrated in the mind of the student, studies are never considered boring to him.

They run an orphanage and devote a lot of time and attention here. During the Corona virus epidemic, he was most worried about this orphanage. By God’s grace everything went well. He opened a cowshed to protect cows and periodically organizes programs to help poor people. He has dedicated his entire life to the development of the country.

Why Khan Sir is So Much Popular?

YouTube released the Top 10 Creators List in 2020, in which Khan Sir was ranked 8th in the whole of India. His videos have also been appreciated by big artists like Anupam Kher and Shefali Vaidya.

But, recently, Khan Sir had made a comment, about which the atmosphere is hot. He shared a video on France-Pakistan relations. There was a picture in it. In which protests are going on in Pakistan to send the French ambassador back from the country. Children are also participating in this. Pointing to the picture of a child; Khan says, Sir, what does this little child know what an ambassador is. The length of this child is shorter than the poster, child should read and write. Do not come at the behest of the father. Abba is only making punctures. If you people do the same, then you will also get punctured when you grow up. After this, a fundamentalist class was angry with him.

Family : Father, Mother and one Brother.

In the examination conducted for certain posts by Railway Recruitment Board, the same candidate has been selected by the Railway Board for many posts, due to which many students have been deprived of the selection. Angered by this, they are protesting. Angry students say that their protest will continue until the results improve. Angry students are demanding to call the Railway Minister. The candidates are agitating for this demand.

In Patna, in addition to six coaching operators and 20 candidates, an FIR has been registered against 650 unknowns, 1200 unknowns in Gaya, 150 including one coaching operator in Buxar, four nominated and 500 unknowns in Arrah. So far 10 FIRs have been registered across the state. In this case, ADG Nirmal Kumar Azad says that at present the investigation of all electronic and other evidence is going on. As soon as the accused are identified, they will be arrested.

Khan sir of Patna has appealed to the students not to participate in the bandh. He has released a video on Facebook late night saying that the Prime Minister and the Railway Minister have intervened in this matter. The mistake is of the RRB, which will be rectified after the intervention of the Prime Minister and the Railway Minister. Students will make a movement and others will enter into it and commit violence. The demands of the students have been fulfilled, now the agitation is over.