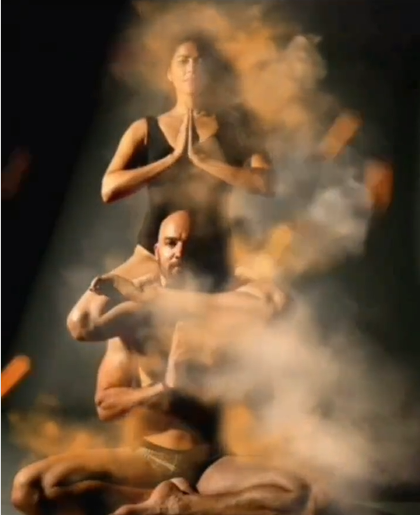 Usually women are considered weak and suitable for household chores. However, this thought process has been disregarded by women of strength. Such women have not only shouldered responsibilities of managing their house hold chores, but also financially supported the family. There are women who have attained popularity outside the periphery of their country. Their caliber and strength  has been recognized and appreciated worldwide.  Today, we are introducing you to such a brave woman, Mandeep Kaur Sandhu, who is founder and Instructor at Mandeep Hot Yoga. Let us know who is Mandeep:

Mandeep Kaur Sandhu is an acclaimed Teacher from The Bikram Yoga College of India – USA. She has trained under the maestro Bikram Choudhury, a pioneer in Hot Yoga all over the world. Post her training she has been an Instructor in Bikram’s Yoga Centre – Mumbai before she decided to take the initiative in developing her own series for the benefits of Yoga students in India and all over the world.

Born in India – Haryana in 1984, Mandeep Kaur once struggled through school. But she still had an inner craving to discover her purpose in life, and sought knowledge in different ways. After engaging in an intense 10 year practice in yoga, Mandeep Kaur came to the realization that her energy—and all humans’ energy—is one with the energy of the entire universe. She also concluded that humans can either heal or destroy Earth based on how they harness the power of their yoga. Those realizations have been the inspiration for Mandeep Hot Yoga.

Mandeep Kaur, is striving to share her vision in new ways, and wishes to empower individuals to positively change themselves, and the world, through yoga. 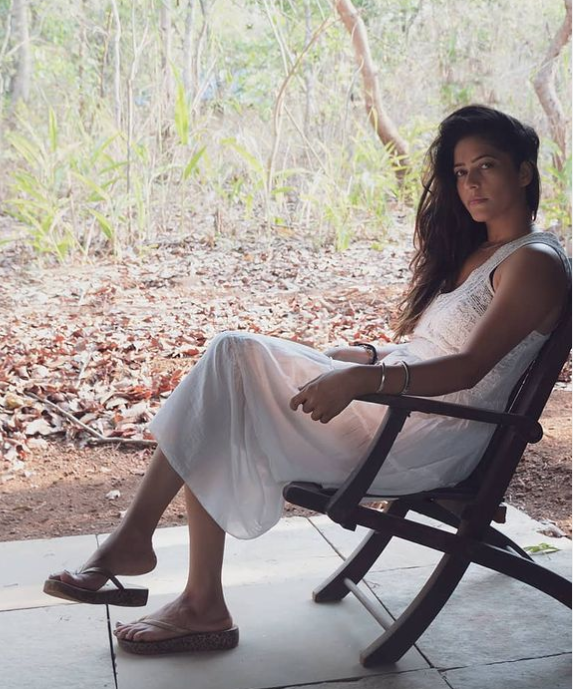 Q: Mandeep tell about your journey to Yoga?

I come from a very small village which is Chauwala, and it’s a part of Yamuna Nagar District from Haryana.

My Father is a Retired Army Subedar from the Indian Civil Service, and my Mother is a retired Government School Teacher. You can say being a teacher was always in my Blood (she laughs).

Coincidently I also landed up being a teacher, in Yoga. Since childhood, I used to be very attracted to Yoga, Malkhamb (which is an oldest practice in Yoga) and sports like Rifle Shooting, Archery etc. So while I was growing up I used to keep watching and practicing on my own. As my family was not into all this, they would not encourage much into these activities. So you can say, I was like a Lone ranger, pursuing my dreams on my own.

But my actual Yoga practice started once I joined my College. I was in Hindu Girls College which is a part of Kurukshetra University from Haryana.

While going through my education I independently decided to participate in Yoga’s competitive event. My teachers and my Family were bewildered once they saw me winning Gold Medals for my College & Universities, later leading that into National Competitions. But once they saw me excelling in these games, everyone was very supportive, and hence you can say my journey into Yoga officially began, post that.

Q: But how did you become an Instructor and a Yoga Studio owner ?

So I was very comfortable and happy with my life as a Yoga practitioner in my village until life completely took a U Turn on me. In villages we girls get married at a very early age, and so I was also married by the time I was 21 years. I had just finished my education from Kurukshetra University, and before even completing my final exams, I was married.

Life was not very kind to me, as I lost my husband within one year of my marriage, but the not without my most precious gift, and that’s my son Hargun, who came in like a saviour, and my motivation and reason to live, and pursue my dreams.

So once I was on my own again post losing my husband, I wanted to make use of my talent as a Yogini. One fine day leaving my son behind in my parents care, I left for the dreamland, United States of America.

I went there to earn a degree in Bikram’s Hot Yoga, as this was a new technique which was gaining popularity all over the world. Most people in America, Canada, or Europe are all into Hot Yoga. So I decided I want to learn and bring that into India.

I had no means and resources to pay for the course, although the Yoga institute was run by Indians, and owned by Indians, they did not have any special discounts offered to us Indians.

My fire within wanted me to learn and bring it back into India, I took up a job, and I earned my monies to do the course, by driving Trucks in Canada/ USA.

I used to wake up at 3am and I had my cousin with me who supported me and helped me in earning the monies, as he used to also own some trucks.

I began my journey as a truck driver, but in 2/3 years I managed to save monies for my fees to do the Teacher Training of the Bikram Yoga Institute.

So finally in Las Vegas I did my Teacher Training with about 400 foreigners, who came from US/ Canada/Europe/Spain/Germany etc.

My biggest hurdle there was communication, as English was not my language, and I was very weak in my English. My colleagues were very understanding and they all supported me, in making me grasp English slowly but gradually I managed to pick up English, but not without the accent. So even today I can’t get out of that accent at times, since that’s what I learnt and as they say, if you learn something new, you don’t easily tend to forget.

Thus I still speak English with an accent, so my students also sometimes tease me and call me Spanish Gal (she laughs).

So I guess that was huge learning until I came back to India in 2010 and pursued my dream to be a Yoga Instructor professionally. Fortunately those days Bikram Yoga was just seeping into the Indian system, and Hot Yoga concept was flourishing in few centres, I was immediately absorbed by the Company as I was the only Indian Teacher, who was available to teach in India.

Due to my Family background, and my Mother Instinct I could not abandon India, as I wanted to be with my child, and bring him up in whatever best possible manner, that I can.

So eventually I am here and with the blessings of my parents and my well-wishers, including Babaji, I am here running my own studio in this city of dreams, Mumbai.

Q: So Mandeep let’s begin with What is HOT YOGA ?

Firstly Yoga is soon going to be also categorised as a Sport soon, by India.. which means that this surely is not just something that one should learn to practice, but to make it as a “Way of Life”.

It’s Mandeep Hot Yoga, not just Hoy Yoga (says it with a smile). So it’s the 25 postures Sequence selected and developed by me from various different forms of Yoga that I have learnt since my teen days, until now. I say now, as I believe in the theory of “we never stop learning”. So since my early days until now I have learnt all these forms of Yoga viz. Hatha, Ashtangna, Vinaysa and Rhythymic Yoga. After learning all this in India I learnt about Hot Yoga being practiced in U.S.A. / Europe, and various other parts of Asia. I decided to learn that, so went to U. S.A. to learn that as this form of Yoga was introduced by an Indian Yoga Guru Bikram Chaudhry. Under whose guidance I learnt Hot Yoga.

After having learnt I developed my own series of postures, which are scientifically designed to take the practitioner through High Intensity Cardio to Low Intensity Cardio in a formulated order, which helps condition not only the heart, but also develops, strength, balance and fitness within.

It has been proved and experienced by hundreds of yogis who practice these 25 postures over the years, which has been developed by Me, systematically work every part of the body, to give all the internal organs, all the veins, ligaments, and muscles everything they need to maintain optimum health and maximum function.

Each asana takes care of a different part in the body, and yet they all work together in synergy, contributing to the success of every other one, and extending its benefits.

Q: Interesting…. So why don’t you give us an insight into these Asanas, just to name a few?

Sure…makes sense….Below are some names and benefits of the postures:

Q: Give us more about the practice. Why is it called HOT YOGA?

Well as it says Hot Yoga….reason being

BRIGHT / FULL LIGHTING throughout the class. (Lights dimmed only after Final Sav asana) Water is allowed during the class. Our 1st water break takes place after Eagle Pose, which is almost 20 minutes down the class, and then water as needed

This series is specifically designed for beginners where We don’t practice Advanced Postures in the class and hence we say these series are Beginning Series.

We have specifically trained and certified teachers, who have specific dialogues to speak, through the class, which guide the students to follow the exact words of the Teacher and practice. Only Mandeep’s Beginners Yoga Class dialogues are used.

Not really…they get 20 second Sav asanas during the floor series. So the class is divided into two parts

STANDING SERIES: where all postures are designed where the Yogi is on his feet. At times on one foot, at times on both, by which we are constantly training the students to build  strength and balance while they are on their feet.

FLOOR SERIES: where all the postures are performed while the Yogis are on the floor, sitting / lying down, in various postures, like a Cobra, Rabbit, Camel, etc.

So I guess it’s teaching balance to Yogis no matter they are standing, sleeping, or sitting. Isn’t that awesome? (laughs)

Q: We hear this Hot Yoga has Medical benefits, besides fitness ? How true is that?

Sure it has…as it’s cured so many of our students, and Yogis all over the globe, where they practice Hot Yoga in various illnesses. Although doctors don’t recommend it officially but we have many Yogi’s who are recommended by their Doctors to take up Hot Yoga, who go through Sports injuries where they have damaged a muscle, or lost flexibility etc. Like recently I had a Football player who played National Level Football, who came all the way from Chennai, and stationed himself in Mumbai as we don’t have any other Centre yet besides Mumbai, but we are considering opening up Franchise in various parts of India.

It helps people in-

Especially these days during Pandemic due to COVID one needs to have their respiratory system clear, where by breathing well is significant. Doing this Yoga

Q: So we know about the benefits but let’s now know what are the cautions one has to take while practising Hot Yoga?

Well its Yoga… Any form of Yoga… it’s something as I said earlier, make it a part of your daily life routine, and not just something that one needs to do once in a while.

You won’t be breathless for sure. (Laughs) 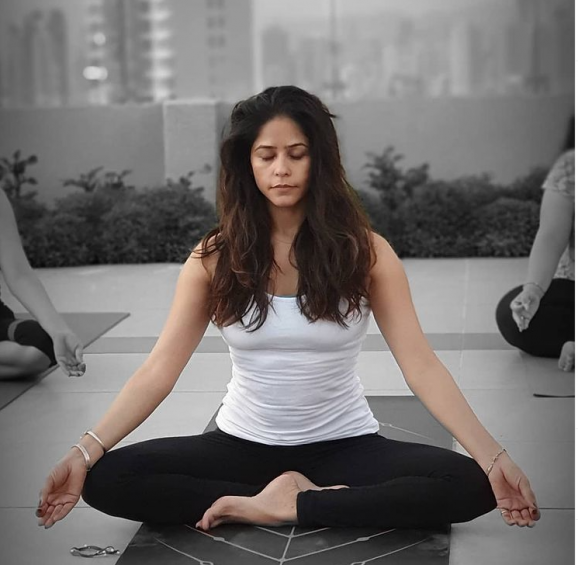 Bachelor of Arts from Kurukshetra University of Haryana – India.