After independence, there has been a big change in the farming of India, the government is calling the three agricultural bills an important step in agricultural reform, the farmers’ organizations and the opposition are against it. In the street and social media, farmers’ organizations have raised their voice, then all three bills have passed in the Lok Sabha. Leader of the Akali Dal, the NDA government’s ally and Union Food Editions Minister, Harsimrat Kaur Badal, resigned from her post to protest the passing of the bill, triggering some protests in New Delhi on Republic Day 2021.

But on his birthday, PM Narendra Modi said that the minimum support price and government procurement will continue, some powers are confusing the farmers but it will increase the profits of the farmers. Why are these central government bills promising to increase farmers’ income by the year 2022? Why do farmers feel that the government wants to snatch their mandis and give them to corporate companies? Why do farmers think that this move of the government is anti-farmer.

First know what these three bills are. When the monsoon session of Parliament started on 14 September 2020, all three bills were introduced in Rajya Sabha and Lok Sabha. On Thursday 17 September, the Lok Sabha passed two bills, the Farmers Produce Trade and Commerce (Promotion and Simplification) Bill, 2020 and the Farmers’ (Empowerment and Protection) Price Assurance and Agreements Bill 2020 on Agricultural Services, while the third law, “Essential Commodities Amendment 1955” was passed on 22 September 2020 and after the President’s assent on 27 September, these three bills became law.

According to the Agricultural Produce Trade and Commerce (Promotion and Facilitation) Bill 2020, farmers can sell their crops at the desired location. You can also sell and buy crops in other states without any hindrance. This means that buying and selling of crops is possible even outside the scope of APMC. Also, there will be no tax on the sale of the crop. Online sales will also be allowed. This will give good prices to the farmers.

In the 1970s, state governments enacted the ‘Agricultural Produce Marketing Committee Act’ (APMC Act) to prevent exploitation of farmers and ensure fair value of their produce. Under the Act, it was decided that the produce of the farmers would be essentially sold only through open auction in the premises of government mandis. The Mandi Committee regulates the business by granting licenses to buyers, commission agents and private traders. The trade of agricultural products is facilitated in the Mandi complex; Such as yield grading, scale and auction bidding etc. The Mandi Committee imposes tax on transactions in government mandis or licensed private mandis. The purchase of agricultural produce at the minimum support price (MSP) by the Food Corporation of India (Food Corporation of India-FCI) takes place in the premises of government mandis. 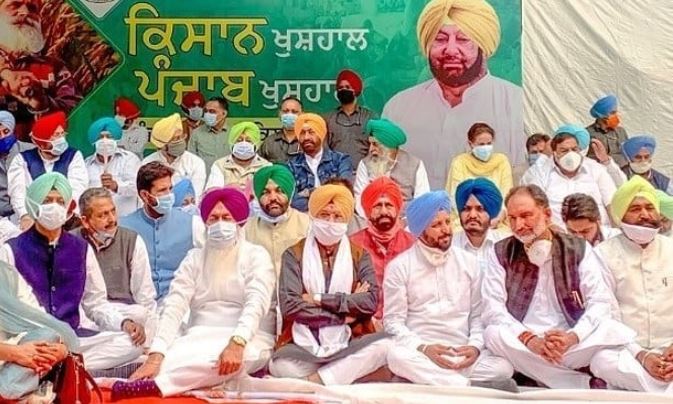 According to the Agricultural Produce Trade and Commerce (Promotion and Facilitation) Act 2020, the mandate of agricultural trade that it is necessary to sell produce in the mandi premises itself has been eliminated. According to the new law, the farmer can sell his agricultural produce outside the mandis notified by the state government. This law talks about new business areas for the sale and purchase of agricultural produce such as farmer’s farm, factory premises, yard of ware house etc. Electronic trading platforms are also being talked about in these areas. This will facilitate the farmers that they can sell the agricultural produce in other markets within and outside the state besides the local market. In addition, state officials will not be able to impose any type of tax on transactions in these new business areas. This law does not close government mandis but ends their monopoly, the government claims that this will increase trade in agricultural produce.

Why Farmers Oppose this Law:

Farmers and traders fear the APMC mandis will end with these bills. The Agricultural Produce Trade and Commerce (Promotion and Facilitation) Bill 2020 states that farmers can now sell their produce to anyone outside the APMC mandis, which will not deduct any fee.

While there are different mandi charges and other cess in different states on the purchase of agricultural products in APMC mandis. Due to this, the stockists and market traders are afraid that when there will be no free trade outside the market, then no market will want to come.

Farmers also fear that after the new law, the government will stop buying crops on MSP. In fact, there is no interpretation in the Agricultural Produce Trade and Commerce (Promotion and Facilitation) Bill, 2020 that purchases outside the market will not be below the minimum support price (MSP).

Mandi traders are particularly angry with this rule. They say that this will benefit external or private traders. With the help of this kind of law, small mandis will be completely destroyed. And at least 50 to 60 farmers are associated with a mandi merchant. Who lends them money also. The market traders, especially in the guise of farmers, have the intention to cancel this law by showing fear of the other 2 laws. Because it will hurt his huge income.

The Farmers (Empowerment and Protection) Contract Bill 2020 on Price Assurance and Agricultural Services is proposed to be made in the country for contract farming. In case of crop failure, the farmers or the companies making the agreement will have to compensate for the loss. Farmers will sell the crop at their cost to the companies. This will increase the income of farmers and end the middleman rule.

What is the current system? Farmers’ earnings in India are entirely dependent on the monsoon, production uncertainties and the market’s adaptability. Due to this, the risk in farming is very high. Farmers do not get returns according to hard work. Contract farming is not new in India. Informal covenants are common for grains. There are also formal agreements in the sugarcane and poultry sector.

What will happen with the law? The government claims that the entire risk associated with farming will not shift to the farmers, but to those who agree with them. Contract farming will get the National Framework. The farmers will be able to make an agreement with agri-business companies, processors, wholesalers, exporters and big retailers to sell the crops to them at a fixed price. This will save their marketing costs. Brokers will end. Farmers will get fair price for the crop. In case of dispute, there will be effective arrangement for its settlement within the time limit. The written agreement shall contain the terms and conditions relating to supply, quality, grade, standards and price. Even if the price of the crop is low, farmers will get guaranteed price on contract basis. There will also be a provision of bonus or premium.

What is the objection?

The bill promises to protect prices from exploitation, but does not provide any mechanism for fixing prices. There are fears that this will give private corporate houses a means of exploitation of farmers. Critics of the bill fear that the farming sector is unorganized. In such a situation, if there is a chance to fight the corporates, then they will have less resources.

This law, made after amending the Act passed on 23 September 2020, has removed grains, pulses, oilseeds, edible oils, onions and potatoes from the list of essential commodities. Thus, restrictions such as restricting hoarding and black marketing on these items and moving it from one place to another have been removed. It will no longer be necessary to take a license to trade these goods.

Objection with this new Agricultural Act

While the Act provides that sanctions can be re-enforced in contingent situations such as war, famine or extraordinary price increases, but at the time the ban is lifted, is it not an emergency? Today, crores of people have become unemployed during the Covid-19 era. This is a time when people are not able to earn even their basic needs. In this period of unprecedented difficulty, it is the responsibility of the democratic state to provide the people with their basic needs at affordable prices. Food comes first in the basic needs for living, but by making such changes in the law, it is a shameful thought to remove restrictions on better prospects and storage, like selling produce at a higher price rather than providing food to the needy. . This law gives legitimacy to hoarders.

The inspiring message by Daniel Oliveira on a special day

Sat Jan 30 , 2021
Daniel Oliveira’s house is experiencing a special date. The presenter and program director of SIC turns 40, this Saturday, January 30, and did not miss this unique day. Early in the morning, Daniel Oliveira shared an inspiring message from Mário Quintana on his Instagram page. “In coexistence, time does not matter. […] 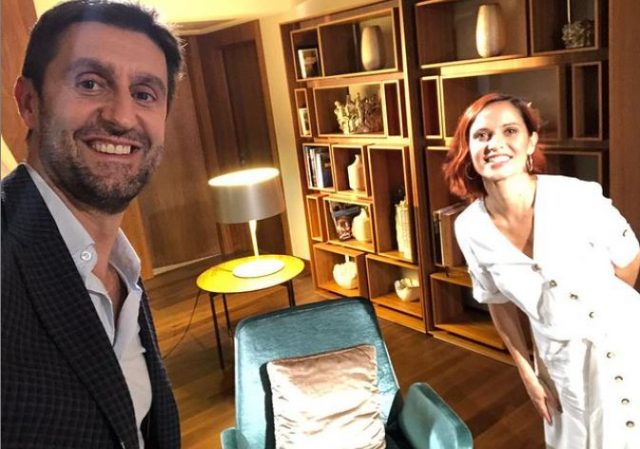