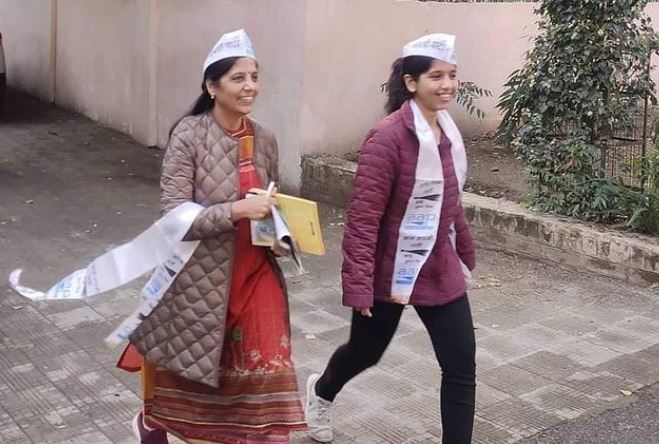 A man has cheated Rs 34,000 from Delhi Chief Minister Arvind Kejriwal’s daughter Harshita. Harshita had given information to sell the sofa on an e-commerce platform, and the person cheated her by calling himself a buyer. Police told about this on Monday. According to the police, an FIR was registered in the civil lines police station in the northern district under the relevant sections of the Indian Penal Code (IPC) after receiving information from the police on Sunday.

According to the police, Chief Minister Kejriwal’s daughter gave information on the e-commerce platform to sell a sofa. The person approached her, showing interest in shopping. In the name of correcting the account, he transferred a small amount to Harshita’s account. After this, the person sent him a QR code and asked him to scan so that the fixed amount would be transferred to her account. But, doing so, 20 thousand rupees were deducted from Harshita’s account.

After this, when Harshita complained to the person, he said that it happened by mistake. After doing the same process again, 14 thousand rupees were deducted from Harshita’s account. The police officer said, “Based on the complaint received, we have lodged an FIR under the relevant sections of the IPC. The investigation has been started and we are tracing the accused.