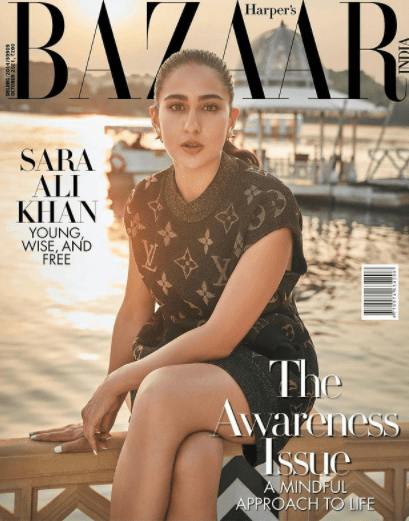 Lifestyle Desk, Delhi- Magazine:  Actress Sara Ali Khan is known for her cool, bubli and entertaining nature. Sara started her film career in the year 2018 with the film Kedarnath, directed by Abhishek Kapoor. She was accompanied by late actor Sushant Singh Rajput in the lead role in this film. Sara was highly appreciated for her acting in the film. Sara got a chance to work with director Rohit Shetty in her second film and she appeared in the lead role opposite Ranveer Singh in the film ‘Simmba’. Sara Ali Khan graced the cover of this month’s Indian edition of Harper’s Magazine.

In her interview to Harper’s Magazine, Sara has told such things about her parents Amrita Singh and Saif Ali Khan, which everyone is stunned to hear.

Sara talks about the past years

Talking about the last few years, Sara said, “I have always been a momma girl, I am always trying to learn things better and I haven’t learned this from any tutor, home or gym trainer. , I am a person who wants to do five more pushups. I want to read another chapter of chemistry, or ask to read a script. Yes it is true that life circumstances have changed a lot. I am very much now I’m getting better at things.”

Saif and Amrita separated from each other in 2004

Saif Ali Khan acted as Ishwar Langda Tyagi in the film ‘Omkara’. The film also starred Ajay Devgn, Kareena Kapoor, Konkona Sen Sharma and Vivek Oberoi. On the other hand, ‘Kalyug’ is an action thriller film, in which Kunal Khemu is in the lead role. Apart from Amrita Singh, the film also stars Emraan Hashmi, Smiley Suri and Ashutosh Rana. Saif Ali Khan and Amrita Singh had decided to separate from each other in 2004, after which both their children Sara and son Ibrahim live with their mother.