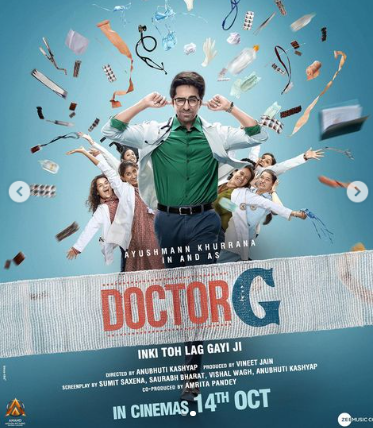 Bollywood Desk, Delhi Magazine: The much-awaited medical campus comedy-drama Doctor G, starring Ayushmann Khurrana, Rakul Preet Singh and Shefali Shah in lead roles, will hit the theaters on October 14. So get ready to go on a laughter ride. The wait for the film has created a lot of curiosity since the day the first look of the film was announced. 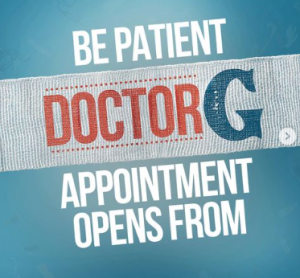 Directed by Anubhuti Kashyap, Doctor G stars Ayushmann Khurrana in the role of a medical student. Actor Ayushmann, who is seen in his unique roles on the screens, has always made people crazy with his interesting stories. Now Ayushmann Khurrana is back in his original style with his signature brand of impact comedy with yet another subject that promises to spark conversation.

Stepping out as a male gynecologist, the actor has shared the first poster that gives us his medical journey to become a gynecologist; Offers a glimpse of the world. In such a situation, considering that very few comedy films have been seen in 2022, it is no less than a treat for the comedy lover.

The cast of Doctor G will see Rakul Preet Singh as Dr Fatima Siddiqui and Shefali Shah as Dr Nandini Srivastava. At the same time, Sheeba Chaddha is also in a lead role in the film as Ayushmann Khurrana’s mother. Ayushmann Khurrana shared the poster of Doctor G on social media and wrote,
“Life is full of my googlies,Should have had bone disease, but became a doctor.
Get ready for your appointment, #DoctorG will mark your presence in cinemas from 14 October 2022.”