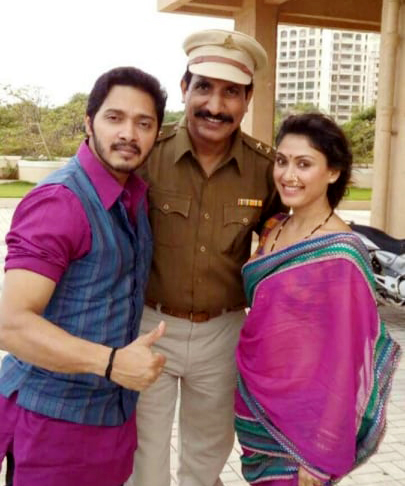 Bollywood Desk, Delhi – Magazine: Some people are born in such families that they do not have to struggle for success but there are only a few people who climb step by step and with their skill, hard work, dedication and passion, they achieve the place where only a few people can reach. The most important thing is that on every step where and with whom he worked, he leaves behind his identity and does not forget it evan after reaching at the top of that ladder. Let us introduce you to such a talented person, who is a living example of hard work, dedication, skill and perseverance. This person is Gobind Pandey, he has not only studied the field of drama in details but has also obtained a Ph.D. degree in Hindi drama so there is a sense of reality in each of his character, he plays. 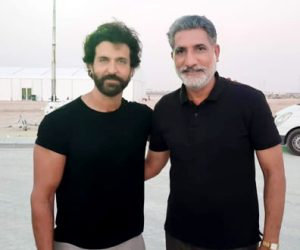 He has worked with every small to big Artist in the film industry and is still committed to give his best in the days to come. Born in 1967, Shri Gobind Pandey ji, who has proved his mettle in dozens of films so far, from Indu Ki Jawaani to Bunty Aur Babli 2. Apart from this, he has also worked in dozens of Ad Films out of which few are as Search Mr. Badrul Islam, Silent Killer and Amir Khushroo etc. Apart from this, Gobind Pandey has worked in hundreds of Dramas and Operas and also has a lot of ability in the field of direction also. 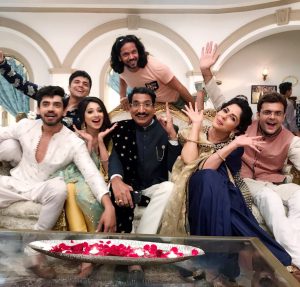 Apart from this, his experience in the field of TV Ad/Serials and street play, his play writing skill is also not less than anyone and he has proved himself plenty of times too. He has also achieved a place in the field of music composition and has gained proficiency in dozens of other fields as well. 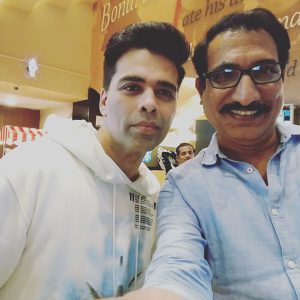 About that few are:
➢Worked as Production Assistant in Delhi Doordarshan from 1998 to 1990.
➢Directed Cultural Programme, Staged at Various Edu. Institutions
➢Participating in All India Radio as a Drama Artist.
➢Worked for Tele films (Rajsthan)’ Jag Udthi Kthaputli’ produced by Mr. Deepak Gupta as a property and Costume In charge.
➢Script writing experts at Springdale School Dhaulakuan, Delhi during 1994
➢Participated in National School of Drama Festival at Kathmandu during 1998, at Lucknow during 2000 and Ibson play festival, Dhaka during 2006.
➢ Worked as a back-stage worker like sound operator & sound composer & Asst. many famous
➢➢Director
Participated in various National Festivals as an actor as well as musician. Let us know something from him about his journey in the Industry. 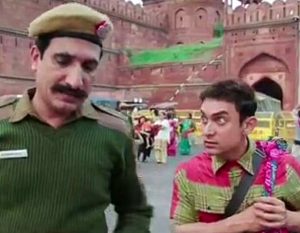 Q. Tell us something about you –
A. I’m a PHD in Hindi (Drama). I have worked as an “A” grade artist in Nation School of Drama from year 1998 to 2007 before that i was with Theatre group Parvartiya Kala Kendra from 1983-1997. since 2007. I have been a part of Hindi cinema industry working in various movies, tv series/serials, tv commercials etc. 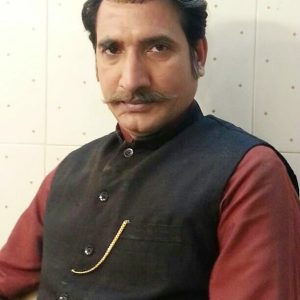 Q. Tell us about your family ?
A. We are a family of three – Myself, My wife, Mrs. Babita Pandey, who is a dance and music teacher in Delhi and my son, Jalaj Pandey who is a corporate lawyer based in Delhi.

Q. How did u get your first chance ?
A. I got my first chance while i was in National School of drama around 2007-08. My first movie was Chintu jii with Late Shri Rishi Kapoor ji, it was directed by Mr Ranjeet Kapoor. I played the role of
a Police Inspector . So this is how my journey in this Film industry begun.

Q. Preparations and planning from your struggling days?
A. Well there was no specific plans as i always wanted to be in this line of work as i said before Chintu ji. I was working in NSD and with Parvartiya Kala Kendra. I also took my music training at Gandharbh Mahavidayala and tried to attend any workshops that were conducted in relation to theatre for the purpose of learning so i always looked to learn from my seniors and masters going from place to place observing, practising later it turned into composing, directing balleys and of cource acting.

Q. Any new projects ?
A. I am currently working on projects like Kathal for Netflix , Vikram vedha which is to be released this year, and many such projects.

Q. Your Future plans ?
A. I have some projects planned for later this year, currently focusing on the projects that I am currently working on..