Delhi – Magazine, Delhi: In the slum of Sarai Kale Khan of Delhi, there was a stir when some boys enter the area and vandalize in the streets. According to eyewitnesses, 15 to 20 Muslim boys enter the street around 11:00 pm, holding poles and knives and swords in their hands. damaged property with lathi sticks and swords for half an hour.  They also tried to break the doors of the houses.

Actually, the whole issue was about a Hindu Dalit boy named Sumit living in a colony getting married to a Muslim girl. The people living in the slum say that people of Muslim community  vandalized their street last night and also threatened that they will do so in the future. There is still an atmosphere of fear among the Hindu Dalit people, at present, Delhi Police and Paramilitary personnel have been deployed in the area.

Angry over Dalit youth marrying a girl belonging to Muslim community, the girl’s family members and their associates created a furore in the Dalit colony of Sarai Kale Khan village on Saturday night.

Tue Mar 23 , 2021
Delhi- Magazine, NCR Desk, A Delhi court convicted AAP MLA Somnath Bharti in a Sept., 2016 case for assaulting security staff of the All India Institute of Medical Sciences (AIIMS) and destroying public property. The judge sentenced him to 2 years in prison was upheld by the judge. His appeal […] 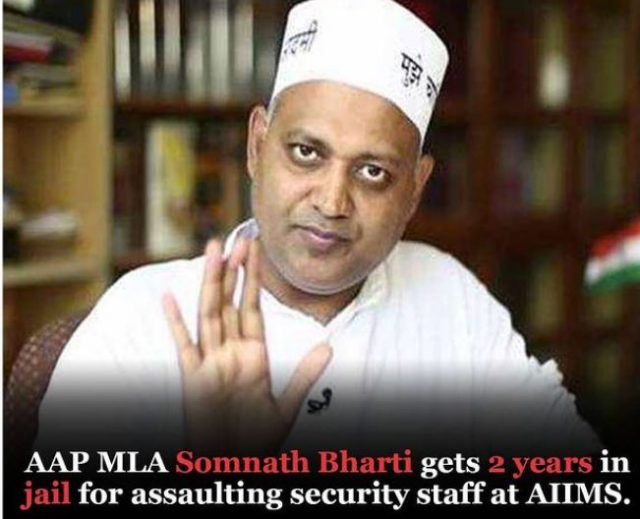