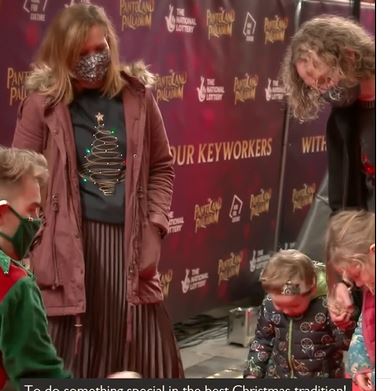 Duchess Kate and Prince William’s Christmas picture  was taken in the autumn by photographer Matt Porteous at the family’s Norfolk country estate, Ann Hall, according to British media reports.

“Little Louis is such a cute rascal”

The family of five posed in comfortable outfits, with a large pile of wood in the background. Little Prince Louis presented an extra wide grin on the snapshot. His older brother, Prince George, smiles a little more cautiously into the camera, while Princess Charlotte, who is wearing a Christmas sweater by Ralph Lauren, has made herself comfortable on her mother’s lap.

In the comments, the reference to “how big the children” has already become dominates. Also due to the Corona crisis , there were fewer public appearances by the royals this year – and correspondingly fewer insights into family life. Prince Louis is particularly highlighted by the fans: “Louis looks like Kate’s father”, “What a laugh” and “Little Louis is such a cute rascal” are just a few of the enthusiastic comments under the picture, which is already after eight Hours has collected over 1.1 million “Likes”. 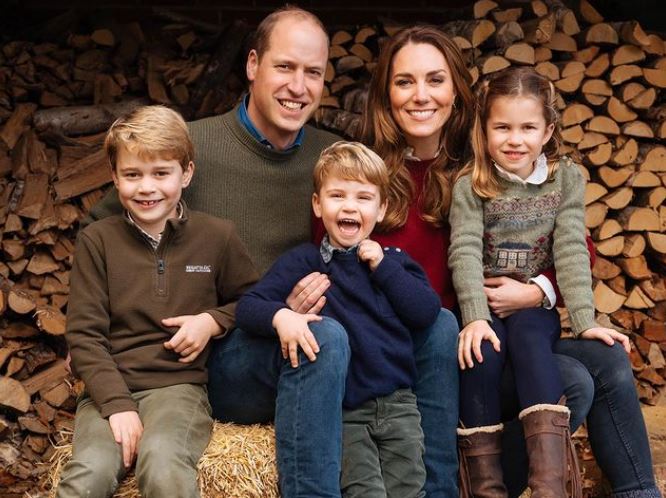 Prince William is naturally used to the public and the limelight. His wife, Duchess Kate , also knows this from her relationship with the English nobleman.

Last week, The Kensington Royals shared several photos of the evening on their official Instagram account in which  the three mini British royals walked the red carpet at the Palladium in London to watch a pantomime performance along with their parents. At first the youngsters looked a little unsure of themselves, but they quickly got used to the attention.