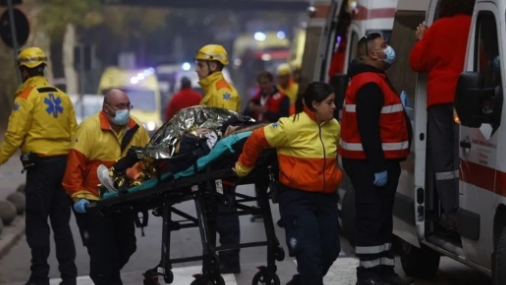 World Desk, Delhi Magazine: A collision between two trains at the Montcada i Reixac – Manresa station in Barcelona caused at least 150 injuries, according to local emergency services.

The Spanish newspaper El Periodico, which cites the operator Renfe, reveals that the accident occurred at 7:50 am [6:50 am in Lisbon] this Wednesday. The trains involved were traveling towards the Catalan capital and currently three lines from the station are closed.

Renfe sources told the Spanish news agency Efe that the circumstances of the accident were not yet known.

On the social network Twitter, the Catalan Civil Protection said that, according to preliminary information from the emergency services, “150 people were injured in the accident”. “So far, three transfers have been made in a mild condition to different health centres”, he added.