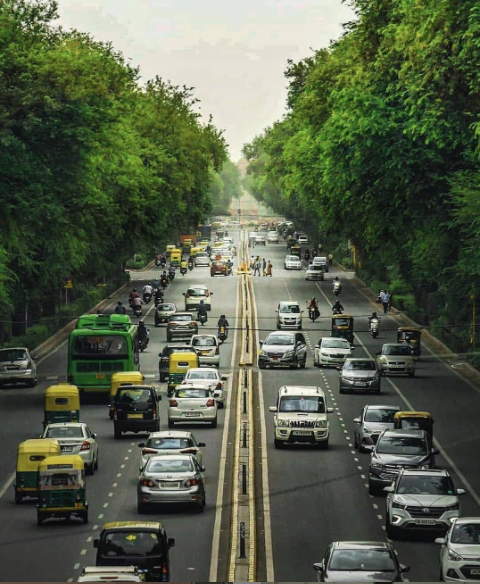 NCR Desk, Delhi- Magazine: On the Occaision of Independence Day, the entry of heavy vehicles in Delhi will be closed from 10 pm on 14th July to the afternoon of 15th August. Heavy vehicles will be diverted for other routes from the seven borders of Ghaziabad and Noida. Due to this, there is a possibility of increasing the pressure of vehicles on other roads including Noida-Greater Noida Expressway, Peripheral Expressway.

Due to the rehearsal parade of Independence Day, the route of heavy vehicles remained diverted in the same manner from 10 pm on 12 August to 12 noon on 13 August. Due to this, there was a queue of vehicles for several kilometers on the Greater Noida-Noida Expressway on Friday. In Ghaziabad too, there were traffic jams throughout the day at Maharajpur Border, behind EDM Mall, Khoda Canal, Pushta Road, Seemapuri Border. You would also love to read : best places for couples in Delhi.