International Women’s Day is celebrated worldwide on 8 March every year. This day is an occasion to show respect, admiration, love to women and salute their sacrifice and passion. On this day, women working in the economic, political and social fields are given special respect. We will also introduce you to some similar women this week. Today we are introducing you to a young Woman Entrepreneur – Shruti Aggarwal, who is a Chartered accountant and Co-Founder of StashFin. Below are some parts of the conversation between Delhi -Magazine and Shruti Aggarwal: 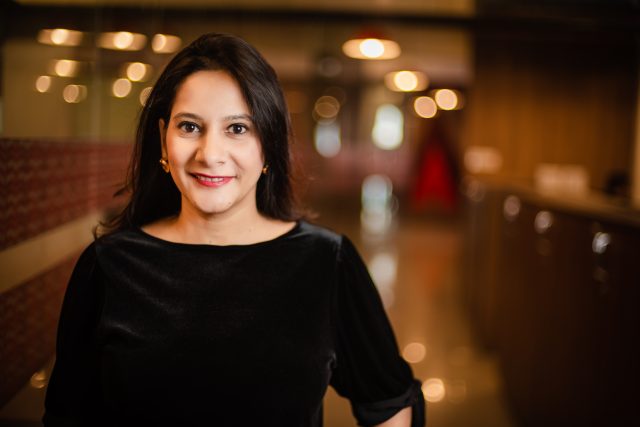 Even though my professional journey started shaping as I graduated from SRCC and started pursuing Chartered Accountancy in India, I would say that the entrepreneurial streak in me was refined while I pursued Masters from Columbia University. After working with Merrill Lynch in New York, I launched an online swimwear store, Secret Cache, that served several premium hotels in India.

This was in 2009, when the Indian market was fairly similar to the one I’d grown up in – credit starved and scoring low on financial inclusion. It was these two attributes of the economy that caught my eye and led to me a venture like StashFin. Lucky for me, I also happened to be living in an age where tech growth was the fastest it’s ever been. And we’ve all seen what the merger of finance with modern tech can pull off. It’s a combination of these factors that fueled my ambition to play a bigger role in dominating the lending space. StashFin was born to cater to the sudden needs of the underbanked, and bridge the widening credit gap in India – a sign of an economy that could do with an entrepreneurial spirit to uplift it. It’s this goal that I’ve been working for – enabling millions of consumers to get closer to their dreams transparently and smoothly and provide an instant line of credit to customers sitting at any corner of the country.

Please tell us about the challenges you have faced?

As an entrepreneur, I’ve faced several impediments and also several welcome surprises. For example, women entrepreneurship in India is a relatively unheard of idea – with just 14%, participation, with most businesses being micro enterprises. Participating in such an environment has been both exciting and intimidating. It’s good to see that change rapidly, but it nevertheless has its impact by inducing anxiety about raising funding, leading a team, networking and so on. The reality of women in India also involves chauvinism, sexism and patriarchy. All of these do play a role in some facet or the other if you’re a women entrepreneur.

Despite the challenges, successful women entrepreneurs do exist in India, and indeed, act as an inspiration for me. I mean, look at the finance and especially the fintech sectors. They’re considered to be fairly male-dominated. But the role women are playing in the sector is noteworthy. I was recently invited as a speaker to a conclave called “Festival of Fintech” organised by Cambridge University. It was a simultaneously inspiring and humbling experience, when I realised how significantly women were contributing to the fintech sector with multiple illustrious speakers such as Hardika Shah, Anjali Bansal, and others.

Please tell us about your background history?

Shruti: My professional journey has been a humbling and learning experience. I pursued Chartered Accountancy and then Masters from the prestigious Columbia University in New York. I then began at PricewaterhouseCoopers and have been contributing to the finance industry for close to two decades now – from being a young team leader to being fortunate enough to start global initiatives. I’ve been privileged to have been able to assist in infrastructure growth while at Merrill Lynch, to work closely with Not-for-profits at PWC to being associated with startups. 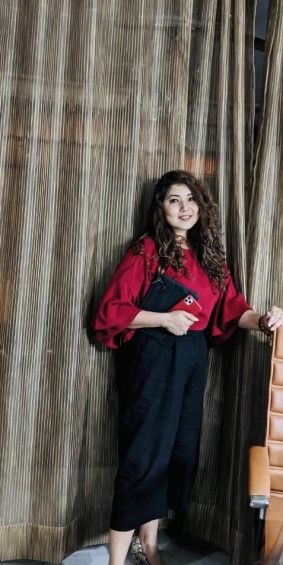