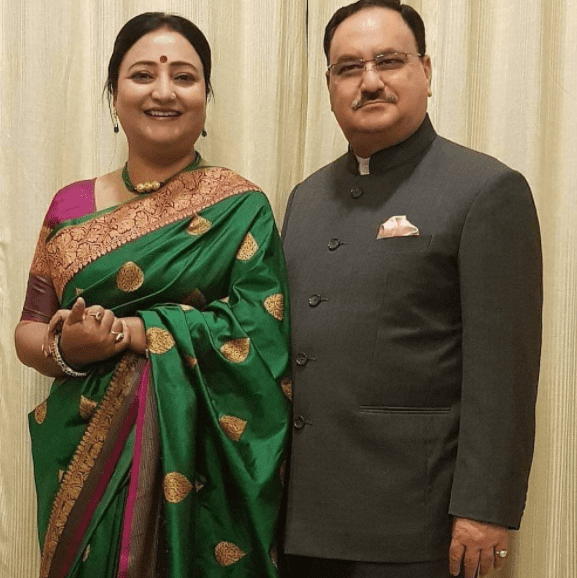 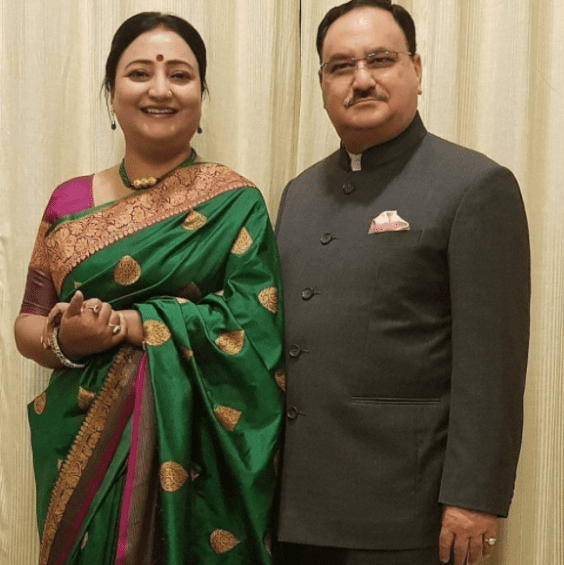 Apart from this, she had established Chetna Sanstha in Bilaspur for helpless and handicapped children, which does special work for mentally handicapped children. This organization, which started from 10 Panchayats of Bilaspur in the year 1999, is working in more than 150 Panchayats today. For which she was honored with the Rajiv Gandhi Manav Seva Award in 2010 for his incomparable efforts.

People are seeing this success of JP Nadda from their own point of view, some are giving the credit to his hard work and some are telling the reason behind him being Modi’s special. But behind the scenes, Professor Mallika Nadda has contributed a lot to the success of her husband Shri J P Nadda.

Mallika Nadda is BJP President JP Nadda’s wife as well as his mentor. Mallika Nadda is the daughter of senior BJP leader and former MP Jayshree Banerjee. Even after coming from political background, Mallika Nadda has not entered active politics till date. She was happy to be the shadow of her husband. She has also been the main campaigner of Beti Padhao Beti Bachao.

An educationist by profession, Dr. Mallika Nadda is Professor of History at Himachal Pradesh University. Presently on deputation to The International Center for Distance Education and Learning (ICDEOL) in Delhi.

Mallika Banerjee was born on 8 March 1964 in a prestigious political family of Jabalpur, Madhya Pradesh. His father Subhash Chandra Banerjee and mother Jayshree Banerjee have had a great influence in Jabalpur.

Dr. Mallika Nadda’s mother Jayshree Banerjee has been an MP from Jabalpur in the 13th Lok Sabha. Prior to this, she has been elected to the Jabalpur Legislative Assembly in Madhya Pradesh in 1977, 1990 and 1993. She was also a Union Minister in the non-Congress government formed in the state between 1977 and 1980.

Dr. Mallika, who has been active in social service since the beginning, has also been associated with student politics.
She was also the National General Secretary of Akhil Bharatiya Vidyarthi Parishad from 1988 to 1990.

Dr. Mallika Nadda plays the role of wife and mother along with educationist, social worker. She is also an inspiration for women of all walks of life because of her social service work. Apart from “Chetna”, she is also doing many social service work with various organizations in Bilaspur, Shimla and Delhi etc.

Dr. Mallika Nadda has been honored with many national and international honors including Rajiv Gandhi Manav Seva Award, Derozio Award in 2010 for the work done in the field of empowerment of disabled children, women.

BJP National President JP Nadda was born on 2 December 1960 in Patna, the capital of Bihar. He studied at St. Xavier’s School in Patna. Graduated in Arts from Patna University. But obtained LLB degree from Himachal Pradesh University Shimla. Later he started living permanently in Himachal Pradesh itself. In 1991, he was also married to Mallika Nadda, daughter of senior Madhya Pradesh BJP leader and former MP Jayshree Banerjee. He has two sons. 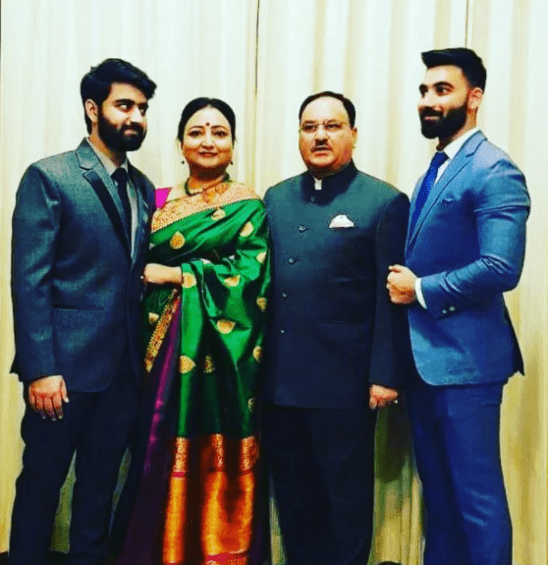 JP Nadda, one of the people very close to Prime Minister Narendra Modi, reached the peak of BJP in 29 years. He was made the President of BJP Yuva Morcha in 1991. At that time Narendra Modi was the national general secretary of the party. The two leaders have been close since then and they have reached their respective destinations by moving forward together.

Jagat Prakash Nadda, who came out of the Jai Prakash Narayan movement of 1975 after going to jail at the age of 16, has today become the face of the party as the full-time president of the Bharatiya Janata Party. JP Nadda is considered an efficient organizer.

Leaving the post of minister in the year 2009, he moved to Delhi. After a hard struggle, the secretary post of BJP Parliamentary Board also remained with Nadda. After the Lok Sabha elections last year, he was made the working president of the BJP and now he is being crowned as the national president on January 20.

She has a special attachment to the people of Himachal

She keeps on visiting religious places

A few days ago, Dr. Mallika Nadda reached Deshnok and visited Karni Mata and offered special prayers in the temple for the prosperity of the nation and women empowerment. On behalf of the temple trust, Mrs. Nadda was given a traditional welcome by presenting the picture and literature of Maa Karni.

JP Nadda lived in Ranchi from 1977 to 1979. His father was the Vice Chancellor of Ranchi University and Professor of Patna University. Nadda came into limelight with the JP movement in 1975. After participating in this movement, JP Nadda joined the Akhil Bharatiya Vidyarthi Parishad in Bihar.