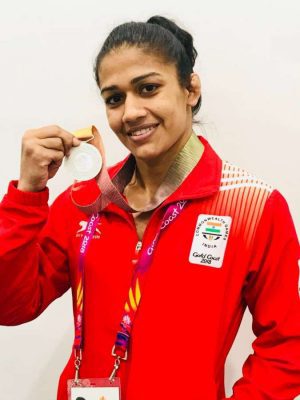 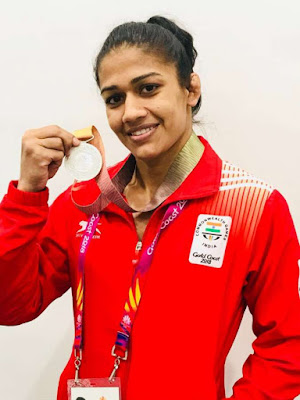 Delhi Magazine: 18th April, Political/Sports News:  India’s star wrestler Babita Phogat’s tweet has clearly defined how the Tablighi Jamaatis and Leftist people have been a catalyst towards the increasing number of corona patients. Taking to social media, she has mentioned the sad truth about how doctors were beaten in some regions where they had gone for analyzing the patients. Now many sportsperson including Bajarang Poonia, Geeta Phogat, Yogeshwar Dutt also came forward in support of Babita Phogat.

Her tweet on April 15 says, “In Moradabad, A Tablighi Jamaat person died due to Coronavirus. When the police and the doctor’s team went to get the family #Quarantine, the  Tablighi people attacked the team. The ambulance was broken and the doctor was bled. I want to ask now where did those well-wishers of these people come and answer.
#TabligiJamaat #muradabad “
In the context of misbehaving with a female nurse and also stone pelting ondoctors, she also staunchly tweeted that “Coronavirus is the second largest problem in India. Jahil Jamati still remains number one.”
Following Babita Phogat’s tweets, there were a series of mixed responses reflecting some with political motives and some with purely nation love.  The tweet was not welcomed by some members of the  Congress party and Tablighi Jamaat. They termed her tweet as a scathing religious attack. Contrary to this, her tweet was justified by many people who were in agreement with what she mentioned.
With that, the star’s account has been scrutinized as a request to suspend the same was made. So far, her supporters have come in her favor and the account is not suspended.
Let us see what Prashant Kanojia, member of the Indian Congress party  tweeted against Babita Phogat saying, ” A Muslim made you famous by making a film, otherwise, other players in this country, except cricket, have been seen selling Golgappa after many years.”
Whereas, Padma Shri and Olympic winner Yogeshwar Dutt was seen coming in her support by tweeting in response to Prashant Kanojia, mentioning that ” Players earn hard by selling Golgappas and do not eat for free. Who ate the earnings of the film. If anything has been done in life, the film was made. Otherwise, make a film on yourself.”
International Wrestler Bajarang Punia also Supported Babita as his revert to Prashant Kanonjia quoted, “Movies are made on Milkha Singh, Meri Kom, Paan Singh Tomar, Geeta, Babita because they were worthy. The government is improving the economic status of the player. Players are struggling and work hard for the country, and what are you doing.”
Some tweets by general public can be read here:
However, the ones who are against her tweet are leaving no stone unturned to get er account suspended with new hashtag trending #SuspendBabitaPhogat, she has been threatened on all social media platforms including Facebook, Twitter, and Instagram.  What is sad to know is that she is even getting threatening calls owing to the tweet she made.

In her latest video, The 2014 Commonwealth Gold Medalist wrestler, also mentioned Zaira Wasim and warned people that they should open their ears and perceive that she is not Zaira Wasim, who will feel threatened by the hollow threats. Kashmiri-origin actress Zaira Wasim played the childhood role of Geeta Phogat in the 2016 Aamir Khan film Dangal. However, it was said that she had decided to quit acting under pressure from religious Islamic puppets.

The popularity of her tweet can be reasoned from the number of likes is more than 2.3 millions people and is shared 74 k times.
Looking at some facts which may align to what the star has quoted, that Haryana so far has reported 207 Corona infected people and among them, 121 such people were found to be connected with the Jamaat.
She also stated that “Had the people of Tablighi Jamaat not spread the corona, the lockdown would have opened and the corona would have been lost.”
In the same video,