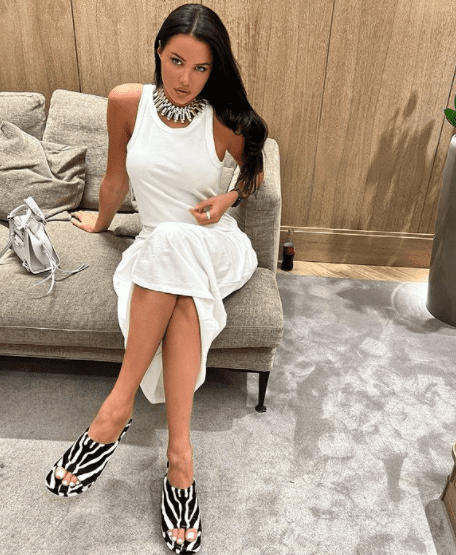 Anastasia Reshetova is a successful model who won the title of First Vice Miss Russia in 2014. The “millionaire” of Instagram and the “Russian Kim Kardashian ”, as her fans often call her. She was in a relationship with rapper Timati until September 2020. Anastasia Grigorievna Reshetova was born in Moscow on January 23, 1996 in a military family, who later took up law. Nastya’s parents divorced when she and her younger sister were still small. When her parents separated, their daughters, Nastya and her younger sister Valya, were raised by their father, a former military man who retired with the rank of colonel, who raised them in strictness: getting up early, cleaning, cooking. Nastya did not have further communication with her mother.

As a student at a school in Orekhovo-Borisovo North, Anastasia began to study acting. At that time, she did not think about a career in the modeling field. However, when she was 17 years old as a spectator at the Miss Universe contest, she was noticed by the organizers of the Miss Russia event, who invited the girl to the casting. As a result, Reshetova, who had graduated from school by that time, represented her native Moscow in 2014 as part of the national competition and was able to win the title of “First Vice-Miss Russia”. Thus began the modeling career of Nastya.

By the age of 17, the girl was tired of enduring her father’s dictatorship and rebelled. She left home, began to live with a young man who supported her at first.

After school, the girl entered the Moscow Institute of Economics, Politics and Law at the Faculty of Civil Service and Municipal Administration. However, Reshetova was more attracted to the opportunity to become a TV presenter or a public figure.

After graduating from school, Nastya decided to enter the Faculty of Journalism of Moscow State University, but did not pass the points. Then she starred in her first photo shoot for a modeling agency. The result was impressive, and she was invited to take part in the casting for the Miss Russia 2014 beauty contest.

The girl easily passed all the qualifying stages and was honored to represent Moscow at the competition. The prize-winning place of the first vice-miss opened new life horizons for the young beauty. It is noteworthy that the place of the second vice-miss was awarded to Anastasia Kostenko from Rostov , a girl who became a bone of contention in the relationship between football player Dmitry Tarasov and TV presenter Olga Buzova . 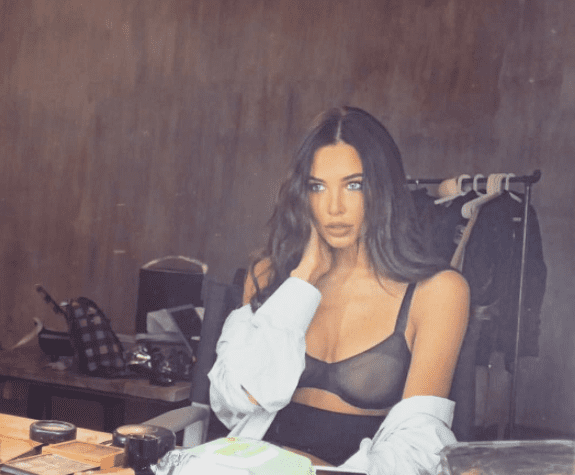 Anastasia also wanted to try herself as a film actress, she appeared in Timati’s video clips for the songs “Zero” and “Keys to Paradise”.

In 2015, Anastasia met the famous Russian rapper Timati , a graduate of Star Factory 4 and the former common-law husband of model Alena Shishkova . The couple did not officially announce their relationship, but at the beginning of 2017, rumors appeared about the secret wedding of the model and the singer. So, Timur wrote the following message on his Instagram: “Winnie the Pooh didn’t want to get married , but the thought of a honeymoon just drove him crazy.” And Reshetova, meanwhile, published on the Web a photo with two rings, similar to engagement and engagement rings.

At the end of 2018, Reshetova gave a frank interview to Regina Todorenko in the Friday with Regina show , for the first time talking in detail about her love story with the rapper. The girl hid an affair with a popular artist from her parents for a long time; they learned about her daughter’s relationship with Timati from the Internet.

You would also like to read about: Top Beautiful Russian Actresses.

Anastasia also admitted that she would date Timati even if he were an ordinary guy.  At the end of January 2019, when Nastya Reshetova and Timati had been dating for about four years, rumors began to appear in the media about their secret wedding. The couple herself provoked talk about registering a marriage by posting relevant photos on Instagram, as well as a picture of Nastya with a wedding ring. 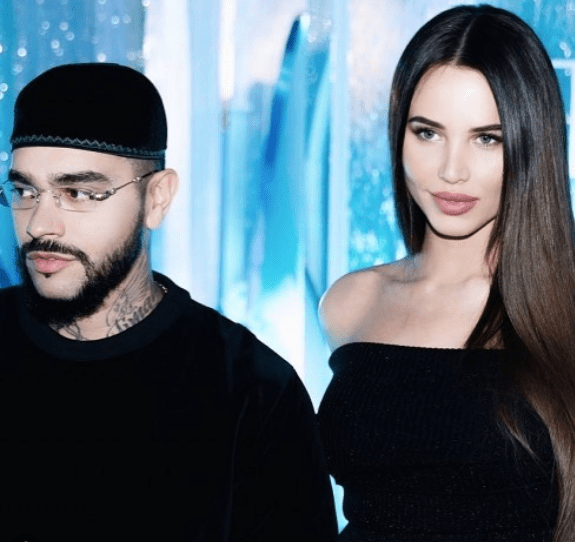 On April 5, 2019, the head of Black Star and the model posted pictures from a joint photo shoot on Instagram, confirming the pregnancy of 23-year-old Reshetova . On October 16 of the same year, Anastasia gave birth to a boy, who was named Ratmir in honor of Timati’s deceased best friend Ratmir Shishkov.

Timati was present at the birth. The artist’s heir was born in the capital’s Lapino perinatal center, and the new family member was met by the rapper’s mother Simona Yakovlevna, 5-year-old Alisa, Timati’s daughter from a past relationship, his brother Artem, and also father and sister Reshetova. Five days after giving birth, Anastasia Reshetova returned to work, visiting her beauty salon.

In September 2020, information appeared in the press that Anastasia and Timati had separated after 6 years of marriage. Later, Reshetova commented on this information, saying that the relationship with the rapper last year was a test of strength. In 2021, Anastasia released a documentary in which she spoke about the break with Timur. According to her, the news about Timati’s participation in the Bachelor project (season 8) hammered the last nail into their human relationship .