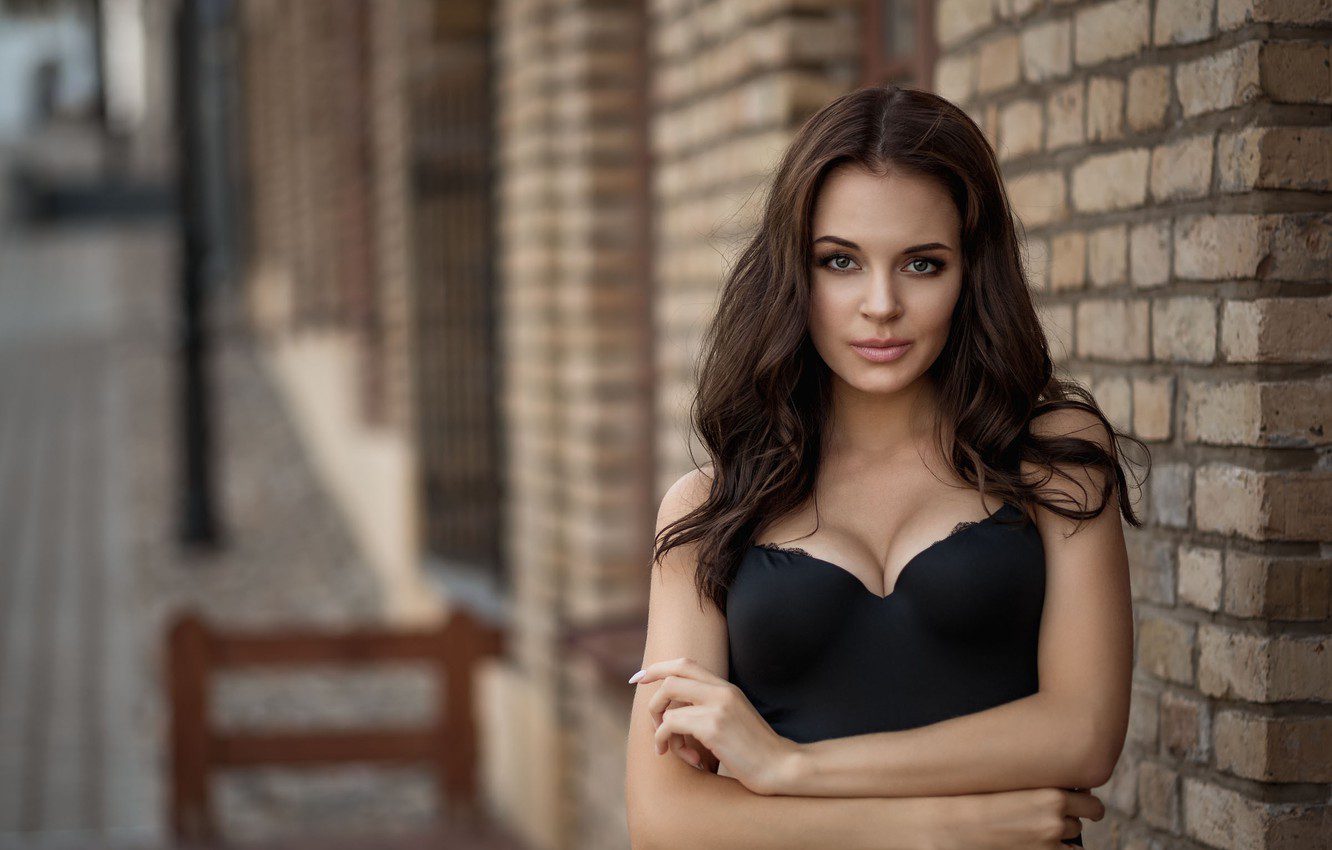 An old saying ‘Beauty lies in the eyes of the beholder’ reigns worldwide. However, the authenticity of the same is lost when you witness the beauty of the women Spanish Actors. Yes, they are the chosen ones! The Spanish Cinema boasts of these and is thankful to these actresses for bestowing it with their talent and good looks. 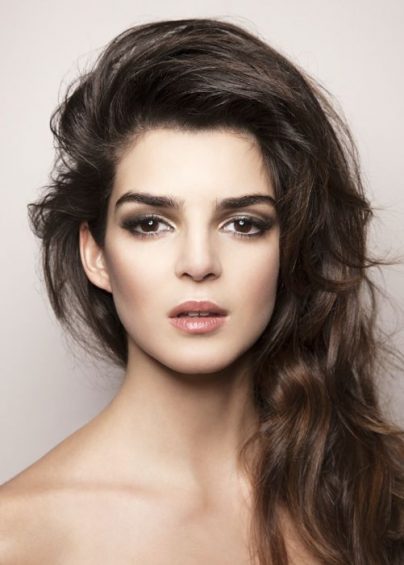 Clara Lago Grau is a film, theatre and a television actress known mainly for her role in Eight Basque Surnames. She has been the winner of several awards including a Goya nomination. She debuted as an actress on the big screen, being a 10-year-old girl in the movie called Terca Vida. Her career is very extensive, both in movies and in television series. The most outstanding series of her career are Compañeros , Los hombres de Paco and Hospital Central and, as far as films, The hidden face , I want you and of course “Eight Basque surnames” , the highest grossing in the history of Spanish cinema of all time , and its sequel 8 Catalan surnames . 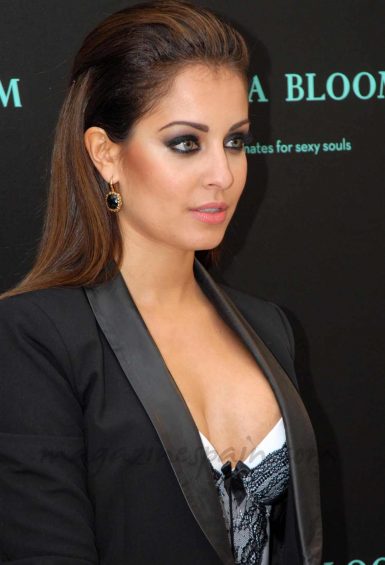 Her role in ‘The Prince’ has brought her fame, and she is experiencing one of the sweetest moments of her life. That happiness shows in that beautiful face with which it breaks hearts. 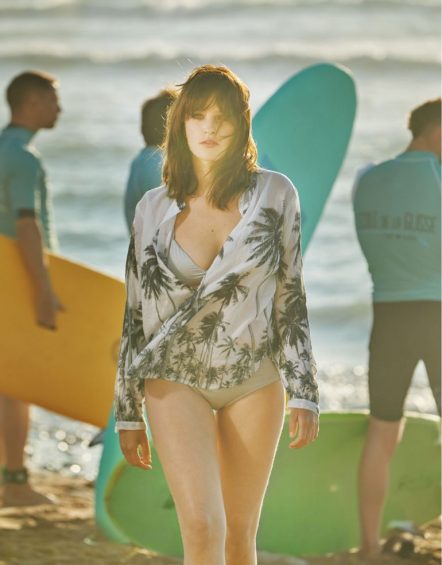 Susana Gómez Abaitua is a film, series and television actress known for appearing in several series such as Isabel or The Secret of Old Bridge, among others. The actress Susana Abaitua, born on October 5, 1990 in Vitoria (Basque Country), is a nonconformist in the world of learning. A traveling soul and lover of adventure, Susana has worked for series such as “I know who you are” or “Tell me how it happened”. She is one the most sexiest actress in Spain as well as in world.

It is said that she is, today, the most beautiful actress in our the Spanish Cinema, country, since, in addition to her natural beauty there is also her charm, her smile and her extraordinary talent. She won Goya for best new actress in 2012 for Blancanieves and since then her career has been brilliant.

She has participated in numerous series, such as “Central Hospital”, “The Internship” or “The Ministry of Time”, as well as in highly successful films such as “The Call” or the recent “Despite all”, by Netflix. 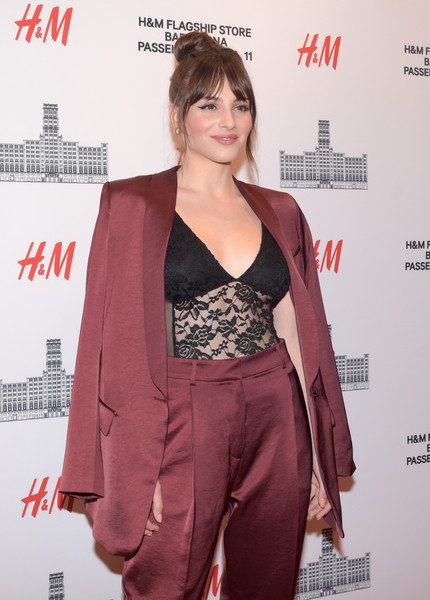 One of the actresses of “Physics or Chemistry” and who continues to be one of the most beautiful on the Spanish scene, even improves over the years. In just over 10 years, she has participated in many series and movies, many of them highly successful in audience or box office. 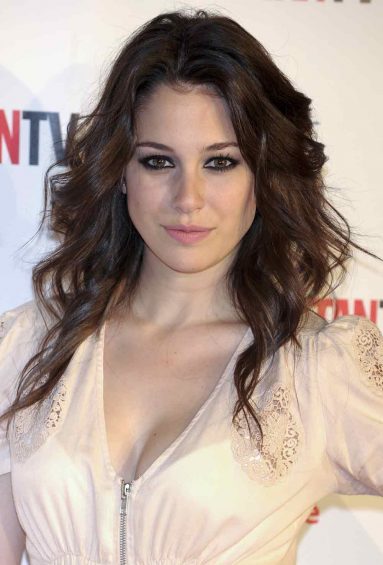 We all know Blanca Suarez for her roles in the huge audience series of El Barco and El Internado, where she shared a set with the recently deceased actress Baró. She was nominated in 2012 for the Goya Award for Best New Actress, but she stayed on the doorstep. However, she has been awarded many times for her performance in the series she has starred in.

Regardless of when the photo you look at is dated, Aitana is one of the most beautiful in the national cinema. Either on television ( Velvet has been one of her latest works) or in the cinema (unforgettable in The Titanic’s Waitress , for example) she is beautiful to rage.

She won the Goya for Best New Actress at just 16 years old in 2003 thanks to her role in “The weakness of the Bolshevik”, and has subsequently starred in major box office hits such as “Three meters above the sky” with Mario Casas. Its beauty is beyond doubt. She has just introduced her new boyfriend ( a conductor with whom she is applying to become the new Brangelina but in a Latin version ). She fell in love with many in her first movie, The Bolshevik Weakness, and since then she has continued to cause dizziness. 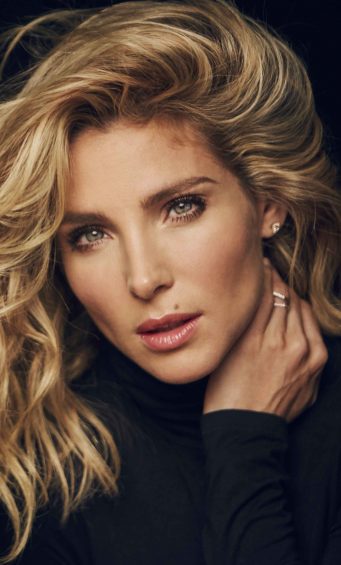 Whoever does not include Elsa Pataky in a list of the most beautiful Spanish women has a problem. The actress now lives away from the focus of cinema in Spain (the last thing she has done is productions from across the Atlantic ) but is to set foot in Spain and make everyone (and all) melt for it . 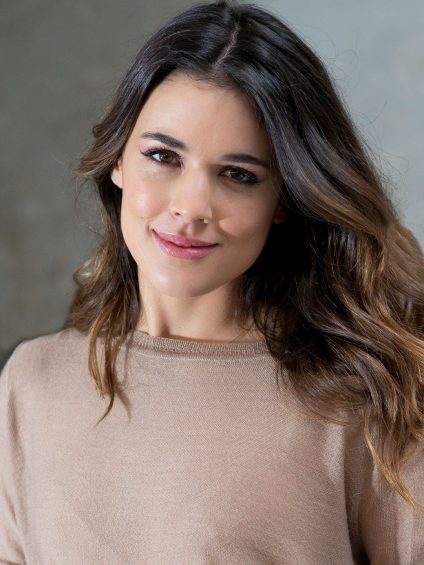 The beautiful actress has conquered hearts without stopping. Her simplicity and apparent innocence make her irresistible. Adriana Ugarte is beautiful inside and out, and when it comes to collecting the most beautiful faces in cinema today, her name always rings out.

There is no one to resist the actress, the firms know it and Paula has become an essential for  advertising, in addition to succeeding in series like ‘Velvet’. Paula, before becoming one of the queens of Spanish television fiction, became a Garci girl. Her roles in the cinema have been few but, even so, she always manages to sneak into the list of the most beautiful in the world of national performance and, of course, among the most elegant. 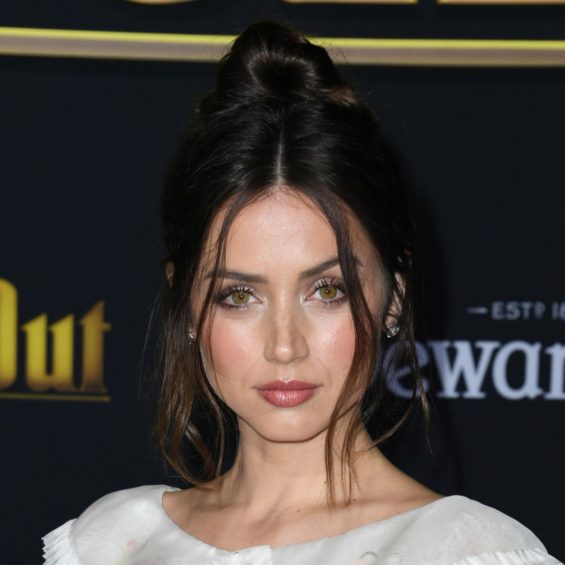 Cuban by birth, she came to Spain with 18 years and with the firm idea of ​​being able to succeed as an actress. And she got it. From here to fame, including a stint in Hollywood that is giving him very good results. 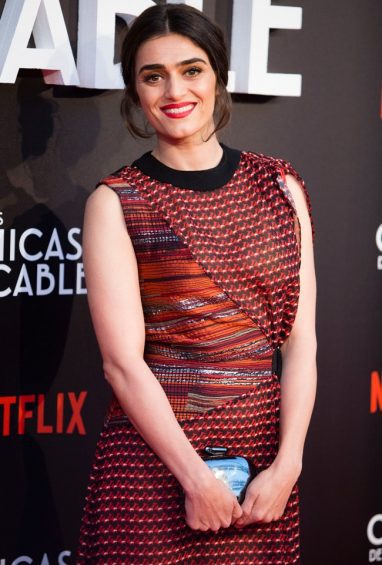 Born in Ibiza, Balearic Islands, Spain, she is the daughter of Spanish actress Ángela Molina and French photographer Hervé Tirmarche. She is the oldest of the six siblings. Her mother’s family is an entertainment dynasty. She is the niece of actors Paula, Miguel, Mónica, and Noel Molina and the granddaughter of singer Antonio Molina. Molina has two children with actor Sergio Mur. The two met in 2010 on the set of Fisica o Quimica.

You would also love to read about most beautiful Italian Actresses. 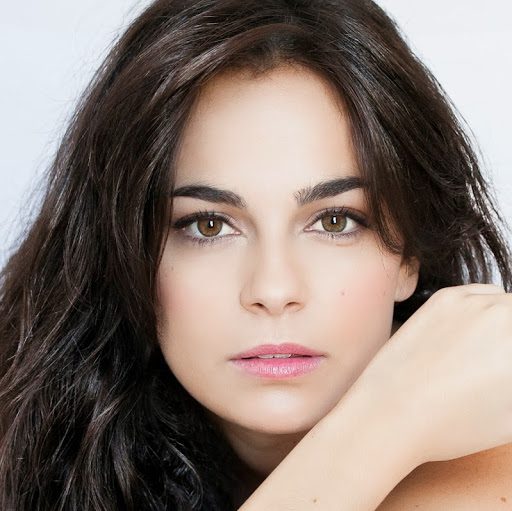 She is a Spanish actress.The actress Andrea zaragozanaDueso began her career as a child. Acting was her big hobby and in 2006 she started studying it.At the age of 17 Andrea Dueso went to live in the capital of Spain. Until then, when she had to work in Madrid, her family members took turns accompanying her. On television, she has participated in series such as Ana y los 7, SMS, Central Hospital, La que se avecina, Amar enotrosturños, Hay hayhay o Vida Loca. 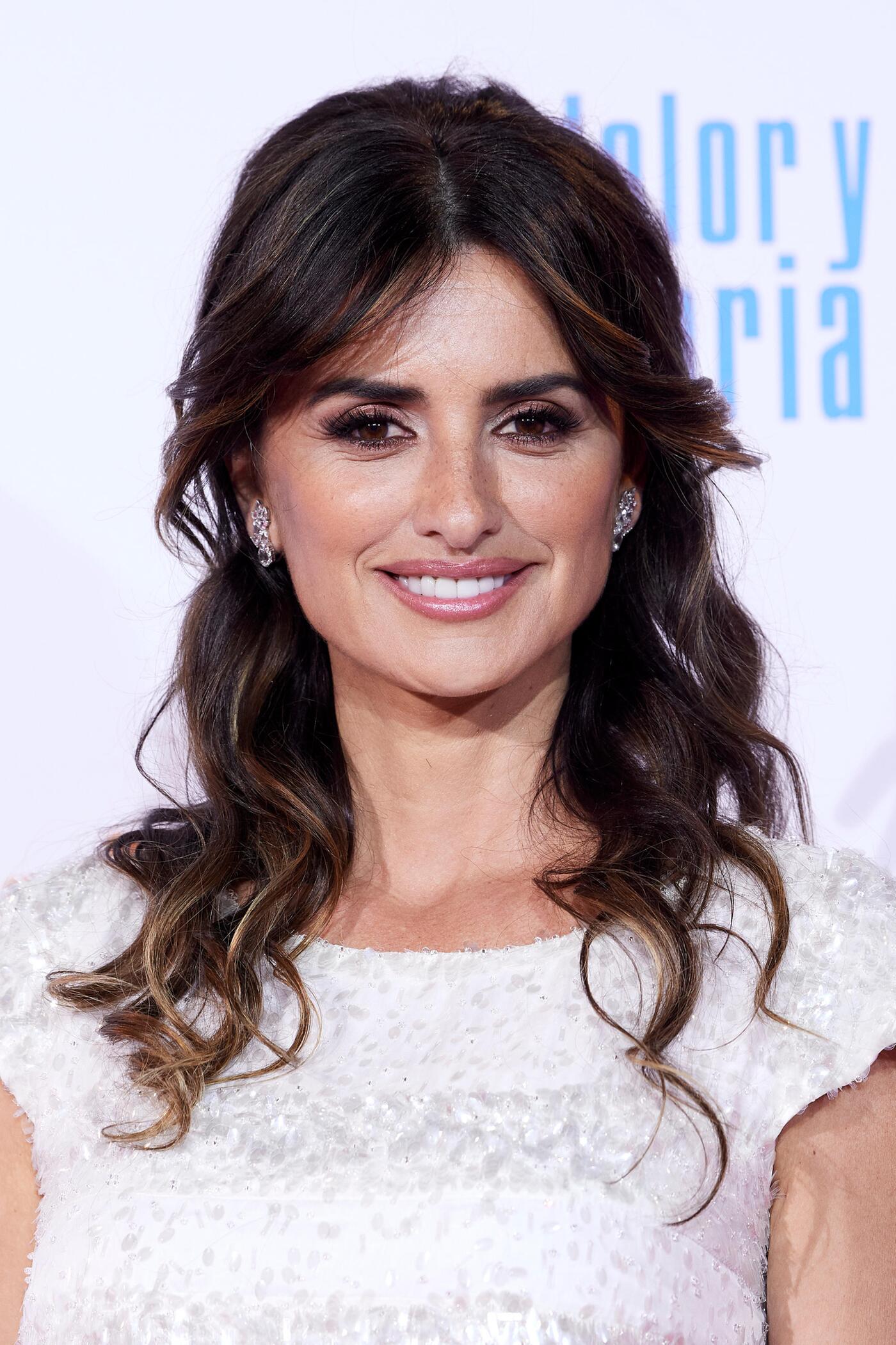 They are clear in Spain and in Hollywood: Penélope Cruz is one of the most beautiful faces in Spanish cinema. A brunette beauty with eyes that really attract attention. Winner of 3 Goya Awards, she has also won an Oscar, being also nominated on 3 occasions. With its passion red colors in any Almodóvar film, turned into an innocent girl in La Celestina or an aspiring star in Jamón, jamón . History of our cinema and protagonist in any list of the most beautiful. 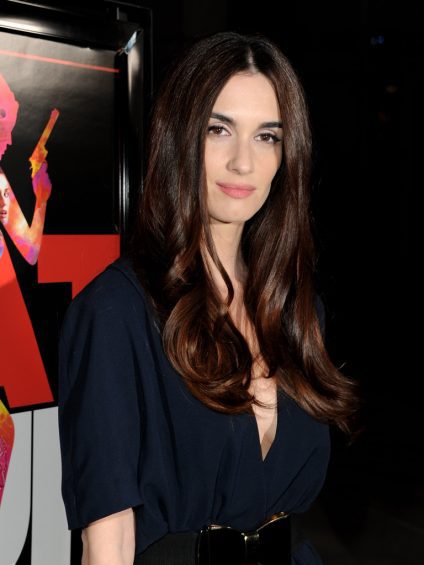 She decided long ago to cross the pond and try her art in other settings. She has even filmed with Nicole Kidman and, in terms of beauty, she was the winner (Nicole doesn’t listen to us). Paz has become an example of elegance on any red carpet she steps on and, in beauty, she has no competition. 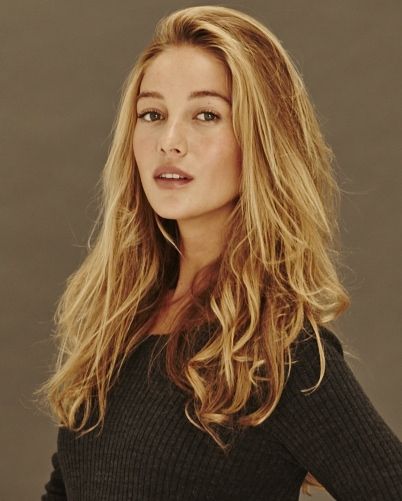 One of the last to arrive at Spanish cinema ( the youngest of the house will remember her for the movie The club of the misunderstood ) is Charlotte Vega. English beauty (her parents are from England) and with a delicacy that heralds very good times. How pretty is this girl!

Ana Rujas Guerrero (Madrid, May 14, 1989), is a Spanish actress and model. Known for her starring role in the movie Diana (Alejo Moreno, 2018) and in the alternative theater play What do you know about my sadness? (Teatro Lara, 2018), was made known to the public with the television series HKM and 90-60-90, the secret newspaper of a teenager. 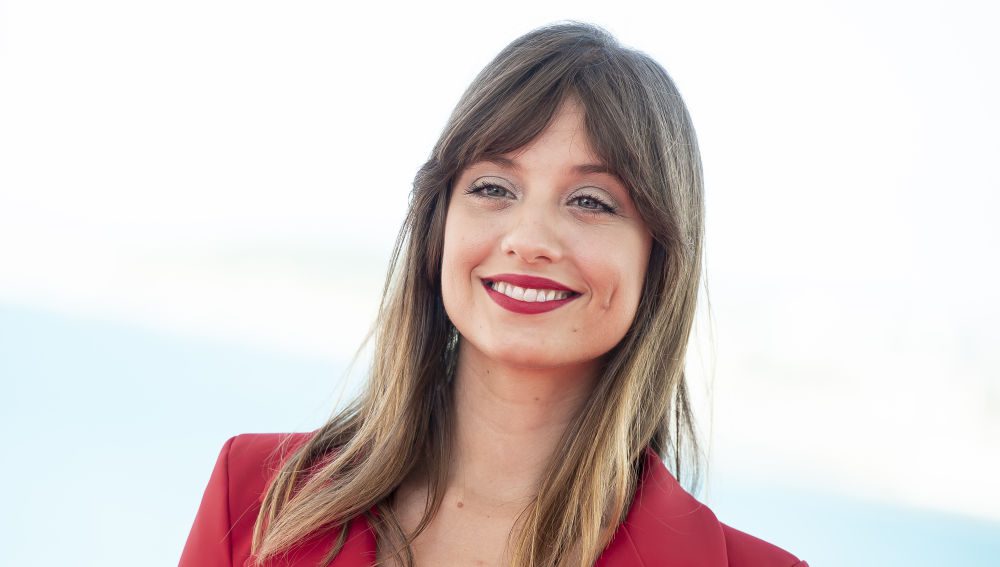 Even with the clothes of the series ‘Isabel’, the angelic face of the actress has made her one of the most desired on the national scene.

German by birth and Spanish by adoption. She was one of the girls who drove the knights crazy in the Landismo era, and later continued doing the same in productions of the time. With marked features and an intoxicating accent. A true beauty! 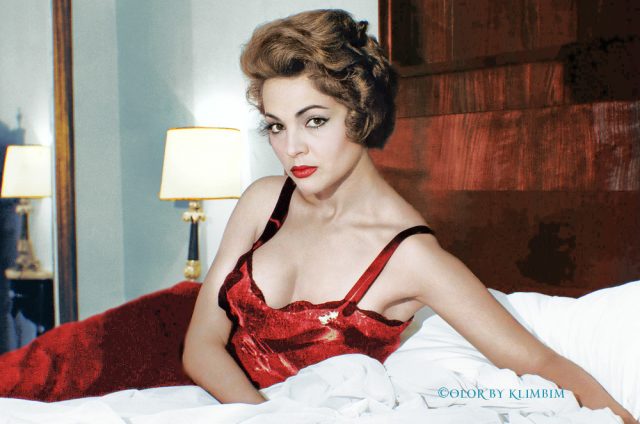 She is the most beautiful of the old Spanish cinema. The one that was able to outshine the whole world just by appearing on the scene. They say that she fell in love with a thousand (millions) of men who fell at her feet on a shoot, at a party or, simply, when they met her on the street. It was Sara Montiel and, her beauty, had no competition.

María León Barrios is a film and television actress who has won several awards throughout her career, including a Goya in the movie La vozdormida and two nominations (Carmina o revienta and Marseille). She is also known for her roles in television series like Down There and With the Ass on the Air. 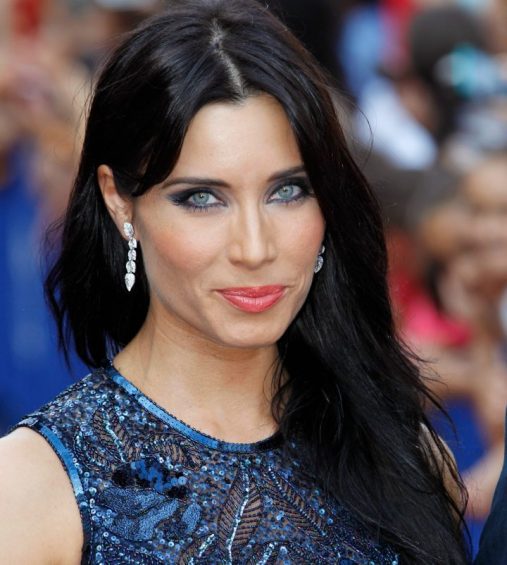 She became famous for the LaSexta program “I Know What You Did”. By then she was already on all scouting agendas. She also presented Operación Triunfo and ¡Más que baile!  She made the leap as an actress with the series Pirates . She has also made video clips, short films and films: Unresolved sexual tension , Isi / Disi: High Voltage … She is the one who tops the list in our ranking of the sexiest Spanish actresses with fabulouse figure at the age of 42.

You would also love to ready about beutiful Hollywood actresses and best figure actesses in Hollywood.

3 thoughts on “The 25 Most Beatifull Spanish Actresses”