These words tweeted by Geetika, who is the founder of a small trust called Sabhayata Foundation, clearly express the story of the non-profit start up which, from past six years, has been tirelessly and selflessly working exclusively in the field of mental health along with environment, education and now employment.

In the light of current events more and more people are becoming aware of mental health issues and are finally accepting the urgent need to take a call; however, six years back when Sabhyataa Foundation had started, convincing people about the importance of mental health was one of the biggest challenges followed by fund raising for the trust and finally saving the ideologies from the big fishes and political activists.

“When you tell people you run an NGO or a trust the first thing that strikes them is – tax exemption and money. Even worse is that the moment you try to understand the concept of raising funds for your projects, the law, accounting banking and taxation professionals handover a list of certifications needed for you to become eligible for funds. Getting those certifications after registration would have costed me a fortune and I just couldn’t afford them. And these guys tell you – This is One Time investment. You see that is the plight of social work in this country.

The Income Tax department also has an online provision for small trusts to get the certifications but the employees are so corrupt that from the secretary to the officer in the cabin everybody sits with sewed lips without any intention to help. I had applied 6 years back and till date haven’t received even a mail from the Income Tax Department leave apart the very deserved certificates.” Quotes Geetika.

The whole situation left her hopeless and even her near and dear ones started discouraging her calling it a bad choice of work and that running an NGO or a trust was for wives of rich men wanting to kill time and turn some money in to corporate social responsibility, and not for someone like her who belonged to a middle class set up. At the same time she was at the peak of her management career and lucrative job offers were pouring in. Within 6 months of starting the trust she reached a crossroads. She had to choose between her career as a senior management professional and struggling social activist. Her heart lied with being a change maker and she decided to give up on her management career to choose what she always wanted to do – serve the society.  Her decision was disowned by her family friends and loved ones for they saw it in poor light and considered it to be foolish but she had no plans to defer any further and started with determination.

“I encountered harsh discouragements and that time I remember I had stopped sharing my plans with anyone. I would return from a hopeless day and still not talk to anyone about it”.

She decided to solve the problems of funds by taking up assignments as a freelance ESOL trainer and donated every penny she earned to her organization. From 2014 to 2019 this is how Sabhayata Foundation operated without raising a single penny of fund. On being asked why she never cared about the loss of hard earned money to the society she smiles and says “if I had children this money would have been spent on them. I am dedicated to Sabhyataa Foundation like my child and so every penny spent is worth it.” In 2019 Sabhyataa Foundation successfully launched its own range of homemade spices, essence oils and soaps which not only started raising funds for the trust but also generated employment. (These very small units work without mechanism and hand-make every product without use of chemicals.) Within an year the products fetched attention and huge popularity in the local market. Being sold through Network Marketing they also generated employment opportunities for ladies who were home makers.

The tree plantation and counseling for depression among women and children continued and in 2016 Sabhayataa Foundation got its first major breakthrough. This was to start a series of Cognitive training and Meditation programs with Delhi Police. The impeccable response from the officers brought recognition and the chain of sessions now has 27 programs to its credit. 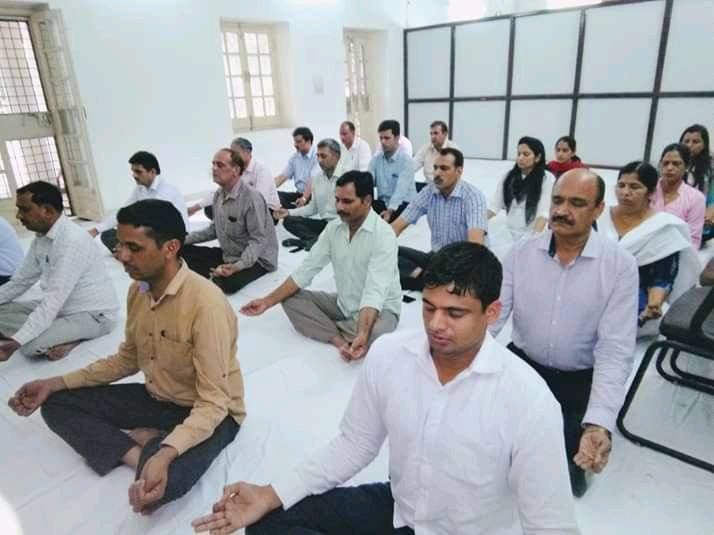 After 2016 tables started turning. Her family started supporting her and People started joining Sabhyataa as Volunteers for different projects without seeking any financial returns. Today after six years of consistent hard work Sabhaytaa Foundation has a plethora of contributions for the welfare of the society. They have counseled over 2700 people against depression in 6 years. At first the number sounded unrealistic and we wondered how was it possible. But we were amazed to know that they have been taking up mental health counseling through 7 different mediums  including all social media platforms and group workshops which accommodates 25 to 50 people in one sitting.

When we asked how much time does each counseling take she told us it could take anywhere from 5 minutes to 4 hours to 2 years in a row based on how willing the subject was to accept change. They heal people by means of Cognitive Therapy and suggest complete lifestyle makeover for healing. A couple of testimonials mails and letters of appreciation give a complete frame to the large number of lives touched by Sabhayata Foundation. The same cognitive therapy that proves expensive across the world is offered for free by Sabhyataa Foundation along with Spiritual Mentorship and Guidance further proving the selfless motivation behind the cause.

Working for environment and planting trees was another challenge. They have planted over 1700 trees across Delhi and NCR and without a single credit given to them for green belts across NCR have been gifted to religious abodes which accept trees but take the credit to their name. Thank God for the photographs Sabhyataa Foundation doesn’t mind it too.

They conduct monthly distribution drives not of food or clothing but of books, stationary items and slippers. Their signature drive for distribution  of ten year exam papers and sample papers along with exam kits to the underprivileged students in the board classes is an annual event and takes place is January. This year they were all set to open their first school of free education for underprivileged kids however the idea was sacked till the next term due to the Pandemic. The Qurantine did not mean rest for them for they distributed 500 masks across underprivileged children across Delhi NCR.

“When we announced that we wanted to distribute masks, a lot of people came forward and donated masks to us. It proved to be a great help. Along with distribution we also had to tell those people in the slums about the pandemic and why masks were needed.” 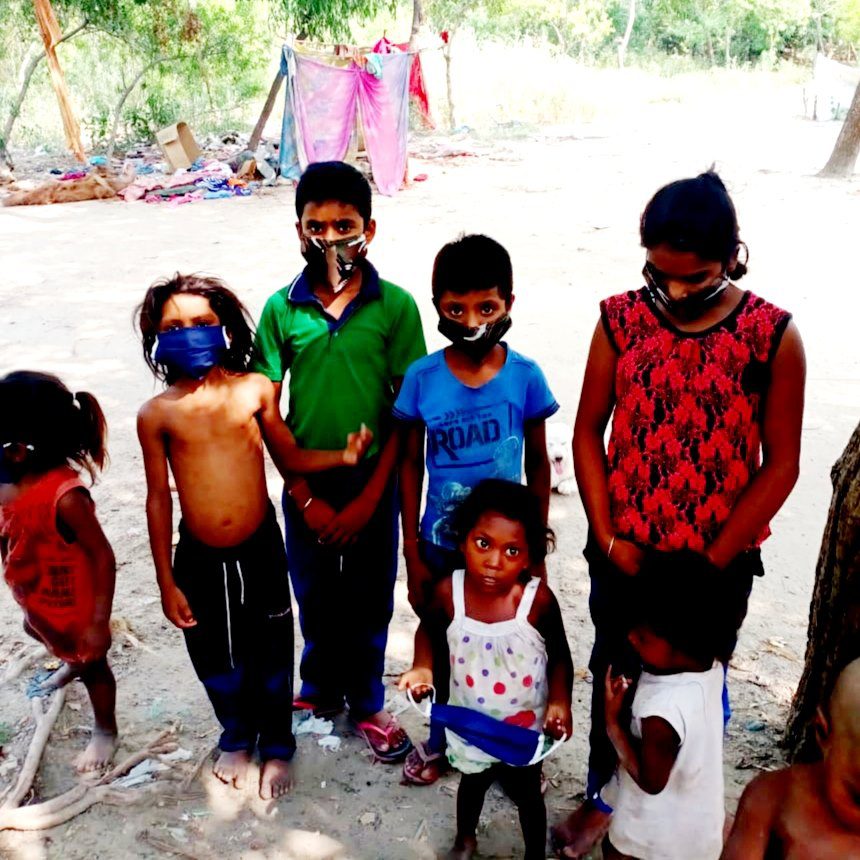 In the current scenario Sabhayataa is now being led by youngsters who like Geetika wished to be change makers of the society (Neha heads the Counseling Wing while Divya is presiding over Sabhayata Youth Group).

“I tell them you guys are the bosses. The law might just call me a chairperson but it doesn’t change the fact that I am a social activist. Tomorrow even if 500 people join Sabhayata I would still never leave my field work because I started this NGO so that I could work for the welfare of society with my own hands and not to sit behind in a cabin and order others. Being on field and working for those in need is soulful and the real fulfillment of duties.” 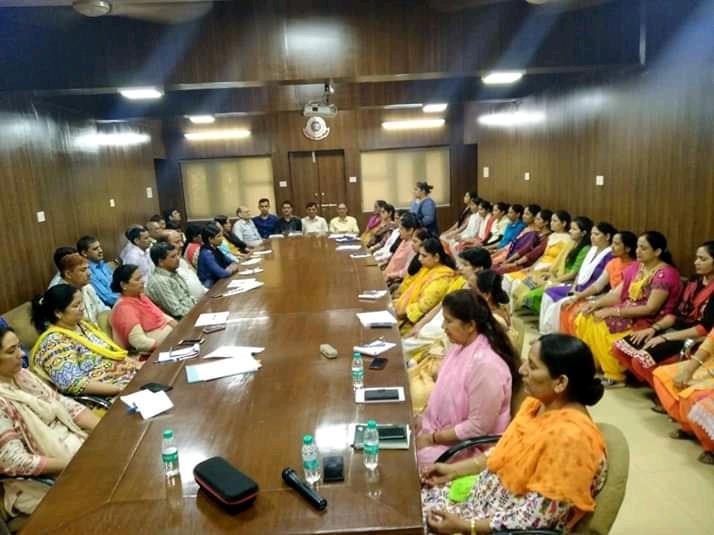 Sabhaytaa Foundation’s start up journey might have been difficult but their selfless contribution to the society has inspired many people. We understand that healing mental health is a thankless job for a lot of people do not like to accept that they had some problem.  We wish someday more organizations like Sabhayata Foundation come forward and brave the odds of the Social norms to help people heal. The work done by this trust shall surely reach the masses one day and we hope more and more people  get inspired by them and come forward to support their vision of an educated society free from biases and evils.

Cameron Diaz Reveal the Reasons Why did She Quite the Hollywood

Mon Aug 10 , 2020
Cameron Diaz said goodbye to the cinema and now reveals the reasons in an interview with Gwyneth Paltrow: “I found peace by stopping acting”, said the diva during an episode of “In Goop Health: The Sessions” aired on the YouTube channel of the “Shakespeare in Love” actress. Cameron explains that, […] 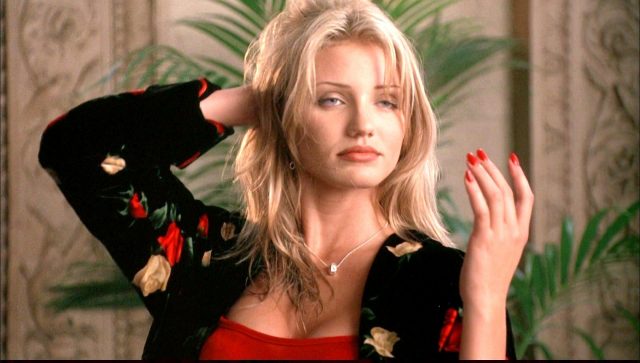