Inspirational Desk, Delhi- Magazine: The American “Time” magazine chose the Afghan journalist Zahra Joya on its list of women in 2022, knowing that she fled her country after the Taliban took control of Afghanistan, but she continues to tell the stories of women there through her news website – “Rukhshana Media”.

Who is Zahra Joya

Born in a family of the minority Hazara community in Afghanistan in 1992, Zahra was growing up when Afghanistan was under Taliban rule. Girls were forbidden to go to school. For studies, she used to go to school as a boy. Determined to learn something new, she walked for two hours every day to school wearing boys’ clothes. 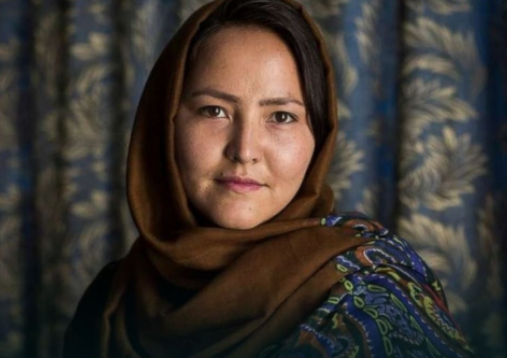 Zahra launched a news agency with her savings to bring to the world the status of Afghan women. It is the first feminist news agency in Afghanistan. Journalist Zahra Zoya, in collaboration with women journalists from Afghanistan, started a news agency called Rukhsana Media in December last year. Their aim was to bring the challenges of life of Afghan women to the world through journalism. Zoya’s team has continued this work amidst all the watch on the imposition of Taliban rule. Zoya is now handling this responsibility by staying in a hotel in London. After the Taliban occupation of Kabul, the British government helped her out of the country with her family. Many of her fellow journalists are still in Afghanistan who send these news to Zoya with great care. In addition, she publishes news in English through social media and other contacts.

Hollywood star and activist Angelina Jolie gave an interview to the Afghan journalist, for “The Time”, in which she talked about her team of female journalists working underground in Afghanistan, where the “Taliban” restricted the movement of women

To continue working in the UK, 29-year-old young journalist Zahra Zoya needed financial help. People appreciated Zoya’s purpose of reporting for Afghan women and so far she has received $300,000 from crowdfunding. Zoya says that now that the Taliban government has imposed many restrictions on women’s clothing, education etc., her work has become more important. Such is the echo of the courage of this young journalist that the prestigious Thomson Reuters Foundation has announced to invite her as a speaker at its annual conference.

In a report in The Guardian, Zahra told that the Taliban government has imposed many restrictions on women’s clothing, education etc., their work has become more important. However, being a woman and a journalist in Afghanistan has never been easier, now that our reporting is almost over. The Taliban have forced female journalists to wear the hijab, banning them from appearing on screen.