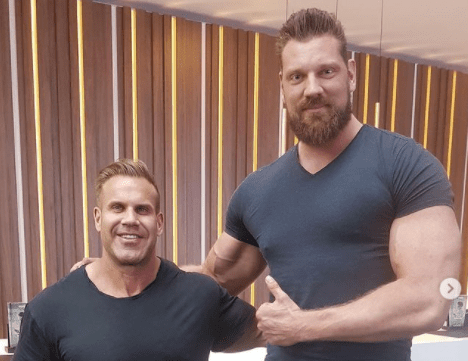 Entertainment Desk, Delhi- Magazine: We knew that Olivier Richters, aka ‘The Dutch Giant’ was literally a giant. Guinness’ Book of World Record has now acknowledged that. Olivier Richters is now officially in the famous book as ‘world’s tallest bodybuilder’. What a giant this man is. Apart from this he is ceo of MuscleMeat ( an online sports supermarket).

Olivier Richters had already reached a height of 2 meters when he was only 14 years old. At that time he was still quite underweight, because he weighed only 80 kg. This made him feel insecure and withdrawn. He didn’t want to continue like this and decided to change course. From this moment he started bodybuilding and became The Dutch Giant.

He started bodybuilding, not to become a bodybuilder, but to gain more confidence. In the first year he ate everything he could get his hands on. That resulted in 15 kilograms of extra muscle mass in the first year of his transformation. From then on it got really hard.  The Dutch Giant also no longer ate everything that was loose and stuck, but followed a strict feeding schedule in which concentrates played the leading role. He gained more and more experience in training and nutrition. He replaced his feeding method; eating everything that was loose and stuck to a stricter diet . It had now become 12 eggs, a kilo of oatmeal, 800 grams of meat, 200 grams of vegetables and a more frequent visit to the gym.

His fame and career

Due to his transformation, from 80 kilograms to 150 kilograms, and a length of 2 meters 18 his career has made big leaps. It took him 8 years of his life, but it landed him a role in the movie Ravers and he has become a real name in the world of bodybuilding. Richters says he can finally be happy with who he is. The uncertainty is gone and the curse of my birth has become a gift. Richters is an example that a chunk of muscle mass not only produces a beautiful body , but also self-confidence and perhaps a whole new life. 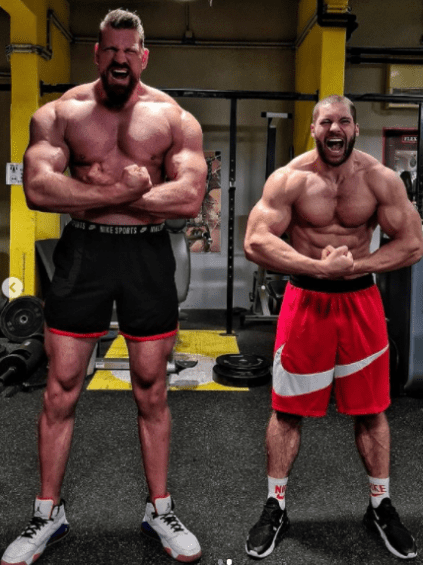 Also, who has endured a bizarre transformation is “The Mountain” from Game of Thrones . If you also want to grow as big or lose weight, you will have to draw up a good nutrition plan . This way you will definitely get fit for the summer.

He also shared the poster from his latest movie Borderlands on his Instagram page.

“Guinness World Records: Tallest Bodybuilder in the World, Non-Competitive. Super proud to announce that I have achieved this record in the beautiful book of 2022 with a verified height of 218.3 centimeters,” said Olivier Richters on Instagram.

You would also like to read about most beautiful female body builders Natasha Aughey and Cindy Landolt.