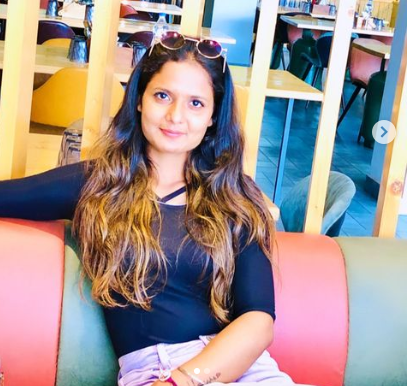 Still she is living in Gura, just 13 km from Phagwara, exactly between Ludhiana and Jalandhar in Punjab. She got married at the age of just twenty. There were differences with the in-laws, came to live with the father. She has a boy of nine years and brought him along too. Three unmarried sisters were already in the house. Instead of living in her in-laws’ house, her father freed her to live her own life and lived with her decision. 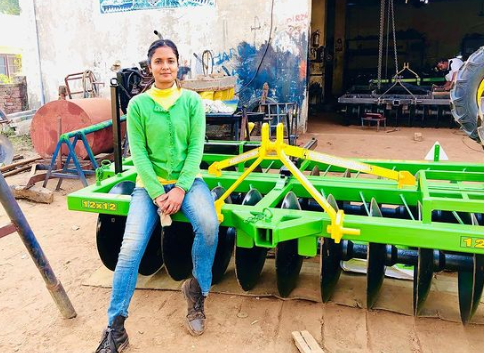 Now it is not easy for a girl to even live in the maternal house with a 9-year-old boy. Divorce case is going on. The satire of the family would be heard everyday. Asking for expenses from father everyday also hurts the self-esteem…..!!!

Tried to get life back on track by starting a job somewhere but could not. Father has a shop to make agricultural equipment by welding. His house is above the shop, the girl said to the father, I work here at the shop, give me the expenses that you give to a laborer, if I stay in my place together then there will be safety too.

The girl started working there for Rs 300 a day, welding iron and making equipment.

Became the first welding girl of Punjab. Cleanliness in hand is so much that even boys cannot do the same work as him. Due to the bright light of welding, water would flow from the eyes every day, lifting the iron would make the hands black and hurt, the socks would get hot and stick to the inside of the shoe, but it would get stuck in such a way that it could not even be removed.

Many girls came to the shop to learn work after seeing him, but seeing the hard work there, did not turn back and went to that shop. Harpal would wake up early in the morning and leave work at the very last in the evening. As much work as the other laborer would have done in a day, in the same amount of money, she would have given double the work to her father, that too very cleanly.
Started making videos on #TikTok. When she closed, posted videos of her welding on #Instagram.

When people started getting to know, then a Punjabi channel did an interview, then the girl was discussed in the whole of Punjab and abroad as well. Relationships are coming for the girl from England, Canada and other countries of Europe including India, but she wants to work only by living in the soil of her country, even if she gets less money.

Due to millions of #subscribers on Instagram and YouTube, people from Haryana, Punjab and Rajasthan also started coming to make agricultural equipment. In both the places, due to the channel name of #Brown_Kudi, the fame of Bhagwan Singh Dhanjal’s shop failed all over India.

You would also like to read: Best Tattoo Ideas For Couples.

Harpal Kaur is the eldest, the younger one is married and one has been got selected in the Punjab Police. The youngest works in the shop with this. Due to the hard work of the daughter, today the father’s business has increased manifold. The girl has her own bank account, has a lot of money, but still works hard every day, One day the fair at the shop is welding iron with crumpled clothes and black hands, then the other day she looks like a beautiful angel walking on a bullet.

You would also like to read: Mandeep Kaur: Hot Yoga Instructor.

Inspired by seeing so much passion towards the life of such fighting fighting girls !!!!!