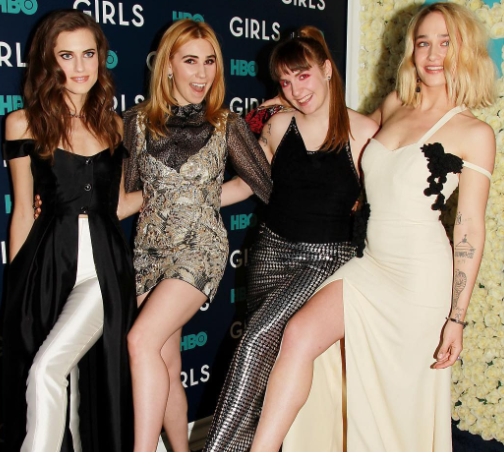 Entertainment Desk, Delhi Magazine: In the history of television, female characters have served as love objects and decorations of the “omniscient and omnipotent” gender. But the progress of modernity is also reflected on the screen. Now, we have the pleasure of watching such series in which women are no longer just princesses waiting for a magic potion. And they don’t like to laugh and get kicked on the floor anyway.

Gradually, we are seeing more and more projects in which lighting and cameras are directed towards a woman’s perspective and real life experiences. We see not only their bodies and their charms, but also their ugly sides, their inner turmoil and the struggles that led to those upheavals.

So, here are the 10 best series that really show what it means to be a big or small woman:

My So-Called Life is a famous American TV series of the 90s and tells about the life of 15-year-old Angela Chase. The series realistically describes how it feels when you are a teenager, that is, you are a little lost, you can’t stand your parents a little, you can’t stand yourself a little, you are a little ape, and along with all that, you have a lot of question marks in your head. Deep down, you seem to expect this stage of life to be more exciting than childhood, but every day is like a copy of the next, and nothing special happens. Angela also looks at the horizon, waiting for something different, amazing, and before that, like a teenager, she does not stop grumbling and rolling her eyes. 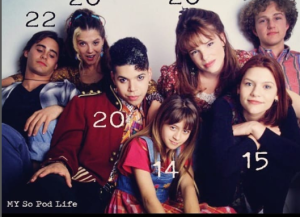 For those who are fans of Claire Danes or Jared Leto, the series will be even more special as it sees both actors at the beginning of their careers.

Derry Girls premiered in 2018, but thanks to it, we’re also traveling to the 90s. The series follows the lives of 4 teenage girls and a fifth disabled boy in Northern Ireland who attend a Catholic school. One of them, named Erin Quinn, tells us with extraordinary humor about the challenges of life in a conflicting environment where Protestantism fights against Catholicism, Great Britain and Ireland, although despite the real historical context. 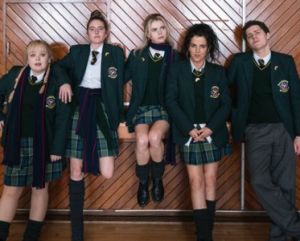 Derry Girls is, first of all, a series about teenage girls, their funny adventures and friendship.

For those obsessed with 90s nostalgia, the series will be even more enjoyable to watch.

Gilmore Girls is about the life and extraordinary friendship of a small-town teenager, Rory, and her eccentric mother, Lorelai. Along with humor, this series also brings a feeling of comfort and something native, while watching it, the town of Stars Hollow will become home for you, and the people who live there will definitely become home. You miss being friends with Rory and Lorelai, or being a sister to either. 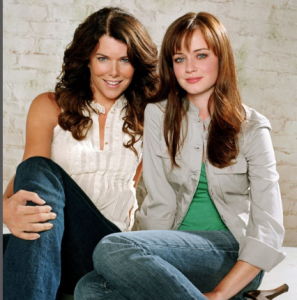 The series also introduces us to the real life of the American middle class and unique, memorable characters; And if you sometimes miss the early 2000s, this series will be even more of a discovery for you.

The Golden Girls tells about the lives of four single women living together in Miami. Their humor and relationships make the series a unique spectacle and easy and enjoyable for viewers of all ages. 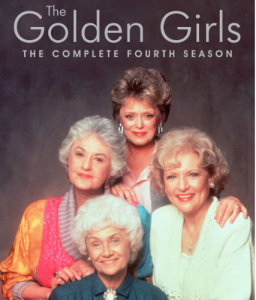 The series shows that at any stage of life it is possible to find love and happiness, to enjoy yourself and your friends.

HBO Girls series is perhaps the most realistic depiction of the chaos of the 20+ years in our lives and what it means to be stuck in the narrow trap between adolescence and adulthood; You don’t even know how to escape, or if you do, where to go.

The relationship between 4 young women shows us the complexities and complexities of both their characters and their friendship. 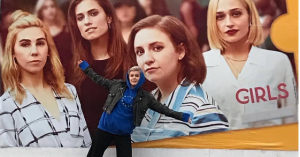 The series is also interesting for those who want to write like the main character Hannah Horvath and try to follow her dream and not starve to death.

Among other important messages, the series also talks about sexiness and the importance of accepting one’s own body.

My Mad Fat Diary is another modern British comedy set in the 90s, but it deals with issues that are familiar and relatable to today’s teenagers. The series is based on Ray Earle’s book, which was his real-life diary and reflected his feelings and experiences. Here, the main character is 17-year-old Ray Earle, who doesn’t like his weight, struggles with mental issues and has to make a long journey from self-hatred to self-acceptance and love. 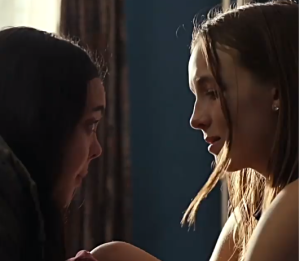 Fans of Jodie Comer are in for a doubly pleasant surprise, as the role of Chloe is one of the first in her work.

Fleabag is also a series about the life of a 20+ year old woman who hides her despair and confusion with extraordinary humor. The main challenge for the hero, whose name we don’t get during the show and is introduced to as Fleebag, is learning to love and forgive himself, as well as building healthy relationships with other people and trusting them. 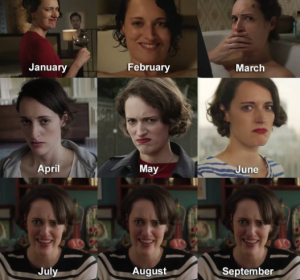 The series also focuses on mental health and how to deal with pain and loss without losing yourself.

8. Secret Diary of a Call Girl

Call Girl – The Secret Diary tells about the double life of 27-year-old Hannah Baxter, a little comic, a little tragic and a little secret. To her parents and friends, Hannah is a college-educated, respected legal secretary, but in reality her alter ego Belle is “friends” with London’s elite and lives the luxurious life of an escort. 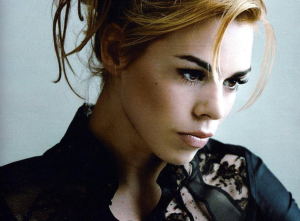 The series is similar to Fleabag in that the main character here also speaks directly to the camera and instantly connects with the audience.

Vaginal Valley is about a strip club in the small, fictional town of Chukalisa , Mississippi, its manager Uncle Clifford, and the black women who work there, who deal with poverty, domestic violence, the difficulties of being a black woman and the loss of loved ones by day, and by night they dance so that time stops watching them.

The series portrays pole dancing as an art, and the female dancers as people with rich and complex characters, whose bodies are flexible and supple, yet their character and attitude remain resilient in the face of all challenges.

My Extraordinary Friend tells the story of the friendship and rivalry between two girls with exceptional intelligence, Lenu and Lila, which will last their whole lives. Girls grow up in a poor quarter of Naples in the 1950s and fight the faceless monotony and violence with dreams and a special interest in learning. When Lenu’s family allows her to continue her education beyond elementary school, but Lila doesn’t, their lives change forever, and an almost invisible vein of rivalry darkens and erupts with anger.

In addition to showing the real, troubled side of friendship between women, which is not often talked about, the series of stories of families living in a poor Italian suburb may remind you of Georgia, Georgian news and courtyards.