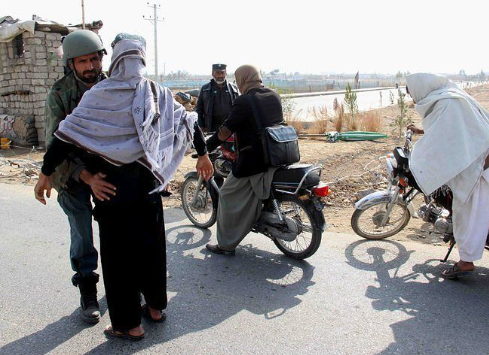 Afghan Desk, Delhi Magazine: Although there have been major attacks on civilians in Afghanistan in the past 20 years, with many casualties, Islamic extremist groups, especially the Shia and Hazara schools, hospitals, civil demonstrations, public places, mosques and mosques.

Mostly the Islamic State or Daesh Khorasan branch has claimed to attack these ethnic and religious minorities.

But the question is why only the Shiites are being targeted in Afghanistan? And if extremist groups like ISIS-Khorasan claim to carry out such attacks, do these groups have any reason for this violence or not? .

The Justice Minister of the former government of Afghanistan, Fazal Ahmad Manvi, believes that the killing of defenseless civilians has no religious justification.

In a message to Voice of America, the spiritual leader said, “There is no justification in Shari’ah to kill a person because of his belief, the way of worship, tradition, order, or form. Dozens of verses of the Quran and prophetic hadiths indicate this. There are about.”

Referring to the recent attacks on the Ashura ceremony in the west of Kabul, Mr. Mawni said that such killings are unforgivable and crimes against humanity.

At the same time, Afghan Hafiz Syed Abdul Wali, who has been an imam in the mosque for almost 25 years and is a follower of the Sunni religion, says that in Islam, the killing of an innocent person is the killing of all human beings. .

He said in an interview with the Voice of America, “Killing people of a community who do not participate in the war has no religious form, and such killings are not acceptable in humanitarian law.”

This religious scholar added that the attacks on Shiite Muslims in Afghanistan, whose historical roots go back to the early years of Islam, but now, according to him, “a number of ignorant people are taking advantage of it and that is why they are committing such inhumane crimes.” “.

Although the ISIS-Khorasan branch claims to have attacked Shiites and Hazaras in many incidents, Iran-based expert Yaqub Yesna believes that ISIS’s claim of responsibility for these attacks is “dubious” and cannot be confirmed. The involvement of the Taliban in these killings should be ruled out.

This author and researcher said in an interview with the Voice of America, “The Taliban are seeking to destroy the Shiite religion culturally and religiously. The day the Taliban came to power, the Jafari jurisprudence of the Shiites officially He has banned the Ashura ceremony in the city historically and traditionally. He lowered the flags that were raised for Ashura and removed the day of Ashura from the Jantar of Afghanistan.

Another Sunni expert, who did not want to be named in the report for security reasons, has the same opinion as Mr. Yesna and says that the Taliban and Daesh are not different.

He said, “The Taliban do not recognize Jafari’s jurisprudence, they removed the holiday of Ashura, and they fought and killed the commander of the Taliban, Mahdi Mujahid, who is also a Shia and a Hazara.”

Abdul Ali Mazari was the former leader of Hizb Wahdat-e-Islami and a Hazara leader who was involved in the civil wars of the 1990s and when the Taliban came to power in 1996, he was first arrested and then mysteriously killed.

However, contrary to these experts, the Taliban’s political deputy Abdul Kabir said on Twitter that “Islamic Emirate as a system is the servant of all Afghans and regardless of race and religion, the entire people is in service and trying to prevent any nefarious purpose of the enemy in Afghanistan.”

The ARG also pointed to the recent attacks on the Ashura ceremony in Kabul and said that “such incidents cannot cause disunity among Afghans.”

But on the other hand, Noor Rahman, the Minister of Refugees and Returnees of the former government of Afghanistan, says that it cannot be denied that the killing of Shiites is the work of ISIS, but he also emphasizes that in the past few years, Taliban have benefited from the name of ISIS. took

He added, “The main point is that there is no difference between the Taliban and ISIS in belief. It is completely permissible for extremists to kill Shiites.”

Although the Taliban have claimed that they are serving the entire Afghan people regardless of their religion or ethnicity, US-based expert Idris Rahmani, who monitors Afghanistan issues, in an interview with Voice of America The Taliban expressed doubt on this claim.

Mr. Rahmani said, “The Taliban are not willing to defend the Hazaras if it is not in their interest. The Taliban are the product of a Sunni seminary.”

Mr. Rahmani added, “If a person studies in a hard-line Sunni madrassa since childhood and then comes back and supports the Shias and is kind to them. If there is such a relationship between the Shias and the Sunnis, we Islam would not have had such a bloody history.”

Some experts believe that if the Taliban are not willing to protect the Shiites and Hazaras in Afghanistan, then this ethnic and religious minority must turn to the international community to find a way to save them.