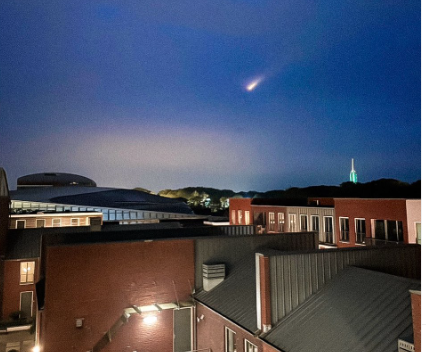 Like every year, a swarm of Perseids lets wishes fall from the sky. If you want to be there, you should be in the right place at the right time. 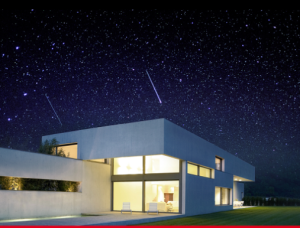 Around August 12th, thanks to the legendary Perseid swarm, countless shooting stars will again be visible in the sky with the naked eye. Especially when the sky is clear, it is worth looking up.

For night owls and early risers

When the sky is clear, many of these summer meteors can be seen in the night sky even on the nights before the Perseid maximum. According to old custom, some observers will then feel invited to give the shooting star , which burns up within seconds, a secret wish to take with them.

Dozens of meteors per hour

At the time of the Perseid maximum, up to a hundred shooting stars per hour could ideally light up in the sky – but only under unusually good observation conditions. However, rather inexperienced observers should not see quite as many shooting stars. The best viewing time during the Perseid Maximum is between late evening and early morning.

Trail to the constellation Perseus

The August meteors have always been a fixed date in the annual astronomical calendar for fans of shooting stars: the Perseids are the only large meteor shower in summer and one of the most productive of all. The summer shooting stars are named after the constellation Perseus. There lies the apparent starting point of the Perseid meteors, the so-called radiant.

In truth, however, the shooting stars come from the immediate vicinity of the earth: on its orbit around the sun, our planet crosses a cloud of tiny particles every year between mid-July and the end of August, which comet 109P/Swift-Tuttle left behind on its orbit around our central star.

When the earth encounters the cosmic dust trail of this comet, which recurs about every 133 years, the particles of comet dust, which are often only the size of a pinhead, penetrate the earth’s atmosphere at 60 kilometers per second – i.e. with the unbelievable speed of 216,000 kilometers per hour. At an altitude of 80 to 100 kilometers, the small dust particles then produce the phenomena of light called shooting stars.

The observer whizzing through space with the Earth sees a meteor swarm like a car driver driving through heavy snowfall: looking through the windshield, it seems as if all the snowflakes came from a common starting point. In truth, only perspective plays a trick – just like with the Perseids, whose tracers can all be extended back into the constellation Perseus from the point of view of the earthly observer.

You would also love to read about top visiting plaece in Europe.

The larger meteors shine as brightly as bright stars and planets as they enter the atmosphere. The so-called fireballs are even brighter, but also correspondingly rarer. These spectacular meteors often trail a colorful afterglow trail.

Skygazers do not need any special equipment to observe the Perseids – a deck chair or an insulating mat and a good all-round view are sufficient. Binoculars or even telescopes are even a hindrance when tracking down the meteors, which burn up in a matter of seconds, because the field of view of such instruments is far too small for the nimble sky cruisers.

Use wide angle and tripod

A place far away from the cities flooded with artificial light offers the best opportunities for observation. If you want to photograph the meteor shower, you should use a wide-angle lens,

Incidentally, the August meteors are popularly called Laurentius’ tears. The name commemorates Saint Laurentius, who died a martyr’s death on August 10, 258 under the rule of the Roman Emperor Valerian. Since then, according to legend, it has always rained fiery tears that day.