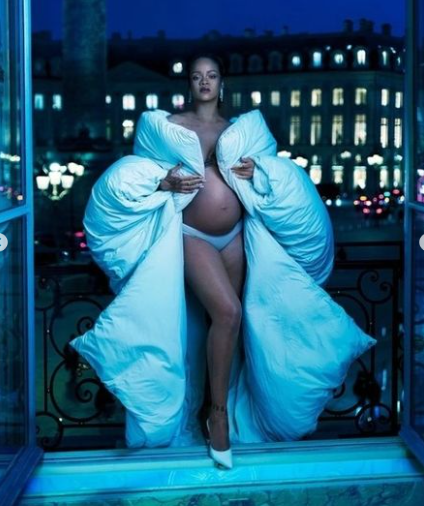 Lifestyle Desk, Delhi Magazine: The singer is now in the third trimester of pregnancy, but does not lose ground in the fashion industry.

Rihanna, who is expecting her first child with her partner, rapper A$AP Rocky, became the heroine of the new issue of American Vogue. For the cover, the singer posed in a lace outfit from Alaïa, and the pictures were taken by the legendary Annie Leibovitz. Rihanna spoke about how her life has changed after pregnancy in a candid interview for Vogue. 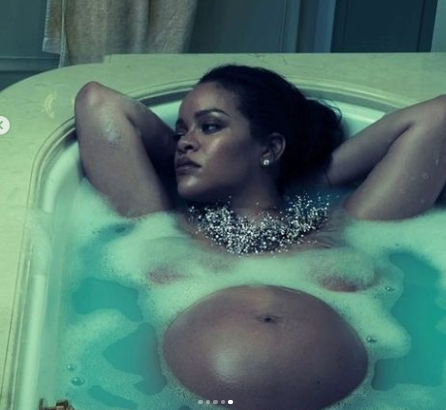 Rihanna admitted that she has not noticed any special changes in herself yet. She did not stop attending social events and even revolutionized the world of maternity outfits: all her outfits did not hide, but, on the contrary, only emphasized her condition. She did not refuse high-heeled shoes either.

“At first I expected some magical changes, but in fact I remain who I am,” says the singer, but admits that now she can’t resist the sight of donuts with chocolate and absorbs kilograms of tangerines with salt.

“The only way to eat them, we in Barbados take fruits into the ocean and dip them in salt water. Trust me, it’s delicious,” she tells a journalist.

“When I found out I was pregnant, I thought to myself: I will never go shopping in any department for expectant mothers. Sorry, but dressing up is too much fun. I will not let this part of life disappear because my body is changing True, my stylist is in despair: after all, my body is changing too quickly, but I think he just hints at an increase in salary, ”admits Rihanna.

The celebrity also commented on one of the most viral outfits that everyone discussed – a transparent Dior dress, in which she appeared at a fashion show in Paris.

“For me, this dress is actually the most maternity wear I’ve ever worn. Until that moment, we did not turn to the image of a lady. So I thought:” Let’s make a lady! “, – said Rihanna .

For her style of dressing, Rihanna is constantly criticized on the Web, but she believes that she is not obliged to hide her pregnancy.

With A $ AP Rocky, the father of her unborn child, Rihanna had long friendly relations, they often performed together and during the rehearsal it was the rapper who made the first step.

“He grabbed my ass on stage. It wasn’t part of the rehearsal! I’m like, ‘What are you doing!?’ ‘, Rihanna admitted.

But everything changed with the onset of the coronavirus pandemic, when the world went into lockdown. In the summer of 2020, the two of them went on a trip from Los Angeles to New York in a motorhome. The couple bought food at gas stations and barbecued on a cheap grill bought from a supermarket. But they were happy because they weren’t chased by paparazzi and crowds of fans.