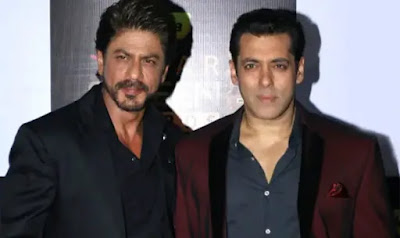 Few days ago from the meeting of Alia Bhatt and Sanjay Leela Bhansali, the film has been stirring up about Inshallah. Earlier news leaked that this film of Bhansali resembles the story of Hollywood film Pretty Woman. This news was intentionally leaked so that pressure could be put on Bhansali to change the story. Bhansali’s close friends confides that this film is not to be taken far away from the story of Pretty Woman.
After that, the matter of sale rights of the film were revealed. What happened between Bhansali and those who bought these rights, but Salman Khan was not happy about this deal. A few hours after the news of the rights being sold, Salman created a ruckus on Twitter by writing that the film had moved forward.
Different kind of news about Inshaallah continued to come out. Bhansali was also very upset with these news and he felt that it was necessary to put a complete stop on all these things. Bhansali also have decided to stop the film, but he changed his mind and placed Shahrukh Khan in this film and out Salman Khan.

Why is Shahrukh Khan is better than Salman Khan for Sanjay Lila Bhansali?

Shahrukh’s own image is also of a romantic hero. He has also worked with Bhansali in Devdas.
Moreever Shah Rukh  also have worked with Alia Bhatt in “Dear Jindgi” and  has done a similar role.