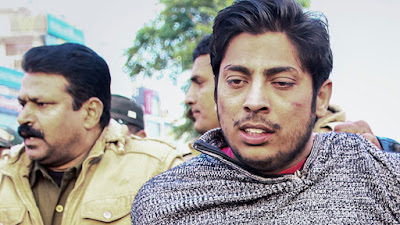 Family members of Kapil Gujjar, a young man who opened fire in Shaheen Bagh, Delhi, have said that he is not a fanatic but a normal boy and he was upset over the road being closed due to the protest there. Kapil fired two bullets into the air at Shaheen Bagh, the center of the Citizenship Amended Law (CAA) protests. Earlier too, a person had waved a pistol in Shaheen Bagh after which there was a lot of ruckus. Lukman, who fired the pistol, had told that he had been living in Shaheen Bagh for the last 30 years. He went there to speak to the protesters to open the road.

However, there were no casualties. He runs a dairy business in Dallupura village on the Delhi-Uttar Pradesh border.

Why People are going against Shaheen bagh Protest

A main road connecting South Delhi to Shaheen Bagh was blocked for more than a month due to anti-CAA protests in Shaheen Bagh. Protests against the Citizenship Amendment Act and the National Register of Citizens are continuing in Delhi’s Shaheen Bagh. Shops and show rooms are closed. Their fare ranges from 40 thousand to 3 lakh rupees. Traders are suffering a lot of losses.
Shaheen Bagh is the third incident against the protest. First, Haji Lukman (Muslim) entered the place of protest at Shaheen Bagh with a pistol. On Thursday, a minor boy, a resident of Jewar, fired at the crowd during a walking march going from Jamia to Rajghat.
Same in case of Kapil, Kapil’s family has a small dairy business in Dallupura, while the big dairy business is in Badarpur. His business was being affected due to the closure of Road No. 13 in Kalindi Kunj.

Other problems due to Shaheen Bagh protesters:

They are not allowing passing any vehicle even ambulance.
Students Exam also in next month, so their studies are also affected.

Fateh Singh, uncle of Kapil (25) said, “On normal days it takes two hours to reach Badarpur Dairy. He had to travel 10 kilometers. But because of the demonstration, he had to travel 35 kilometers and he would reach home at one o’clock in the night. “He was relieved, but not so much that he would have done anything.

He said that the family owned a small dairy in Dallupura and a large dairy in Badarpur and the business was being affected by the closure of Road No 13 in Kalindikunj. Family members said that Kapil wanted to become a reporter, but he dropped out of college in the middle and got into dairy business. He said that after completing his studies from a local school in Vasandhura, he enrolled for a media course at Delhi’s IMS College.

The villagers of Kapil Gurjar say that he is a very quiet person and works in a milk dairy with his father, the name of the accused’s father is Chaudhary Gaje Singh Bainsla, who have contested the election on the Bahujan Samaj Party ticket  in the year 2012 of councilor in the Municipal Corporation.

Kapil’s elder brother Sachin told that after passing the 12th standard, his brother enrolled in a journalism course. One year he also went to class. But later she quit journalism and took up milk dairy with her father. Sachin has categorically denied that Kapil is associated with any organization.