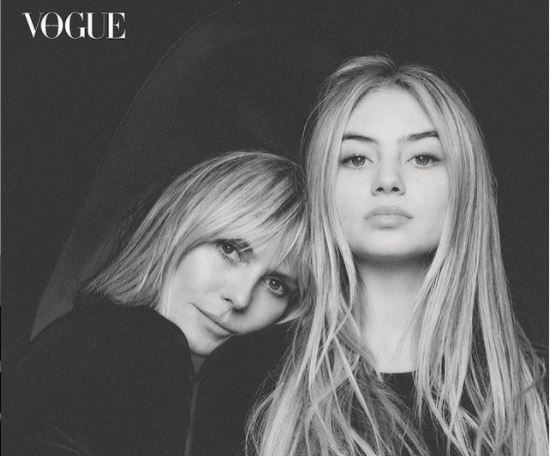 After Heidi Klum revealed the face of her eldest daughter to the whole world on Thursday , the 47-year-old can now post freely and unabashedly on Instagram. 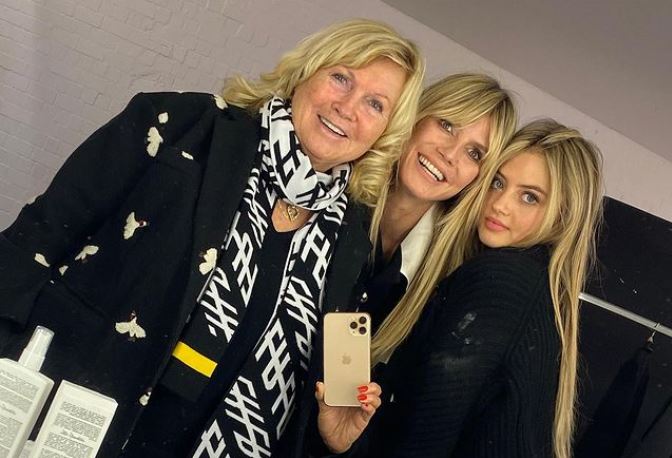 The three women stand close to each other, smile together through the mirror at the camera. Heidi Klum commented on the snapshot: “In the studio with my mom and Leni for ‘Vogue'”. The mother of four revealed that the three-generation picture was taken on the set of the shoot for the German edition of “Vogue”, with which Leni made her model debut a few days ago.

Eaelier Heidi Klum used to protects the privacy of her children like her greatest treasure. For years, the GNTM boss kept Leni, Lou, Johan and Henry out of the public eye. It’s only recently that her kids have started to appear on Instagram more and more often. The model always keeps the faces of the four covered.

Support on the set from mom and grandma

The 16-year-old stood in front of the camera for the fashion magazine with her mother. For the first time fans could get a look at her face because that has never been seen for all these years. Heidi Klum protects the privacy of her children like her greatest treasure. Photos of Leni, Henry, Lou and Johan were taboo. But because Leni turned 16 in May and is therefore old enough for the public, Heidi is now making an exception with her oldest daughter. The shoot for “Vogue” was the starting gun for Leni’s modeling career.

The 16-year-old dreams of one day taking over her mother’s casting show. In the coming years, however, she wants to gain her own experience first. “And if at some point my mother doesn’t feel like doing it anymore, then I’m very happy to jump in,” she said in an interview with Vogue.

16-year-old Leni said that she would not rule out the possibility of taking over her mother’s model casting show at some point: “I can imagine it.” In the coming years, however, she wants to gain her own experience. “And if at some point my mother doesn’t feel like doing it anymore, then I like to jump in.”

You would also like to read about most curvy Hollywood actress.