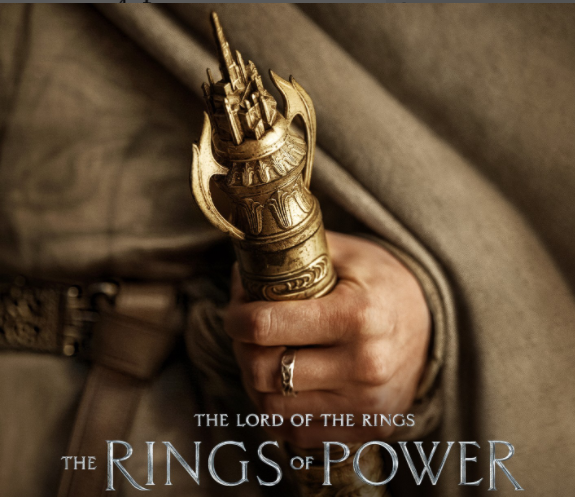 Entertainment Desk, Delhi Magazine: The first trailer of the series “The Lord of the Rings: The Rings of Power” has been released online. The production of Amazon Prime Video was to cost its creators about $ 465 million.

The series will show the stories that took place during the Second Age of Middle-earth, that is, thousands of years before the events described in “The Hobbit”. The Second Age is a dark time in the history of Middle-earth. It lasted 3,441 years and began with the defeat of Morgoth, a wizard who was much more powerful than Sauron.

In the series we will learn the history of the kingdom of Númenor and find out how Sauron gained such great power. The plot tells about the forging of the original rings of power that allowed Sauron to spread darkness in Middle-earth. – The Rings of Power unite all the major stories of the Second Age of Middle-earth: forging them, the beginning of Sauron, the epic tale of the island of Numenor, and the last alliance of elves and humans. So far, viewers have only learned the story of one ring.

Who’s in the cast of “The Lord of the Rings: The Rings of Power?

The Lord of the Rings: The Rings of Power – when is the premiere?

The series “The Lord of the Rings: The Rings of Power” will debut on Friday September 2 on Amazon Prime Video and will be available in 240 countries around the world. New episodes of the series will be added every week.

“Lord of the Rings” – trilogy

The Lord of the Rings trilogy by Peter Jackson is considered one of the most successful and popular film series of all time, and the success of the films prompted the director a few years later to adopt a similar adaptation of The Hobbit. Amazon is certainly hoping for a similar triumph by producing the serial version of “Lord of the Rings”. It will be one of the most expensive TV series to date. The first season alone was to cost around $ 465 million.

Set in the Second Age of Middle-earth, that is thousands of years before the events of “The Hobbit” and “The Lord of the Rings”, the show will feature a number of original stories and characters. There will be, among others An elf named Arondir, played by Ismael Cruz Córdova, the first Puerto Rican actor from a Tolkien-related project. On the screen we will also see, among others Lenny Henry or Sophia Nomvete – the latter will play a dwarf on the screen as the first person with a short stature.

The creators of the series unscrupulously diversify the world of Middle-earth. “It seemed natural to us that an adaptation of Tolkien’s work should reflect the real world,” executive producer Lindsey Weber told Vanity Fair. – Tolkien is for everyone. His stories are about fictional races that are their best version, because they do not isolate themselves in their cultures, but assimilate – she added.

Elves in the series “The Lord of the Rings: The Rings of Power”

– Who are the people who feel so threatened or disgusted with the idea that an elf is Black, Latin or Asian? – asks Marian Rios Maldonado, an expert in Tolkien’s works.

As for the more legitimate concerns about the show, the creators said there would be hobbits – in a way – even though Tolkien’s books emphasize that the hobbits did not influence the history of Middle-earth much until Bilbo and Frodo Baggins and their companions appeared “on the wallpaper” . “One of the very specific things the lyrics are saying is that the Hobbits never did anything of historical interest or noteworthy before the Third Era,” said show co-creator Patrick McKay. “But really, would you feel like you are in Middle-earth if you didn’t have hobbits or something like hobbits in it?” – He was asking. The show will therefore feature Hobbit ancestors known as Harfoots, although they do not live in the Shire.