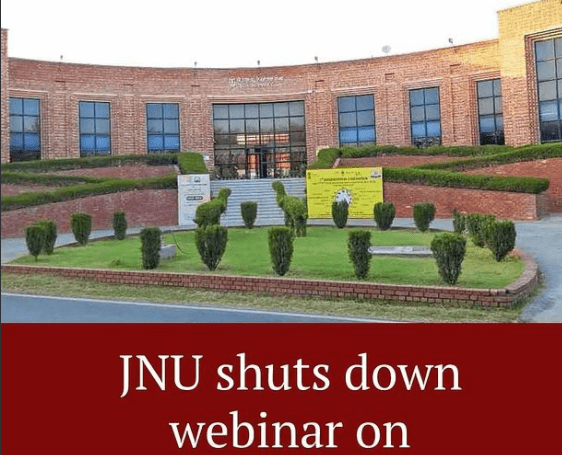 City Desk, Delhi – Magazine: A webinar on Kashmir was organized by the Center for Women’s Studies at Jawaharlal Nehru University. In this, Jammu and Kashmir was being addressed as ‘Indian Occupied Kashmir’. According to the university administration, after the information about many such objectionable facts came to the fore, the administration immediately directed to stop and cancel the webinar.

Vice Chancellor M. Jagdish Kumar said, “As soon as it came to our notice that an online webinar is being organized by the Center for Women Studies on Friday at 8.30 pm titled ‘Gender Resistance and Fresh Challenges in Post-2019 Kashmir’ We immediately instructed the faculty members to stop the program.” 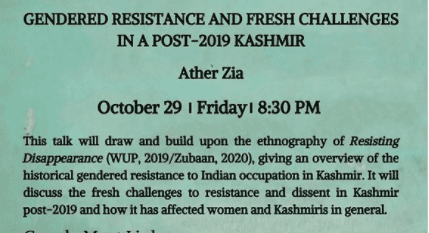 Many students and teachers strongly objected to the reference to Kashmir in the webinar.

Several JNU students and teachers raised strong objections to the reference to Kashmir in the webinar. Student body ABVP said the webinar webpage addressed Jammu and Kashmir as ‘Indian Occupied Kashmir’, which is objectionable and unconstitutional. The VC said the faculty members had not taken permission before planning such an event.

“This is highly objectionable and provocative, as it raises questions on the sovereignty and territorial integrity of our country. JNU cannot be the platform for such highly questionable webinars. The matter is under investigation,” he said. Several teachers in the webinar lodged a strong protest over Kashmir, an integral part of India, called ‘Indian Occupied Kashmir’ and said it was an attempt to portray JNU as anti-national.

It is unfortunate that the webinar webpage has addressed the Union Territory of Jammu and Kashmir as ‘Indian Occupied Kashmir’. This is despite the fact that the Government of India has repeatedly declared Kashmir as an integral part of the Republic of India. Such webinars and events continue to portray JNU as a venue for anti-national discourse and hence it is condemnable in every way.

You would also like to read: Best safe place in delhi for couples.

ABVP unit president in JNU Shivam Chaurasia said that we have demanded the administration to immediately stop this webinar as it undermines the integrity and sovereignty of the Republic of India and the Constitution of India. ABVP-JNU secretary Rohit Kumar said that we demand immediate action against the chairperson of the Center for Women’s Studies, the concerned faculties and the JNU registrar, who had given permission for the program and who organized such webinars by distorting facts.