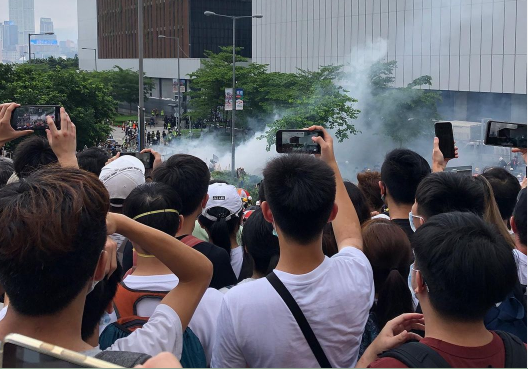 Political Desk, Delhi Magazine: Isabel Santos, member of the Group of the Progressive Alliance of Socialists and Democrats in the European Parliament (EP), recently introduced the issue of the Macao Special Administrative Region (SAR) during the debate on the new EU-China strategy.

In a report approved Thursday in Strasbourg, the EP calls on China to respect Macao’s statute and stop interfering in elections and media operations.

“Of course, for the EP, this is a new situation, as the EP has so far debated the situation in Hong King, Xinjiang, Tibet. This is a new issue within the European Union (EU), within the PE,” he added.

For the Portuguese MEP, who is part of the Foreign Affairs Committee and the EP’s Human Rights Subcommittee, “this does not mean that the EU was not monitoring the situation in Macao, but with the worsening that has been witnessed in recent times, it takes a another relevance in the debate we are having”.

According to Isabel Santos, the covid-19 pandemic “was used by China, as it has been used by various dictatorial and autocratic powers around the world, as an excuse to repress freedoms even more”.

“The directives given to TDM journalists under the covid are not justified”, nor the decision to outlaw peaceful surveillance, which has been organized since the 1990s in Macao, in memory of the victims of Tiananmen, “and even with retroactive effects, which is something amazing,” he continued.

On the other hand, he said, “demonstrations and sporting and cultural initiatives, albeit with restrictions, continued to be organized, but demonstrations of a political nature were prohibited, when there were no cases or the cases were residual and there was no other type of restrictions”.

According to Isabel Santos, covid is being used to further repress freedoms and has nothing to do with Sunday’s elections, in which pro-democracy candidates were removed from these elections in an absolutely arbitrary way. They were removed for the crime of opinion, pure and simple”.

The MEP believes that, with the introduction of these amendments to the report on the new EU/China strategy, “it was very clear to urge China to respect the Macao Basic Law, in force until 2049, and the provisions of the Sino-Portuguese joint declaration , which prevent any interference in the country’s electoral law processes, in the functioning of the media and guarantee rights and freedoms that cannot be violated under these agreements.”

“China is called upon to fulfill these commitments and this is a sign that any dialogue that will be carried out with the Chinese authorities will have to pay attention to this issue,” she concluded.

The Macao Government regretted the content of the report approved by the EP, stressing that the “Constitution and the Basic Law fully guarantee the residents of the Macao SAR the right to vote, among other fundamental rights” and stressed that Sunday’s parliamentary elections , whose process was marked by the exclusion of pro-Democratic candidates, “were carried out in an orderly manner and in compliance with the Basic Law” of the Macao SAR “and the Electoral Law for the Legislative Assembly [AL]”.