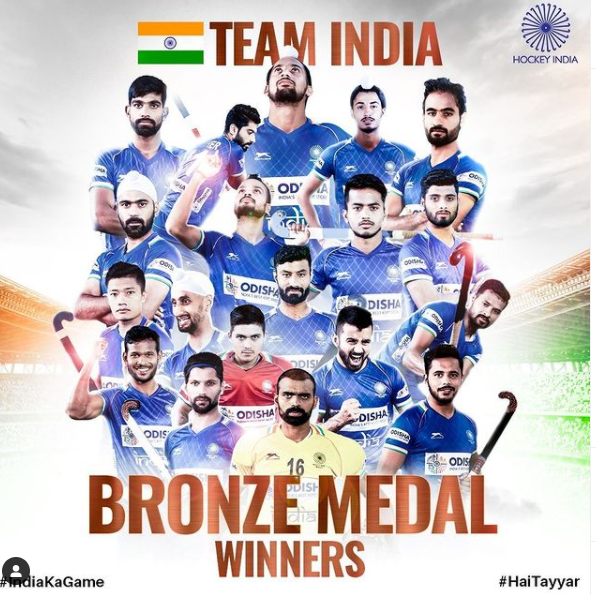 The Indian team won the medal in hockey after 41 years by defeating Germany 5-4 and winning the bronze medal. Team India may have had a poor start in this match but it came back by scoring consecutive goals. Although, despite this, Germany tried to put pressure at one time, but Team India once again made a tremendous comeback and took a 5-4 lead and kept it till the end and won. Germany dominated in the first quarter. He played an attacking game and scored a goal in the very first minute to take the lead. He got a penalty corner just before the end of the first quarter. India made a brilliant defense on this and kept Germany’s lead 1-0. Sreejesh stopped two good goals in a row. 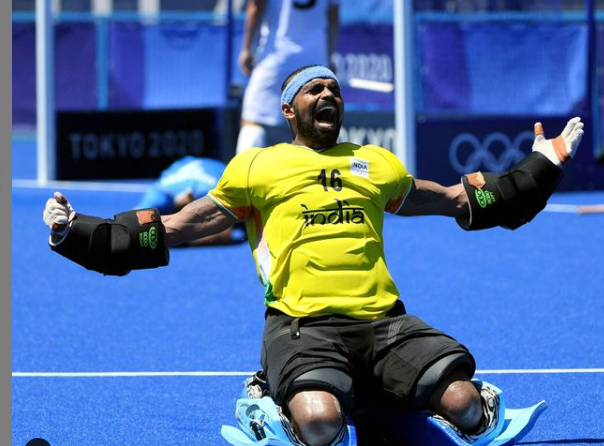 Team India took a 5-3 lead over Germany. India scored 2 goals in the third quarter. India scored their fourth goal in the 31st minute when Rupinder Pal Singh converted a penalty stroke. Simranjit Singh then scored a field goal in the 34th minute.
At the start of the fourth quarter, India had taken a 5-3 lead but Germany put up a brilliant performance to cut India’s lead with the fourth goal in the 48th minute. Germany scored this goal through a penalty corner. Germany looked dominating in this fourth quarter game but Team India were leading 5-4, which India maintained to ensure bronze medal.

Prime Minister Narendra Modi has congratulated the Indian men’s hockey team for winning the bronze medal in the Olympics. He said that this is a historic day. This day will always be present in the mind of every Indian. Congratulations to Team India for bringing home the Bronze. He has given new hope to the youth of our country. India is proud of its hockey team. 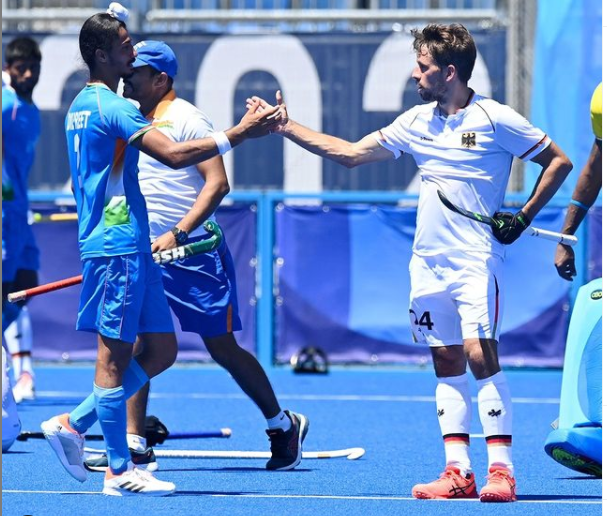 The final match for 1st and 2nd position  will be played between, Argentina and Netherlands.