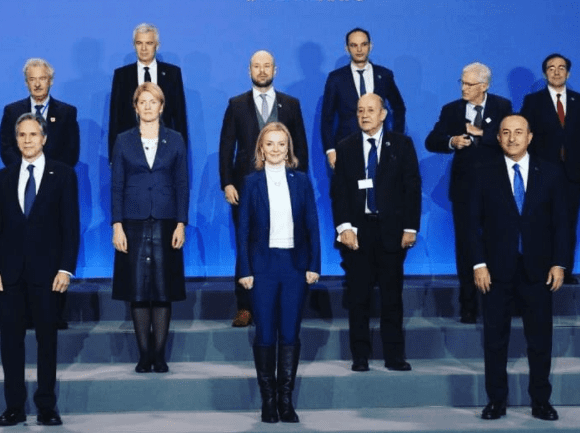 World Desk, Delhi- Magazine: A warning came during a speech that the head of British diplomacy gave on Thursday at the Lowy Institute in Sydney. Liz Truss included the Ukrainian conflict as part of a wider dispute between liberal states and autocracies, including Russia and China. The minister called on Vladimir Putin to “stop and withdraw from Ukraine before he makes a huge strategic mistake.” She stated that the Kremlin “did not learn from history” and that “the invasion will lead to a terrible swamp and loss of life” on the scale of the Soviet-Afghan War and the Chechnya conflict.

Truss declared that Britain and its allies would continue to support Ukraine and call on Russia to de-escalate and engage in “constructive talks”. “What is happening in Eastern Europe matters to the world,” she assured. In the opinion of the head of British diplomacy, “the autocracies have been emboldened in a way that we have not seen since the Cold War.”

Truss took the floor a few hours before another meeting of leading US and Russian diplomats in Switzerland regarding the growing tension around Ukraine. US Secretary of State Antony Blinken is due to talk to Russia’s foreign minister Sergei Lavrov on Friday in Geneva . The first series of talks took place last week, but to no avail.

Russia’s threat of invasion of Ukraine

Since last autumn, there have been warnings about the Russian invasion of Ukraine. According to American intelligence , there are about 100,000 people near the border. Russian soldiers . On Wednesday, Blinken said in Kiev that such a concentration would give Putin the opportunity to take further aggressive measures against Ukraine “very short notice”. In turn, Joe Biden warned the Russian leader against “sanctions he has not yet seen” and announced that if the Kremlin attacked Ukraine, the Americans would strengthen the military presence in Poland and Romania. When asked whether Putin would commit aggression, the US president replied: “I’m not sure he is sure what he will do. I guess he will. He has to do something. The Russian side denies it reports and claims he has no plans to attack.