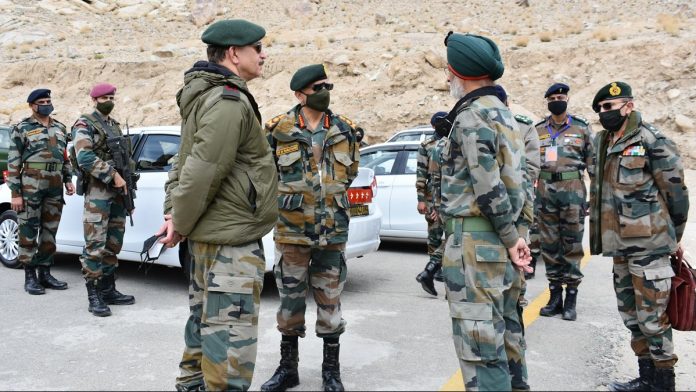 The Chinese army soldier, who was captured by the Indian Army in Ladakh 2 days ago, returned it to the Chushul-Moldo meeting point on Tuesday night. On Monday, the soldier wandered into the Line of Actual Control (LAC) and reached Chumar-Demchok area of ​​Ladakh. The army said on the same day that the Chinese soldier would be returned as per protocol after completing the fixed procedure.

The soldier has been identified as Corporal Wang or Long, who was captured in the Chumar-Demchok area. Indian army officials have given this information. According to media reports, before the return of the Chinese soldier, he was questioned by experts related to the affairs of China. At the same time, the army had told that the Chinese soldier was given medical help, food and warm clothes, so that he did not have any problem.

Indian Army prepares to stand in Ladakh even in winter,
amid continuous tension between India and China, Army has made preparations to remain in Ladakh areas in winter. India has purchased warfare kits and winter clothes for high altitude areas from the US.

Indian troops occupy 13 important peaks south of Pangong Lake in Ladakh, where they are full of strength in minus 25 degree Celsius temperatures. The Core Commander level meeting in Chushul on October 12 to resolve the border dispute lasted for nearly 11 hours, but like the earlier meetings, there was no concrete way out.

Chinese army appealed
Army sources said that the Chinese Army had sought information about the Indian Army after the disappearance of its jawan. A Chinese army official said Monday night that the soldier had gone astray while helping a local shepherd retrieve the yak. In his message, the officer said that we hope that the Indian Army will live up to its promise to send back the missing Chinese soldier as soon as possible and in the 7th round meeting of senior commanders reached the agreement to maintain peace in the border areas will implement.

You would also love to read: Tea benefits in our lifestyle category.