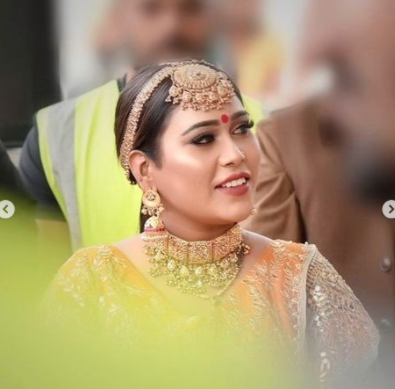 Bollywood Desk, Delhi- Magazine: Bigg Boss 15 fame and popular singer Afsana Khan has married boyfriend Saj. The ‘Titliyan Varga’ singer started her married life by marrying Saaz on February 19. Their wedding pictures are going viral on the internet, which is being well-liked.

Afsana is seen in orange color wedding dress. At the same time, Serwani with a turban on his head and the instruments in Doshala look quite handsome. Afsana has shared these pictures on her Instagram. 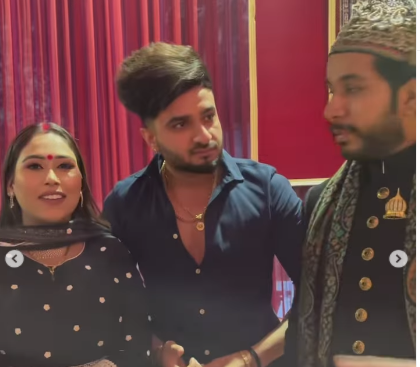 After marriage, she also had a party and shared many videos and pictures from this. A few days have passed since the marriage of Afsana Khan, but the singer is now in the news once again.

One user commented and wrote, “Damn on Afsana who became a Hindu even after being a Muslim … spoiled the name of a Muslim by becoming a Muslim.

Afsana Khan also shared photos of her Haldi ceremony, in which she looked very beautiful. She carried a yellow suit and golden earrings. Also she had put on goggles. Bhojpuri actress Akshara Singh also added a lot of color in Afsana Khan’s Haldi Ceremony.

Afsana Khan came into the limelight due to her famous song ‘Yaar Mera Titliyan Varga’. This song of Afsana Khan was well-liked by the people.

Afsana, who started her singing career from the year 2012, was selected as a participant of Bigg Boss 15 in the year 2021. On the second day of the show, she was fighting with Jai Bhanushali but she could not go till the last.

You would also love to read: hindi and punjabi songs download websites.