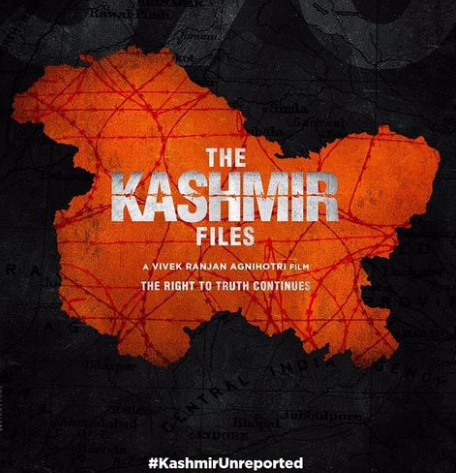 Bollywood Desk, Delhi Magazine: The earnings figures of ‘The Kashmir Files’ are not only shocking, but also historic. The film is earning the highest from the Hindi belt. From Gujarat to Union Territories, the film’s earnings are the highest. However, earnings are a bit loose in Mumbai and South as compared to all other states. After the arrival of multiplexes, there has rarely been a film released before whose earnings are increasing every day. Be it on weekends or working days.

Taran Adarsh report on weekely collection of “The Kashmir Files”

Why “The Kashmir Files” is so much popular

The film “The Kashmir Files”, directed by Vivek Agnihotri, released on March 11, tells the story of the massacre and exodus of Kashmiri Pandits in the 1990s.

The star cast and story  of  “The Kashmir Files”

Anupam Kher, Mithun Chakraborty, Darshan Kumar and Pallavi Joshi are in important roles in this film. Every artist present in the film has garnered a lot of accolades by performing excellent acting.

The film The Kashmir Files, showing the story of atrocities on Kashmiri Pandits and their massacre, left a deep impression in the hearts of the audience. In this film directed by director Vivek Agnihotri, Anupam Kher was seen in the role of Pushkar Nath and Darshan Kumar as his grandson Krishna. In the film, Krishna is the link in the film that removes the curtain from the atrocities on Kashmiri Pandits in 1990. Darshan Kumar has played this role of Krishna very well. But according to the reports in the past, it was not Darshan for Krishna’s character, but Akshay Kumar was the director’s first choice.

This is the story of the biggest exodus due to the gruesome massacre that took place in Kashmir, India. A never written script of logic and reality about Kashmiri Pandits evicted from their own homes.

People Reviews about the movie “The Kashmir Files”

Prime Minister Narendra Modi had recently lauded the film “The Kashmir Files” and said such films should continue to be made. Addressing the BJP Parliamentary Party meeting, Modi spoke at length about the film and alleged that till now no attempt has been made to make a film bringing to the fore the pain of Partition and Emergency because “there is an attempt to suppress the truth”. ”There was a constant effort. He had said, “There is a lot of discussion about Kashmir files these days. Those who always walk around with the flag of freedom of expression, that whole community is frightened.

Union Home Minister Amit Shah termed ‘The Kashmir Files’ a bold representation of truth. He had said that the film exposed the sacrifice, unbearable pain and struggle of Kashmiri Pandits to the world.

Madhya Pradesh CM Kamal nath also said that, “@vivekagnihotri
He is the son of Madhya Pradesh. Thank you Vivek ji for revealing the pain of our Kashmiri brothers and sisters that never came before the world through #TheKashmiriFiles”.

Famous artist Sudarsan Pattnaik also made a sand art at Puri beach for this movie.

During a conversation with a news channel, Abhishek spoke openly on ‘The Kashmir Files’. He said that only when the film is good, people like to watch it, otherwise the film would not work at all. Abhishek told that he did not hear from anyone’s mouth that this film is bad.