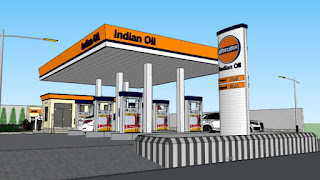 New Delhi 23, September Delhi-Magazine: Crude oil markets worldwide have been severely affected since the attack on Saudi Arabian oil plants Aramco. The price of petrol in Delhi increased by 29 paise to Rs.73.91  paise per liter. Petrol became expensive by Rs. 1. 88 in seven days.

In the same month, on September 14, following the drone attack on Saudi Arabian government oil company Saudi Aramco’s oil plants, the price of crude oil in the international market rose by almost 20 percent on Monday, the biggest one after 28 years. The day was fast. It was reportedly claimed by the Houthi rebels of Yemen.
Saudi Arabia supplies 2 million tonnes of crude oil to India every month. Out of this, supply of 12 to 13 lakh tonnes has been received for the month of September. The remaining supplies are also expected to be available soon. Petroleum Minister Dharmendra Pradhan has also spoken to the Petroleum Minister of Saudi Arabia about this. Saudi Arabia has assured India to maintain its supply of crude oil.

Fri Oct 11 , 2019
A missile attack has been feared behind the explosion in an Iranian oil tanker near Saudi Arabia’s Jeddah port on Friday. The tanker’s company expressed this apprehension. The explosion in the ship caused oil spills in the Red Sea. Irani’s news agency ISNA has reported that two Vessel tanks have been […]