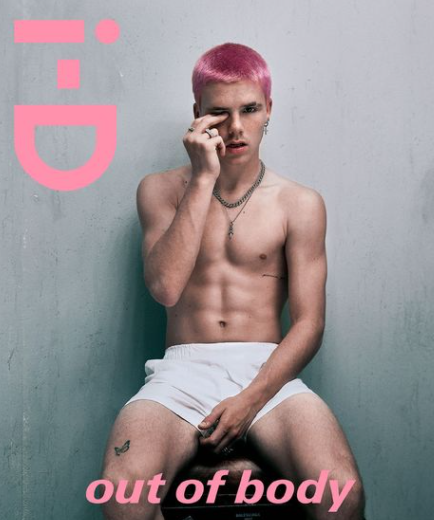 Fashion Desk, Delhi Magazine: Cruz Beckham, the youngest son and third child of the Beckham star couple, made his modeling debut by posing for the cover of iD magazine. The Daily Mail writes about it.

17-year-old Cruz chose a bright image: he dyed his hair bright pink and posed in nothing but white boxers. And he spoke frankly about his plans for the future.

The young man decided to follow in the footsteps of his mother, a former member of the cult group Spice Girls, Victoria Beckham.

He is currently working with musician Poo Bear, who has recorded tracks with Justin Bieber and Usher.

“We were just in the studio a few times and wrote a few songs together,” Cruz said and admitted that he had previously thought that he would play football like his father and even played for the Arsenal youth team at one time, but now he realized that music, though, he likes more.

Earlier, Cruz Beckham showed a sincere love for the work of Billy Eilish. Even his birthday cake was decorated with her photo.

Recall that Cruz was not the first of the Beckham children who decided to try his hand at modeling. His older brother Brooklyn did some filming before he became interested in photography himself, Romeo – only recently appeared in an issue of GQ .