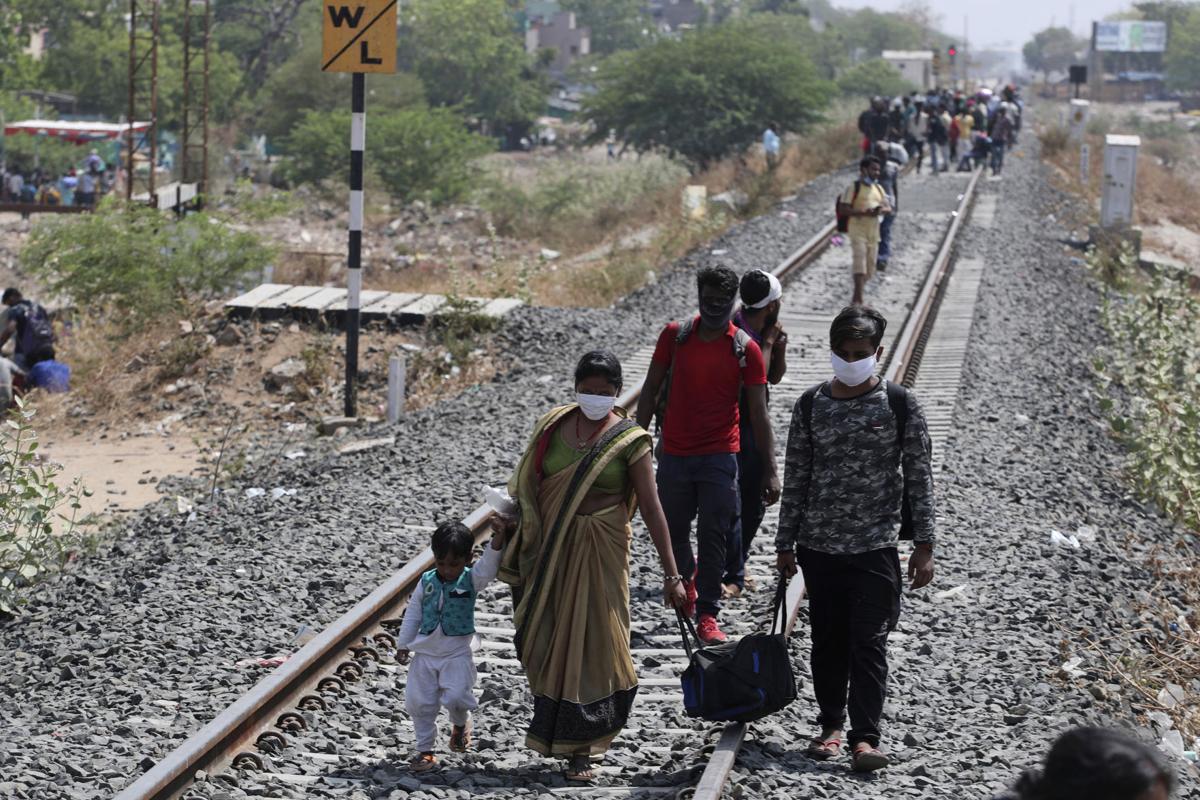 The Corona epidemic again showed that the poor agglomeration has no where to go. They neither belong to a country nor a state. By sending airplanes to people from abroad, the central government brought them safely back to the country; however, the labours of the country could not be provided with basic buses or means of transport so they could reach safely to their hometowns.

Announcing a complete lockdown on 24 March, the Prime Minister had appealed to the employers and landlords of the workers to not only pay the wage to the labours during the detention, but also mitigate the rent or not take it all. After the Prime Minister’s announcement, Delhi Chief Minister Arvind Kejriwal appealed to the workers not to leave Delhi. He guaranteed for the minimum to be given that included two meals a day. But this process lasted only for a few days and completely lost its purity when only pictures while giving out food could be seen on social media. Giving food to homeless or the poor became the most coveted thing during the lock down.  Not just this, more problems began to arise when these people were asked to leave their habitats as they failed to pay the rents. The demand of the rent from the landlords led to the havoc and they migrant workers began to leave their homes towards their native  villages which are really far.

This ordeal is not just of the labourers, but the middle class too where the salary was given for one month, and was refused the next month. These announcements made by the government were not implemented well and nor were abided by many business owners. But the situation is such that no one can be blamed for this bad behaviour.

Our Prime Minister has announced a package of 20 lakh crores. If only 200 crores among 20 lakh crores were also given to the correct system to send millions of people of our country to their home safely, the situation perhaps would not been as ugly as it is now where the migrants fear coming back.

Who will be adminstering the funds allocated by the PM and who has a part in the finances?

Is this 20 lakh crores package only for the capitalists and businessmen? If the survivors return home, it will be seen only then.

Many people must be thinking why are people going back?

Workers’ special trains are running across the country from May 1. So that migrant workers can easily return to their homes. But it ain’t as easy as it may sound as the availability of seats is limited and they not everyone can be seated. Besides, no one wants to wait or lets say are not in a position to wait as they are not in good state financially and mentally.  As a result, they began to begin the voyage on foot. Today, thousands of labourers are seen walking on the streets hungry, thirsty, barefoot with their families. Due to this road accidents have also taken place killing a large number of people.

Recently, a truck collided with another truck full of labourers returning from Bihar Jharkhand in Auraiya, Uttar Pradesh, killing 25 workers. Recently, 16 labourers were killed after being hit by a train near Aurangabad in Maharashtra.

A family returning to Chhattisgarh by bicycle on the Shaheed Path of Lucknow succumbed to the accident. The husband and wife died in this accident but their two children survived. Due to lack of resources, this family of 4 was going to their village by bicycle.

There have been many more such incidents., why our state and centre government not paying any heed to these incidents. Why have they turned a blind eye. Even media channels are just showing neighbour country Pakistan’s problem. Why don’t they see problems of their own countrymen?

Only BJP’s Haryana Govt provided over 800 buses to UP and MP to ferry migrant workers to their villages. I hope other states government also will learn something from Haryana’s CM Manohar Lal Khattar.