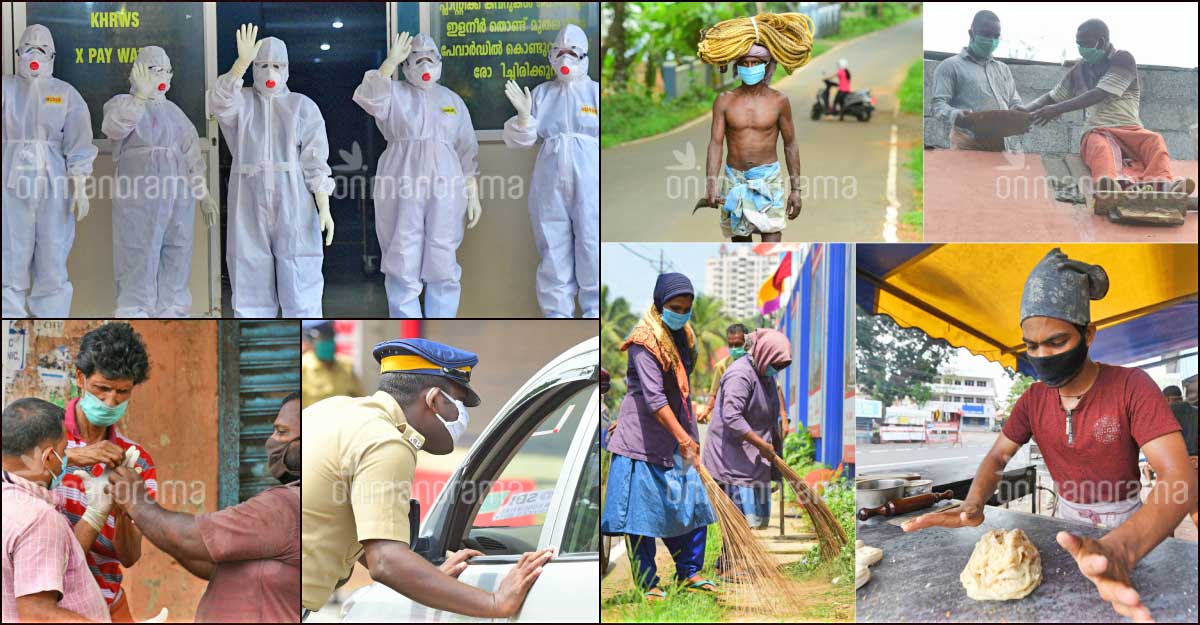 Kerala, a hot spot for recruitment in ISIS for the last few years due to the propagation of jihadist ideas is now back in the headlines for some good reasons. Apart from Union Territories and North-East states, today, less than Kerala with a population of 3.5 crore, only in Uttarakhand, Himachal, Goa and Chhattisgarh.

The risk of coronavirus is increasing continuously throughout the country. So far, the number of corona patients in the country has crossed 1.4 lakh. However, this is not the cse in Kerala, as the numbers in  corona cases has depleted. The Kerala government and administration, led by Kerala Chief Minister Vijayan, showed readiness to effectively control the infection and curb the number of patients. At the same time, the ratio of corona patient who died  is also the lowest in the world.

The first reported cases of corona infection in the country came on January 30.  This reached to a total of 602 patients gradually. Out of these,  four could not survive and 497 were cured. Today the Kerala model of fighting with corona through social distancing and lockdown is followed in all parts of the world.

Chief leaders of the fight against Corona in Kerala, Chief Minister Pinarayi Vijayan along with the team of Health Minister Mrs. KK Sailaja, Chief Secretary Tom Joss and Principal Health Secretary Dr.Rajan N. Khobragad etc have imposed strict rules. Apart from other senior representatives, doctors, nursing staff Joint efforts of Panchayat level workers have been dedicated and are truly the ‘Warriors’. In other states, the fight against Corona is being fought only through administrative effort. If people understood their responsibilities at village and mohalla level, then the situation would have been very good in the remaining states of the country.

At the centre of the Kerala model is a 63-year-old Health Minister KK Selja, who was once a teacher in a primary school. He addressed the senior officers of the Health Department on 23 January regarding the Corona spread. On 24 January, a covid-19 task force was formed at the state headquarters. The next day, a centre of this task force was established at all the 14 district headquarters of the state. Even now, every day power point presentations are made by the Health Department and specific issues are raised. This is followed by video conferencing with a regular press conference at 6 pm.

The government printed pamphlets in Malayali language and distributed them in the villages. After the nationwide lockdown was declared on March 25, the teachers of the entire state were tasked to monitor those who were quarantined to avoid the spread of infection.

At one time, there were 1.7 lakh people in Kerala in Quarantine. Now this number has come down to less than 20,000. The suspects, who did not have separate bathrooms in the house were quarantined at government expense.  However, while preparing for the worst situation, they had managed to make two lakh emergency beds in hotels, hostels and conference hall in total.

Calling a meeting in the panchayat, the people explained that there is no threat to their health by maintaining a distance of two meters from other persons, applying masks and washing their hands continuously, even if an infected person coughs or sneezes. Now that the fourth phase of lockdown has begun in the country and the second batch of NRIs from abroad under the Vande Bharat Mission has started returning, the risk of a second wave of infection in Kerala has increased. Shailaja says – Do not worry. We are also fully prepared for that. We have prepared plans A, B and C for every situation.